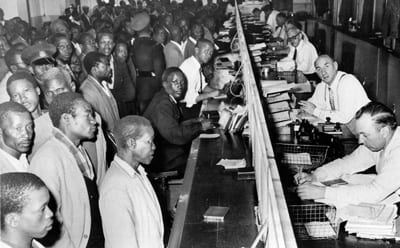 December 28, 2013. Different laws for different races – that’s the definition of apartheid. For some reason, the race-based legal system was despised in South Africa but is embraced in the United States. Here, even the US Supreme Court has upheld America’s apartheid laws. Now, Attorney General Eric Holder illustrates once again that it really is true. 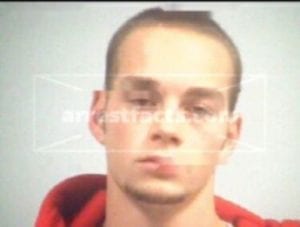 If history is any indication, Whiteout Press readers of all races will plug their ears and run away in disgust at the notion that white people are victims of racism. After all, all white people are rich, racist and evil, right? Heck, blacks and Hispanics are biologically incapable of being racist – it’s physically impossible. And believe it or not, all of the above is actually the law of the land.

Why anyone would assign the word ‘game’ to a violent, criminal and often fatal attack is disturbing in itself. But America’s lust for violence and cruelty has leapt from the TV screen and the battlefields of Iraq and Afghanistan right onto the streets of America. Termed the knockout game, people are punching others in the face as hard as possible in an attempt to, as the name suggests, knock them out.

There are two separate versions of this game, one stupid and the other evil. Anyone who’s watched the Comedy Central show Tosh.O is familiar with the idiotic version of the game. It typically involves young, drunk teens or twenty-somethings, often college students, daring each other to let someone punch them in the face. Usually, based on years of viewer-submitted videos, it’s a white guy letting a white girl punch him in the face. Call it macho, bravado, alcohol induced stupidity – whatever. And it occasionally ends in the young man’s death.

The other version of the knockout game is far more sinister and deadly. According to a slew of news articles published over the past few days, including one from Yahoo News, this new ‘game’ involves young black men hunting for unsuspecting white people. Once chosen, the innocent white person is punched in the face as hard as possible in an attempt to knock them out. The game seems to have started with the targeting of homeless people, the vast majority of which are white in the United States. But it has evolved into a widespread vicious game in the black community where any unsuspecting white person walking down the street is a potential target.

Many outraged Americans applauded when news broke that US Attorney General Eric Holder had indicted an attacker in a knockout game and charged him with a hate crime. But joy turned to outrage once again when it was revealed that the person charged with the hate crime was about the only known instance among hundreds in which the attacker was white and the victim was black. With news investigators citing the fact that the overwhelming majority of ‘knockout game’ incidents involved blacks attacking innocent whites, many wonder why the Obama administration chose this particular attack to charge as a hate crime.

‘The majority of the reported incidents, however, have involved black men targeting white victims – and none triggered federal involvement,’ Yahoo News reported yesterday, ‘The fact that the Justice Department has elected to step in now, when a black man was the victim, has led to criticism among conservative pundits that the Obama administration is applying the hate-crime statute unevenly.’

Unfortunately, this is nothing new. Columnist and former White House staffer for a number of US Presidents – Pat Buchanan – has made a career by being virtually the only American journalist to oppose the racial apartheid that has infected the federal government over the past 25 years. He’s earned the scorn of many self-hating white liberals, as well as most non-whites in the country. But he was right, and the courts have confirmed it.

Buchanan was right when he said it was wrong for only white people to be charged with hate crimes over the past 25 years when 90% of black and white interracial violent crime involves a black attacker and a white victim. Only ten percent of the time was it the other way around. In fact, it took years before the first non-white was ever charged with a hate crime. At the time, the black community was outraged, insisting that it was biologically and legally impossible for a black person to commit a hate crime.

Only in America is the racial legal double-standard so proudly embraced. The rest of the world sees America for what it is. It was only a year ago that the US gained worldwide attention when two teenage white girls in Chicago were violently beaten with baseball bats because, according to the attackers, ‘white people are weak and easy prey.’ One of the girls happened to be a visiting student from Ireland. She’s now all but a vegetable, spending the rest of her sad life lying in a semi-comatose state. The rest of the world saw it as an obvious racial hate crime, but not President Obama and AG Holder.

The Yahoo News piece interviewed teacher David Green from Columbia University in New York who explained why only white people are ever charged with hate crimes. “The reason why you have black perpetrators and white victims being prosecuted asymmetrically hinges on what evidence there is about why they’re doing what they’re doing,” he explained.

But Green refuses to explain how it is that based on their ‘thoughts’, white people are automatically guilty of hate crimes simply because they’re white. While non-white attackers like the ones in Chicago who brutally attacked the white girl from Ireland aren’t guilty of a hate crime, even though they admitted to only seeking out white victims.

In the latest case from Texas, a 27 year-old white man named Conrad Barrett punched a 79 year-old black man in the face, breaking his jaw and knocking out three teeth. He recorded the incident on his smart phone and there are no racial slurs either before, during or after the attack. Instead, Barrett bragged about the November 24 attack at a bar in the presence of an off duty police officer. After arresting him, police searched Barrett’s residence and found a video in which he makes a racial insult and suggests blacks, “haven’t fully experienced the blessing of evolution.”

It was upon that discovery that the Justice Dept announced it would file hate crimes charges. It’s worth noting that in all the videos cited by media outlets so far, Barrett never uses the ‘N word’ once. He always seems to show a certain level of respect by using the term ‘black people’. Albeit, he does it while insulting their level of evolution. But that’s not the typical speech of the average hate crime offender.

WARNING – you are about to be shocked

Grassroots political activists are familiar with the phenomenon by which most Americans react with anger, resentment, meanness and denial when faced with the evidence that their government and country isn’t exactly what they thought it was. That’s also been the universal reaction when one tries to prove that America is a legal system of racial and gender apartheid. But all those ‘angry white males’ are angry for a reason.

Readers can argue that white males have no reason to be mad. But they can’t argue that white males aren’t being systemically discriminated against in all facets of government and society, because one court after another has affirmed it. We’re all familiar with affirmative action, minority quotas, and hate crimes. But your author would like to take this rare opportunity to remind readers of just how wicked and disgusting it’s gotten. I spend every day writing articles trying to help others. This time, I’m going to shine a spotlight on myself, your owner/editor of Whiteout Press.

Being a single-dad for the past 19 years, I’ve spent the last 15 of those raising my two daughters. I’ve also been forced to pay child support every week of those 15 years, for kids I’m raising. Why? “Because child support has nothing to do with children. It’s the mother’s money to spend as she sees fit.” Men simply aren’t entitled to child support, unless they’re wealthy enough to hire the kinds of lawyers that can buy a court verdict.

Raising two kids while being robbed for child support every week made your author and his two kids homeless – the working poor in the flesh. But imagine out surprise when we applied for welfare for the first time in our lives. First, we found out that you can’t get welfare if you’re homeless. You literally have to have a home, or at least a physical address. At the WIC office, your author and the kids were turned away with the question, “What part of women, infants and children do you think you are? Tell the kids’ mother to come in.”

When we tried to apply for housing assistance, we weren’t even allowed to apply. The caseworker would only repeat the sentence, “You don’t meet the requirements.” How could that be? I was a penniless, incomeless, homeless single parent with two small kids living on the street. At the same time, I watched the Chicago Sun Times tout the story of black men, with jobs, without kids, getting their own welfare-subsidized homes. All the old stories were confirmed when the caseworker went to make copies and a different caseworker walked up to your author and whispered, “You’re not the right color.”

After a lifetime of being told I wasn’t the right color or sex to receive college financial aid, or college admission, or a government job, or any of a hundred other things, your author’s children were now suffering and I’d had enough. I contacted the Dept of Justice’s Civil Rights Division. After endless runarounds, I was finally informed that it’s not illegal to discriminate against white males and my kids and I had no legal basis for a complaint. “Maybe someday the Supreme Court will change that,” they told me. And thus ended my education on America’s apartheid state.

If anyone would like to make a small donation to help us with out efforts, please visit our Donation Page. And thank you.

When was Jesus really born?