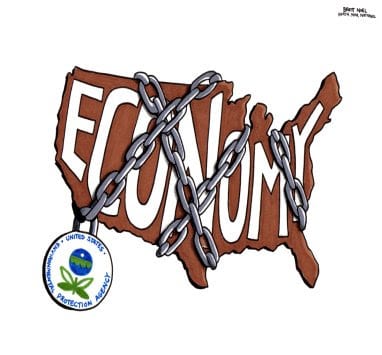 November 10, 2013. Herculaneum, MO. America’s last remaining lead smelting plant will close its doors forever next month. The decision comes as a result of newer, tougher EPA standards that the aged plant is currently unable to comply with. Gun owners are wondering what that will do to the cost, supply and availability of ammunition. 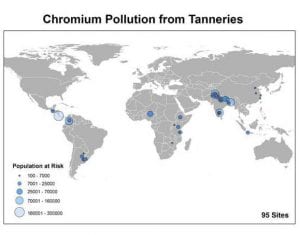 The Doe Run Company, the last remaining lead smelter in the US, employs 220 people at its Herculaneum, Missouri lead smelting plant. The facility has been in operation since 1892. According to a statement released by the company three days ago, 145 of their employees will be laid off on December 31, 2013 with 73 contract workers also losing their jobs. 75 employees will be retained for up to one year to manage the plant’s physical closure.

Explaining the facility’s closing, the company’s statement reads, ‘In 2010, Doe Run reached a comprehensive settlement with the US Environmental Protection Agency and the state of Missouri. As part of that settlement, the Company agreed to discontinue its smelting operations in Herculaneum by the end of 2013. Over the operating life of the smelter, the company spent millions of dollars in environmental and other upgrades. Continuing to upgrade the aging smelter to attempt to meet the increasingly stringent environmental regulations imposed on primary lead smelters was not economically feasible given the many other requirements of our business.’

The statement also recounts how in 2010 and 2011 the company invested in a new technology that smelts lead with an electrowinning, wet-chemical process rather than the age-old heating method. Using extreme heat to melt the lead causes the release of lead emissions into the air, which is the reason the EPA shut down the facility. But converting their Missouri plant to the new smelting method proved too costly for the company to continue with. It still hopes to open a new plant somewhere in Missouri on a smaller scale sometime in the future.

The National Rifle Association’s Institute for Legislative Action released a statement condemning the Environmental Protection Agency for being single-handedly responsible for the plant’s closure. ‘Doe Run made significant efforts to reduce lead emissions from the smelter, but in 2008 the federal Environmental Protection Agency issued new National Ambient Air Quality Standards for lead that were 10 times tighter than the previous standard,’ the organization announced, ‘Given the new lead air quality standard, Doe Run made the decision to close the Herculaneum smelter.’

According to the statement from The Doe Run Company, ‘In 2008, the National Ambient Air Quality Standard for lead was reduced from 1.5 µg/m3 (micrograms of lead per cubic meter of air) to 0.15 µg/m3.’

While 80 percent of all the mined iron in the US is used in vehicle batteries and back-up generators, the NRA wonders aloud if the Obama administration’s closing of the country’s last remaining primary lead smelter isn’t some kind of attack on firearm ammunition.

‘Whatever the EPA’s motivation when creating the new lead air quality standard, increasingly restrictive regulation of lead is likely to affect the production and cost of traditional ammunition,’ the 2nd Amendment advocates announced, ‘Just this month, California Governor Jerry Brown signed into law a Bill that will ban lead ammunition for all hunting in California. The Center for Biological Diversity has tried multiple times to get similar regulations at the federal level by trying, and repeatedly failing, to get the EPA to regulate conventional ammunition under the Toxic Substances Control Act.’

That flushing sound – jobs and US self-reliance

Critics of the new EPA standards accuse the administration’s air quality limits of being responsible for sending even more jobs out of the country. When the Doe Run smelter closes next month, it will spell the end of America’s ability to produce items made of lead from start to finish, from mining to casting.

While America will no longer have the ability to smelt mined lead, there are still many facilities around the country that recycle lead at facilities called ‘secondary lead smelters.’ Already, the vast majority of US products containing lead are made from recycled metal. In fact, 98 percent of all lead-containing batteries are successfully recycled in the US. That makes them the most commonly recycled consumer product in the country.

As the NRA points out, bullets and ammunition are only one item made from lead. Batteries, construction materials, medical radiation protection, airport and school security scanners, military radiation protection – these are some of the other common uses for the metal. And as they remind us, many items that utilize lead can’t use recycled lead. They require raw, mined and smelted lead like the kind previously produced at Doe Run’s Herculaneum plant. For those manufacturers, they’ll have to import it from foreign countries after January 1.

For its part, the owners of the Doe Run Company have made herculean efforts to help their 145 employees and 73 contract laborers find new jobs. Some are being transferred to other Doe Run divisions and facilities, while others are finding jobs elsewhere or taking advantage of the company’s job training and employment assistance program.

‘This past year, we have worked with our Herculaneum employees to help them transition into new opportunities,’ the company states, ‘Some have taken jobs within other divisions of our company; others have found new careers. Those who remain have been provided skill assessment and training, resume and interviewing skill building, financial counseling and a variety of services. We have a dedicated, hardworking and skilled workforce and we are making every effort to help them transition successfully.’