Have you ever met a devout Christian, or what some call a fundamentalist Christian? If you have, you know that they not only don’t celebrate Christmas, they despise the holiday and some even condemn fellow Christians who do celebrate it. Why? Because it’s not really a Christian holiday and has almost nothing to do with Jesus Christ.

The first Christmas was celebrated on December 25, 336 AD in Rome. Curiously, that seemingly all-important date is conspicuously absent from most historical timelines of the Catholic Church or the Christian religion as a whole. Why is it missing? As harsh as it sounds, it’s most likely for the same reason so many other historically significant happenings are – the Church flip-flopped on an issue and wanted future generations to believe the new doctrine had always been the official stance.

To gain an understanding of the true meaning of Christmas, one must travel back in time 1,700 years to the time when the holiday was first created. Eleven years before the first Christmas in 336 AD, the Christian religion suffered its first major split. Led by Arius of Alexandria in Egypt, half the Church believed that God was supreme and had created Jesus as a subordinate, somewhere between man and God. At the same time, the Church establishment was adopting the belief that God and Jesus are one and the same.

The Roman Emperor Constantine in Byzantium, as was the case for the previous 300 years, was torturing and murdering Christians in an attempt to stop them from taking over his empire. After winning a major battle following a dream about conquering under the banner of the Christian cross, Constantine switched to the Christian religion, declared it the official state religion of the Roman Empire, and began to change Christianity’s beliefs and tenets to suit his needs and the needs of the Empire.

Seeing an opportunity to end the centuries-old persecution of their followers and actually have their ranks increase exponentially at the point of a sword, the Church’s leaders embraced the state government and allowed it to take control of their religion. Constantine and the Roman Empire rewarded Church leaders handsomely. He passed laws allowing the Church to own property and even donating some of the Empire’s vast holdings, thus creating what would become the wealthiest entity on Earth.

It was the year 321 AD that Constantine gave the Church the right to enrich itself and own wealth and property. Three years later, he moved the capitol of the entire Roman Empire from Rome to Byzantium, soon to be renamed Constantinople in his honor. And one year after that, a violent civil war broke out between Arius’ half of Christianity and Constantine’s half. Opposing the state-controlled religion proved Arius’ downfall and he and his followers were excommunicated.

In that same year of 325 AD, Constantine, the Roman Empire and the Christian Church officially adopted the concept of the holy trinity – God, Jesus and the holy ghost are one and the same. The new Church-State entity also co-opted the world’s most popular pagan holiday of the time and began to rewrite the history of Jesus.

April 17, 5 BC – Jesus is born. Date taken from a combination of ancient census data, astronomical history and the recorded citing in China of a comet that lit up the sky for 70 days.

80 AD – New Testament writer Matthew first gives the astronomical spectacle a name, ‘the Star of Bethlehem,’ connecting the Chinese comet with the star now associated with the three wise men.

243 AD – Unearthed ancient and anonymous document written in 243 AD reportedly records the birth of Jesus and assigns his birthday to March 28.

December 25, 336 AD – the first recorded Christmas was celebrated by the Christian religion in Rome. History shows the holiday was confusing from the start. In Constantinople, the holiday was assigned to the local Saint – St. Nicholas. Throughout the rest of the Empire, the new holiday co-opted the most universally celebrated holiday of the time – the Solstice. Celebrating the birth of the Sun, or to some the Sun God, the day marked the shortest day of the year and the beginning of longer days and the new birth of life.

525 AD – The state-recognized Monk of Rome, Dionysius Exiguus, calculates the birth of Jesus based on the Empire’s new calendar. He officially announces that Jesus was born eight days before New Years in the year 1 AD. The birth of the Sun God and the birth of the Son of God are now merged into the same global celebration.

Jesus, Saint Nicholas and the making of Christmas

From 336 AD when the first Christmas was celebrated in Rome to 525 AD when the day was officially assigned to mark the date of Jesus’ birth, the holiday had taken on a life of its own. Throughout modern day Turkey, Germany and much of the future Holy Roman Empire, the holiday was assigned to St. Nicholas and celebrated in the first week of December. Honoring the patron Saint of poor children, kids were encouraged to leave their shoes out overnight and in the morning they would be filled with small presents. In America, that tradition would see stockings replace shoes.

Other websites throughout the internet bring us additional facts about the evolution of Christmas that most people, including Christians, aren’t aware of. One site describes how in Finland, Santa Claus rides a goat not a sleigh. Another describes how in Holland, he even has his own servant that accompanies him while distributing presents on Christmas. In Syria, Christians say Santa distributes gifts on camelback.

Modern day Christmas may have taken on a name associated with Jesus Christ due to an extraordinary effort by Church leaders over the centuries, but the holiday has come to be a universally celebrated day that honors not just one person, but the idea behind that one person. Whether it be Jesus or St. Nick or even another ancient local hero from another culture, the idea of giving to those less fortunate has become a worldwide celebration.

And while the day itself, December 25th, is derived from the ancient pagan holiday marking the time of year when the days start getting longer and the life-sustaining Sun burns brighter, the meaning of Christmas can be claimed by the Christian teaching of charity. And giving to those less fortunate than ourselves is an idea that everyone on Earth can celebrate, not just Christians. 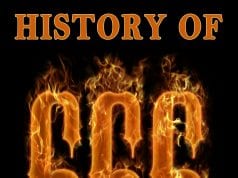