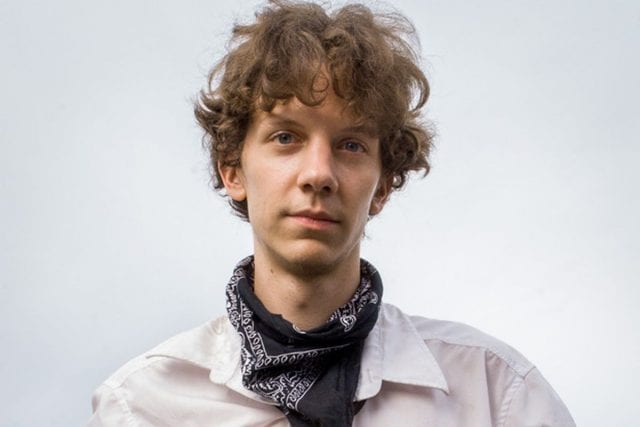 November 21, 2013. Manhattan. The most accomplished of Anonymous hackers, Jeremy Hammond, was sentenced to ten years in federal prison last week. It was the result of a plea deal that spared the Robin Hood of the Internet from a lifetime behind bars. Hammond has sworn off hacking, but he also swears the government set him up and if it wasn’t for their agent, the crime never would have occurred. 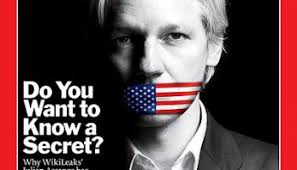 Jeremy Hammond, sentenced to 10 years but swears he was set up. Image courtesy of CindysBeenTrippin.com.

It’s no conspiracy or unproven allegation. It’s a fact that Hector ‘Sabu’ Monsegur was the most experienced and longest active of all the Anonymous hackers. But he got caught and began working for the FBI in exchange for leniency. In a world where the number one rule is to stay anonymous, the informant managed to take control of the underground organization. He then provided details for foreign and corporate targets and gave the order for people like Jeremy Hammond to hack their computers. The FBI was in charge. And their informant ordered the attacks.

Hammond pled guilty to one count of violating the Computer Fraud and Abuse Act. In exchange, he was sentenced to ten years in prison plus three years probation. In a jailhouse interview with The Guardian the day before his sentencing last week, Hammond insisted he was set up and the government is doing whatever it can, legal or illegal, to stop computer hackers, especially the next generation of Anonymous.

The paper quoted Jeremy Hammond calling his prosecution a, “vengeful, spiteful act” by the US government to literally get back at the kids from Anonymous who broke into every computer system the US government had, including the FBI. Anonymous was manhandling the Obama administration so badly at one point that Hillary Clinton’s entire State Department had to physically unplug all their servers and computers to stop the breaches. As Hammond put it, “A lot of it is because they got slapped around, they were embarrassed by Anonymous and they feel that they need to save face.”

Working for the FBI

“It is kind of funny that here they are sentencing me for hacking Stratfor. But at the same time as I was doing that, an FBI informant was suggesting to me foreign targets to hit,” Hammond told the publication during the prison interview, “So you have to wonder how much they really care about protecting the security of websites.”

Showing the selfless trait that has made Hammond a favorite among hackers, computer experts and civil rights activists, he casually told the reporter that he always knew a long prison term could be the final result of his many secret and illegal internet Robin Hood style campaigns. “I knew when I started out with Anonymous that being put in jail and having a lengthy sentence was a possibility,” he admitted, “Given the nature of the targets I was going after, I knew I would upset a lot of powerful people.”

Hammond also brought up the recent death of internet pioneer Aaron Swarz. Swarz was the young co-inventor of the RSS feed and one of the original co-creators of the social media site Reddit. Like Hammond, Swartz couldn’t stand to see billionaires and corporations trample on the poor, young or helpless. Aaron Swarz stole and publicly released a gigantic portion of the Harvard University pay-for-use digital library. The FBI arrested and charged him with the same crime as Hammond.

After an over-zealous months-long interrogation of Swarz and his family, the young man finally took his own life rather than deal with the Justice Department’s terror campaign against him. Immediately, his father publicly accused the US prosecutors of murdering his son. “The same beast bit us both,” Hammond recalled for The Guardian, “They went after Aaron because of his involvement in legitimate political causes. They railroaded charges against him, and look what happened.”

A tool of the NSA

In his jailhouse interview the day before his sentencing, Jeremy Hammond was admittedly cautious when he talked to The Guardian. He was under strict orders not to discuss any aspect of the case with the media. So Hammond was guarded as he slowly got around to what he truly believes was the government’s motivation and why he’s in the spot he’s in.

The report tells how Hammond had a hacking tool called PLESK that allowed him to break through some of the most secure internet and computer systems on Earth, including those used by numerous foreign governments. “The FBI and NSA are clearly able to do their own hacking of other countries,” he said, “But when a new vulnerability emerges in internet security, sometimes hackers have access to tools that are ahead of them that can be very valuable.”

As detailed in the book ‘We Are Anonymous’, reviewed here at Whiteout Press, hackers the world over are overly secretive about both their identities and the creative tools they use for hacking. Always building a newer and better mousetrap, the group Anonymous knew Jeremy Hammond had a powerful cyber weapon. And with the FBI calling the shots within the leadership of the group, the federal government suddenly knew it too. Without saying as much, Hammond believes the government’s ultimate goal wasn’t to stop him and put him away. It was to catch him and enlist him and/or his mysterious and powerful hacking tool for international espionage.

Even before the Robin Hood of the internet was sentenced last week, his supporters had created numerous websites and Facebook pages demanding Jeremy Hammond’s release. One of them, FreeJeremy.net, describes what Hammond has been subjected to while in federal custody.

‘Since March of 2012, Jeremy has been denied bail, cut off from his family, and held in solitary confinement – treatment normally reserved for the most egregious offenses,’ the site’s home page pleads, ‘He did nothing for personal gain and everything in hopes of making the world a better place. He is facing a maximum sentence of ten years, but the minimum is zero. It’s time for him to come home.’

The group submitted 265 letters of support, including 36 from respected technology leaders and civil liberties organizations. Unfortunately, Hammond and his supporters have been at the mercy of Judge Loretta Preska. Before his trial even started, it was revealed that Judge Preska’s husband was a business associate of the victim – Stratfor. She insisted she could still be impartial and the rest of America’s Judicial branch stood idly by knowing full well she and her husband had every reason to have a vendetta against Jeremy Hammond. He had just leaked millions of emails, including some from Judge Preska’s husband.

While the late Aaron Swarz never had the opportunity to expose his tormentors within the US Justice Department, Hammond’s case has revealed his for the whole world to see. First, he was ordered by an FBI informant to break into the computer systems of a company he’d never heard of and had no interest in. Then after they arrested him for it, he faced a judge whose husband worked for the corporation he was ordered to break into. It’s no wonder Jeremy Hammond feels set up.

For more information, visit FreeJeremy.net or visit one of the Free Jeremy Hammond Facebook Pages.

Book Review – We Are Anonymous