Home Uncategorized Question asking if Soldiers would fire on Americans back 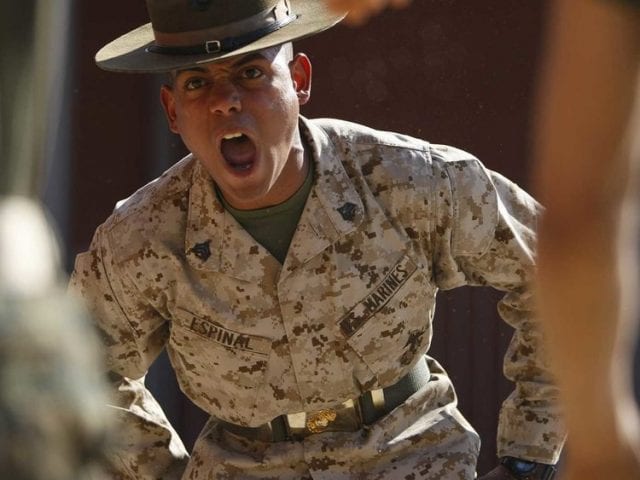 November 4, 2013. Make no mistake about it. One of the most shocking revelations in recent decades was when it was discovered in 1994 that the US military was surveying US soldiers to see if they’d be willing to fire on unarmed American citizens while confiscating their guns. Now, whistleblowers say the Obama administration is quietly asking the military that question again.

The question that launched the military underground

‘I would fire upon US citizens who refuse or resist confiscation of firearms banned by the United States government – [Strongly Disagree] [Disagree] [Agree] [Strongly Agree] [No Opinion]’ – that was the final question on a 1994 survey administered to certain US military personnel from the Army, Navy and Marine Corps. Once discovered, like Paul Revere speeding through the streets of Massachusetts, active and retired US soldiers frantically and immediately spread the warning from one end of the country to the other.

For such an admitted and documented fact, the notorious “I would fire upon US citizens” military survey question has been retired to history’s ‘conspiracy theory’ archive. But even well-meaning sites like TruthOrFiction.com attempt to discredit the rumor while simultaneously confirming its authenticity.

The website writes, ‘The survey does exist and was passed out to a few hundred Marines in 29 Palms, California in 1995, but not by the Pentagon…The survey was part of an academic project on the part of a Navy Lieutenant Commander Ernest Guy Cunningham who was earning his Masters Degree from the Naval Postgraduate School in Monterey, California. The survey alarmed some of the Marines and copies soon started being circulated among gun rights supporters. Lt. Cmdr. Cunningham told McManus that he was a member of the National Rifle Association himself and didn’t agree with the tone of the questions. He said the survey was intended to confirm and then pass on to higher authorities his fears about “the lack of knowledge among the soldiers about the US Constitution, the Declaration of Independence, and their heritage as Americans.”’

As innocent and harmless as that account, and many like it, makes the survey question sound, it doesn’t even begin to scratch the surface of the history of that ominous military question. Lt. Cmdr. Cunningham didn’t simply make up the question, “would you fire on US citizens” out of thin air. It had been quietly and unscientifically asked throughout the service since George HW Bush and his “New World Order” handed the reins of world power to Bill Clinton in 1992.

Closer to the truth

The website Knology.net relives the episode from America’s recent history in extensive detail. Your author was also smack dab in the middle of this one and was one of the many, many Americans frantically making black and white photocopies and warning as many unsuspecting people as means would allow.

When Bill Clinton moved into the White House in January 1993, the US was already grappling internally with creating rules for US military involvement in UN peacekeeping missions. The discussions culminated in the President’s signing of ‘Presidential Decision Directive (PDD 25)’ in May 1994. View a White House press release detailing the secret global agenda for details.

Through the previous years when America’s global peacekeeping role was being secretly debated in Washington, scenarios repeatedly lead to one specific question – if the US government can’t or won’t use foreign UN peacekeepers to suppress the American people on US soil, can the American military be relied upon to actually fire on their own citizens?

Those who remember the early 1990’s remember vivid stories of mysterious black helicopters with no markings carrying Russian or Chinese assault troops secretly patrolling America’s back roads and sleepy hamlets. It was thought at the time that the US federal government was working with the UN to develop an occupation force made up of uncaring, non-emotional foreign troops to put down coming insurrections in America.

In reality, government documents now show that Washington was just as against using foreign troops on US soil as the American people were. The government also appears to have taken seriously its pledge to not put US soldiers under the command of foreign officers, even those of our closest allies. So with foreign troops and foreign officers being ruled out, the question kept coming back, ‘Would US soldiers fire on unarmed US citizens if given the order to?’

Those discussions were widely taking place in 1992, three years before the notorious survey question is officially reported as having been administered. In 1993, the question was asked to US Marines – two years before the official story says it was asked. Also, it wasn’t just asked to “a few hundred Marines” as some of the anti-conspiracy sites erroneously report. In reality, the question, ‘would you fire on unarmed American citizens’ was put to Navy Seals, US Marines, Army Delta troops and who knows how many others by now.

Only thing scarier than the question is the response

While the notorious survey question has been floating around for 20 years, so have various versions of the results of the survey. As far as we’re aware, none have ever been officially verified. Your author remembers one report saying that only one in five US soldiers answered in the affirmative, that they would fire on US citizens while in the process of confiscating their firearms. For officers, the number was as low as one in twenty. But as we warned 20 years ago, even 20% represents 400,000 US soldiers willing to shoot unarmed US citizens if ordered to.

The account from Knology.net reports that those numbers are low and the situation is even worse than thought. One organization repeated the survey themselves back in 1995, asking US military personnel the exact same question. Their results show, ‘Frighteningly, among service members with less than 10 years of service, 63% agree or strongly agree with question #46: I would fire upon US citizens who refuse or resist confiscation of firearms banned by the US government. Among new recruits, almost 90% give the same response. Of those with more than 15 years of service, 87% replied “disagree” or “strongly disagree”.’

The question is back

Two weeks ago, retired Navy Seal Benjamin Smith appeared on Fox News describing how he fears that the federal government under the leadership of the Obama administration has declared a secret war on American veterans and gun owners – the two groups repeatedly shown most likely to make an armed defense in protection of the American people and US Constitution against the government.

Days later, Smith again took to the airwaves. This time, he appeared on Infowars with Alex Jones. Unlike the establishment media that steers away from any serious accusations of Martial Law or dictatorship, Jones went straight to the point. The retired Navy Seal had been insisting the US government is administering a type of litmus test to military personnel asking if they’d be willing to disarm the American people.

Jones took the scenario one step further and asked the twenty-year-old question, does the current Obama administration litmus test include gauging whether or not individual soldiers would be willing to fire on Americans while disarming them? According to the report, “Smith answered in the affirmative.”

Rather than paraphrase the exchange, we’re going to reprint the exact transcript of the three-minute radio interview between retired Navy Seal Benjamin Smith and Inforwars radio host Alex Jones. It should be noted, Smith initially only references the ongoing litmus test being given by the Obama administration to US military personnel. Jones then assumes the litmus test includes the notorious survey question, “would you fire on American citizens” and Smith simply confirms, “Yes.”

The below exchanged aired on October 22, 2013 on the Alex Jones Show radio program as well as Infowars Nightly News:

Ben Smith: Going back to the beginning of this administration, I’ve had friends within the community talking about how they were brought in and questioned with people from more towards the top side and the questioning resulted in, kind of, where it was pointing was, ‘Do you feel comfortable disarming American citizens.’ And you can see that now with the shedding of a lot of the officers and stuff like that. It’s, you know, we don’t have a one hundred percent track on it. But there’s a lot of funny things happening within the military.

Alex Jones: Now, that’s bombshell and I want to quantify that. I have Secret Service, FBI sources on record, on the air, but also covert sources that are currently in. They say exactly that for two years. There is a litmus test where officers from the Generals down to Lieutenant Generals down to Majors down to Sergeants, Master Sergeants – will you fire on US citizens? And if you say ‘no’, you’re sent to the worst hell hole, or basically kicked out. If you say ‘yes’, you’re put in special Homeland Security units. Quantify, you’re saying people in the community, the special warfare community, are saying they have been brought into litmus test meetings?