Home Uncategorized Next US Bomber fleet to be Unmanned 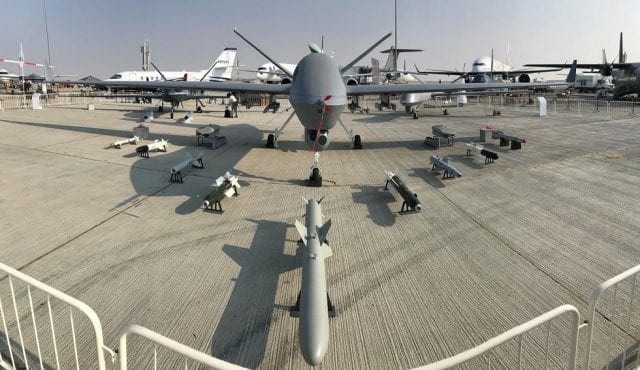 November 9, 2013. Boeing and Lockheed Martin announced that the two companies will team up to bid on America’s next generation long range bomber. With specific details top secret, some information is publicly available. One interesting requirement is that the nation’s future bomber fleet be made up of unmanned aircraft. 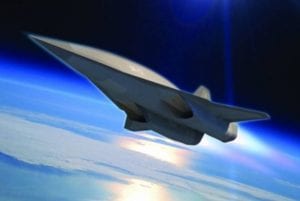 Lockheed Martin’s SR-72 hypersonic spy-bomber may be an indication of what future US bombers will look like. Image courtesy of Lockheed Martin.

Currently, the B-52 is America’s long range bomber. If military strikes ever needed to be carried out deep in the heart of China, Russia or some other Asian or polar country, it would be the B-52’s carrying out the mission. But that won’t be the case for long. The US Air Force is taking bids for its future $100 billion long range strike bomber program.
“The LRS-B program is a top modernization priority for the Air Force and critical to our national security,” USAF spokesman Ed Gulick said, “The Air Force looks forward to working with all participating industry partners on this very important program.” He said the Air Force is expected to order up to 100 of the futuristic bombers, which aren’t expected to be available for delivery until sometime around 2025.

America’s current long range bomber fleet is made up of just under 200 B-52’s. The plane is a product of the 1960’s and the average age of the current bomber force is 30 years old. During the 1980’s, the Air Force began acquiring smaller, faster, stealthier B-1 bombers. And in the 90’s, the military upgraded to the B-2. Another bomber program was well underway but cancelled during the economic crash of 2008.

The new long range bombers are expected to cost $550 million each, not including certain engineering and manufacturing charges. After reading various write-ups regarding the Air Force’s request for bid, it’s obvious the government’s spending sequester is taking its toll. The military makes it clear that unlike past projects, it now fully expects contractors like Boeing, Lockheed Martin, Northrop Grumman and others to invest their own money in research and development rather than the taxpayers.

The nation’s two most recent bomber programs, the B-2 and the cancelled LRB project, were both fraught with cost overruns. Government procurement officials have suggested that the companies that invest the most will develop the best products and should reap the rewards of future contracts.

With three Air Force manufacturers having the inside track to win the bid for the $100 billion long range strike bombers, it was a surprise when Boeing and Lockheed Martin announced they would work together on the proposal, with Boeing taking being the main bidder and Lockheed playing a supportive role. The third company, Northrop Grumman, hasn’t announced if it will submit a bid.

Industry analysts typically agree that Northrop Grumman is the most experienced when it comes to modern bomber technology. The company’s B-2 stealth bombers are the most advanced in the Air Force’s bomber fleet. That would have given them the advantage in the LRSB program. But with Boeing and Lockheed Martin teaming up, that is no longer the case.

Some industry experts suggested Northrop Grumman may not even bid on the project due to the program’s strict cost restraints. The company already walked away from a previous contract for the same reason. And the Air Force is still stinging from the cost overruns from Northrop’s B-2 bombers. The plane was supposed to replace Boeing’s aging B-52’s. But the government only ended up ordering 20 of them due to the high cost.

Still, one analyst suggested that Northrop Grumman may still have the inside track simply because the Air Force and Congress like to give each of its major suppliers at least a little business, and the jobs that go with it. Currently, Lockheed Martin is manufacturing the latest F-35 stealth fighter jet while Boeing is working on the KC-46 refueling tanker.

Lockheed Martin may be attempting to solidify their expertise and imagination when it comes to impressing the Air Force with modern technology. Just in the last few days, the company released details of its secret hypersonic spy and strike vehicle – the SR-72. It’s America’s future long range spy-bomber.

As detailed by Aviation Today in an article published yesterday, Lockheed Martin’s Skunk Works team has been working for years on a rocket propulsion system for a hypersonic jet. Now, with unmanned vehicle technology advancing so rapidly, engineers put the two technologies together and came up with the most impressive unmanned aerial strike vehicle imaginable.

The unmanned jet can travel at Mach 6 – six times the speed of sound. The account quotes Brad Leland, hypersonics program manager at Lockheed describing the air battles of tomorrow. “Hypersonic aircraft, coupled with hypersonic missiles, could penetrate denied airspace and strike at nearly any location across a continent in less than an hour,” he said, “Speed is the next aviation advancement to counter emerging threats in the next several decades. The technology would be a game-changer in theater, similar to how stealth is changing the battle space today.”

Showing just how wide the disparity in long range bomber technology is, two days ago a coming Congressional report was leaked which details China’s latest long range bomber program. While it would allow the Chinese to strike Hawaii for the first time, the bomber pales in comparison to its counterparts in the USAF.

According to details of the report published by the Free Beacon, the Chinese have begun deploying its new fleet of H-6K long range bomber. The plane is on par with America’s B-52 and is based on 1960’s Soviet bomber designs. The difference, US analysts say, is that the plane will be equipped with the most modern Russian cruise missile. The CJ-20 is a long range cruise missile capable of carrying a nuclear warhead.

Also of interest, the report includes intelligence describing China’s newest unmanned aerial attack drone. Analysts say it is remarkably similar to the US MQ-9 Reaper UAV. The Reaper is widely in use in Afghanistan and Pakistan, carrying out missile strikes while being remotely operated by pilots in offices in places like California and Virginia. The report says the new Chinese strike drone is most likely the product of cyber espionage against the US military, US contractors or both.

Obama is “good at killing”…First Responders

Melissa Sanchez - November 27, 2022 0
In Little Rock, Arkansas, finding rentals and homes for sale can be a tough challenge, especially when you’re looking in the Lake Maumelle area....