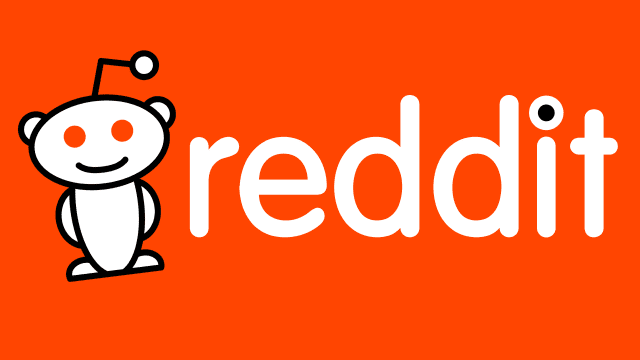 November 8, 2013. San Francisco. (ONN) The popular social media site Reddit is taking heat again for its obsessive desire to eradicate all independent or alternative news outlets from its service. The ban is admittedly political, as it only affects content in its Politics category. And it looks like only Wall Street owned press outlets are published on the site. 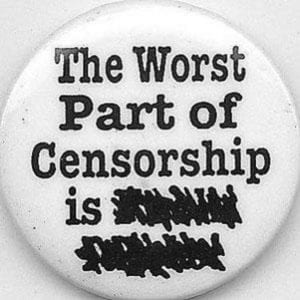 After viewing the published list of news outlets banned by Reddit versus those the social media site deems acceptable, it raises questions about the site’s motives. Reddit’s owners insist they only ban news sites from their political category, “to reduce the number of blogspam submissions and sensationalist titles” as well as to limit the dissemination of “bad journalism.”

But the most glaring difference between the two lists of news publishers is that the acceptable list is full of Wall Street owned corporations who parrot government propaganda. While the list of banned media outlets is full of independent press sites that don’t censor their stories to protect the government. For Reddit to claim the lists are all about quality and have nothing to do with politics is a tough sell.

That’s not to say there aren’t some very good, very independent-leaning news outlets on Reddit’s acceptable list. They include the ACLU, Bloomberg, the Daily Mail, Los Angeles Times, NPR, PBS, RT, Sun Times, and The Guardian.

Reddit is making a large number of internet enemies among grassroots news outlets that are no longer welcome or allowed on the site’s Politics section. The site has had a secret ban in place for at least two years that removes or blocks political news articles that challenge the ‘powers that be’. News outlets that have seen their stories blacked-out by the social site include Huffington Post, Infowars, Fox News, Mother Jones, Drudge Report, The Daily Caller, World Net Daily, Salon, The Blaze, and Media Matters.

See the full lists and compare for yourself (from Reddit):

The latest controversy surrounding Reddit’s crusade against independent news outlets isn’t new. In fact, over a year and a half ago, the social media site was exposed for using secret banned lists to censor user-submitted content. Forbes quoted the Reddit user who discovered the practice by posting, “reddit admins enabled a new feature where links from domains on a secret list cannot be posted, even by moderators, even in their own reddits.”

Forbes went on to write, ‘Reddit is a site that claims to be all for online democracy and transparency. This abrupt act of censorship has triggered a response from users—and the upset is gaining momentum by the second. ‘ Again, this is from June 2012.

With the latest round of censorship by Reddit being exposed, some of the news outlets who found themselves on the ‘banned’ list had harsh words for the social media site. Last week, Mother Jones’ co-editor Clara Jeffrey called the ban list, “a fairly haphazard list of publications that do really great reporting around politics, from left right and center.”

Jeffrey then went on the question Reddit’s blatant hypocrisy by responding, “Particularly for something that’s entire ethos is about openness and user-driven conversation, right? It’s not something you expect in a free society, and especially for something that prides itself as being at the bleeding edge of user driven content and First Amendment principles.”

A recent article from Politico also questioned Reddit’s motives and tactics. The outlet quoted a critical account from Slate.com asking, “Does the Huffington Post engage in a good deal of what the moderators might call ‘blogspam’ – i.e., ‘quoting other articles to get page views?’ No doubt. But it also won the 2012 Pulitzer Prize.” The article goes on to ask, “Does Salon sometimes appeal to its readers’ liberal ideological bent to stir up their emotions? Sure – but so do plenty of other outlets that lack half the intelligence and insight of some of Salon’s best writers.”

Alex Jones and Infowars, also on the banned list, appear to see the controversy in the same light we at Whiteout Press do. The ban has nothing to do with quality journalism and everything to do with political propaganda. In an article published three days ago, Infowars says, ‘Alternative news sites have been up in arms over the fact that some moderators at the popular social media news gathering site Reddit have banned users from posting content from almost all alternative media sources, including Infowars.com.’

The article goes on to point out, ‘Users have reacted with anger that the approved list contains purely mainstream news…The banned list, meanwhile, contains practically every major alternative news source you can think of.’ Using the two news outlets most notorious for sacrificing accuracy and quality for political propaganda – MSNBC on the left and Fox News on the right – Infowars notes, ‘Interestingly, while MSNBC appears on the approved list, Fox News appears on the banned list.’

The most ironic and painful part of Reddit’s public act of political censorship is that one of the social media site’s earliest creators gave his life for the free flow of information to the masses. In 2005, the idea of Reddit was born from two 22-year-old college graduates. Four months later, the pair brought in two more individuals to develop the idea that became Reddit. One was the young genius and co-inventor of the RSS feed at age 14, Aaron Swartz, who was now part owner of the new Reddit site.

Swartz was a strong believer in the notion that knowledge is power. And he was a fierce advocate for free speech and the free flow of knowledge and information to everyone, not just those who could afford to buy it. One year after the four men came together, Reddit was purchased by the giant corporation Conde Nast Publications. It took only four months from that point for Swartz to see what corporate, for-profit ownership does to a noble idea and he left the company. That was January 2007.

In 2008, Reddit followed the Wall Street corporate path while Aaron Swartz followed his heart. First, he launched Watchdog.net, a site that would surely find itself on Reddit’s banned list today. In 2009, he founded the Progressive Change Campaign Committee. In 2010, Swartz co-founded Demand Progress. In 2011, he was a Lab Fellow at Harvard University and part of its Institutional Corruption project.

In 2012, Aaron Swartz was one of the national faces in the campaign to stop the unpopular ‘SOPA’ legislation which would have made it a crime to quote, reprint or republish anything online without the documented approval of the original author. The law would have basically shut down every website on the web except for those of the few dozen multi-national corporations that own all the words, songs, pictures and ideas on Earth. As comedian Chris Rock likes to call them, “These are the people who own the color blue.”

Perhaps nothing illustrates the big picture and the reason Reddit bans independent news outlets more than the fact that Reddit co-founder Aaron Swartz is dead while Reddit’s owners get rich. Reddit went the corporate path while Swartz supported the freedom of information. And that’s the key to understanding Reddit’s motivation today.

As explained by Wikipedia, in 2006 Swartz downloaded entire sections of the Library of Congress and made it available for free to the public. Until then, the government charged a fee to access it. But since it wasn’t copyrighted, he didn’t break any laws.

In 2008, Swartz downloaded and released for free more than 2.7 million federal court documents. The government charged .08 cents per page for access to them. Wikipedia writes, ‘Huffington Post characterized his actions this way: “Swartz downloaded public court documents from the PACER system in an effort to make them available outside of the expensive service. The move drew the attention of the FBI, which ultimately decided not to press charges as the documents, were, in fact, public.”’

In 2011, Swartz moved even further from his former partners at Reddit. While Reddit censored whistleblowers, Swartz made it his mission to protect them. He joined with another developer who together designed an online vehicle by which anyone could send encrypted details to the media without exposing either party’s identity to the watchful eyes of federal authorities. Swartz said he was motivated after seeing the horrors that whistleblower Bradley Manning was being subjected to.

At the same time, Aaron Swartz was working for Harvard University and using both Harvard’s and nearby MIT’s computer labs for work, as well as activism. It was there that he embarked on a typical mission of his – he would download and release Harvard’s JSTOR library of millions of research papers. The documents were only available for a fee.

This time, federal agents arrested Swartz. He was persecuted and prosecuted by federal authorities until he reached the point of suicide. Facing what was being portrayed as life behind bars for the equivalent of giving library books to the poor, Swartz’ father told the press that federal prosecutors murdered his son. Many supporters of Aaron Swartz would agree.

The moral of the story is that knowledge is power. And there are those of us who believe everyone should have access to information and knowledge, like the late co-creator of Reddit Aaron Swartz. And then there are those who work to keep knowledge out of the hands of the masses, like Reddit, preserving power and profits for the few that currently have it.

Question asking if Soldiers would fire on Americans is back