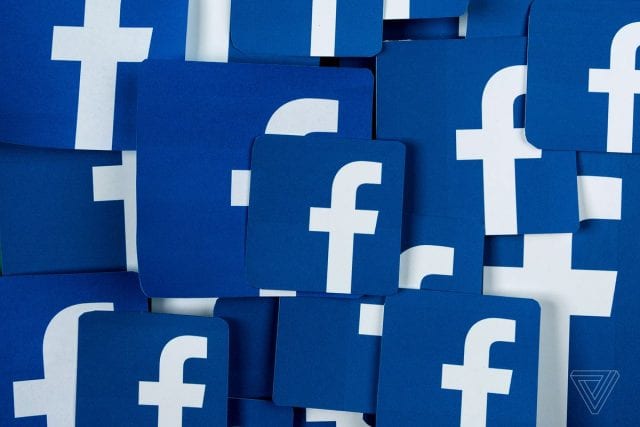 November 7, 2013. Two days ago, voters in various states went to the polls in their off-year elections. While the corporate media focuses their attention on Chris Christie and Terry McAuliffe, the rest of America may want to know what happened in the votes regarding GMO labeling, fracking, marijuana, minimum wage, secession and the long-shot Libertarians. Here they are. 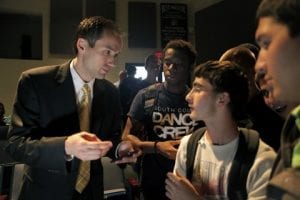 Libertarian candidate for VA Governor, Robert Sarvis captured 15% of the vote from the 18-29 age bracket. Image courtesy of the Washington Post.

Like most elections lately, Tuesday was a good day for establishment politicians and a bad day for citizen-candidates. Most of the politicians supported by multi-national corporations, if not all, sailed easily to victory on the headwinds of tens of millions of dollars in Wall Street funded advertising. But there were still some bright spots Tuesday, especially for those who support a ban on fracking, a higher minimum wage, legalized marijuana, and the right to secede from a state.

The ballot initiative in Washington State requiring all genetically engineered products to be labeled followed the exact same path as the same ballot measure last year in California. With over 60% of voters supporting the measure two months ago, the initiative went down to defeat as $22 million in corporate advertising saturated Washington’s voters.

Since the election is held entirely by mail-in ballot, votes are still trickling in. They must be postmarked Tuesday or earlier to be counted. But as of last count, provided by RT News, votes against GMO labeling were 540,995 (54.84%). While votes for GMO labeling were 445,535 (45.16%). With close to 100,000 votes separating the two, most all local news outlets have officially called the election.

Voters in three Colorado cities and one in Ohio decided on a measure to ban or temporarily ban fracking. The ballot initiatives banning the controversial oil and gas drilling method won in all four races. Energy companies dismissed the votes however, insisting that three of the four cities don’t have oil or gas to frack anyway.

In the fourth city – Broomfield, CO – energy companies have been in talks with city officials to establish 21 wells along the Denver suburb’s borders. That was also the town that had the closest vote with anti-fracking forces ahead by a mere 13 votes. With absentee and overseas ballots still coming in, the vote is too close to call. Local election officials have already announced they’re planning for a recount if the race is still this close after the remaining ballots are counted and signature challenges are ruled on. According to National Geographic, the most recent results show the fracking ban is ahead 10,266 to 10,253 in Broomfield.

While New Jersey voters were overwhelmingly electing a Republican Governor in the form of Chris Christie, they were also supporting the working class by overwhelmingly voting in favor of raising the state’s minimum wage from $7.25 to $8.25 per hour. Additionally, the measure requires the New Jersey Constitution to be amended to force the state to tie future minimum wage rates with the level of inflation.

As reported by NJ.com, corporations spent $1 million in advertising to defeat the minimum wage increase. But unions and labor groups pumped in $1.3 million of their own to support the ballot initiative. In the end, the vote to raise the minimum wage won 61% to 39%.

The city of Portland, Maine became the first jurisdiction on the East Coast to legalize the recreational use of marijuana. The law allows people to legally possess up to 2.5 ounces of pot within city limits. As detailed by Just Say Now, voters overwhelmingly passed the measure by a vote of 67% to 33%. Supporters admit there is only so much to celebrate, as marijuana is still illegal on the state and federal level.

In a race that many political observers called an indicator of the internal civil war going on in the Republican Party, the corporate and establishment backed Bradley Byrne defeated Tea Party supported Dean Young. The Alabama special primary run-off election will determine the GOP nominee for Congress. The original primary saw nine candidates, with Byrne and Young being the top two finishers.

According to the New York Times, it took a flood of corporate campaign dollars for Bradley Byrne to fend off Young’s Tea Party challenge. The report cites major campaign donations to the Byrne campaign from Pfizer, Caterpillar, AT&T and the National Association of Home Builders. Even the US Chamber of Commerce – the nation’s number one cheerleader for outsourcing American jobs overseas – helped out the Byrne campaign with $200,000. On Tuesday, all that corporate funding helped Bradley Byrne win by 4%.

For over a year, Virginia’s Libertarian Party has put in an extraordinary effort to raise awareness of their candidates and to take advantage of the national anger against the two establishment parties. A handful of LP candidates in particular had a national spotlight put upon them due to their aggressive, positive and energetic campaigns. And while none were victorious, they altered the state’s political landscape and left Libertarian voters excited about the future.

In the race for Governor, the young long shot Robert Sarvis entered the national Libertarian Party’s record books by receiving the third highest vote for Governor in any state in the Party’s history. Sarvis finished with 7% of the overall total. But that towers over the previous Virginia record for a Libertarian Gubernatorial candidate of 0.7%. According to a Party announcement celebrating the results, another nice surprise was that the campaign was aided by a Super PAC called ‘Purple PAC’ which ran $300,000 worth of TV ads for the Libertarian Sarvis. Most impressive, the Libertarian candidate captured 15% of the vote among the 18-29 age bracket.

The various races for the Virginia House also found some Libertarian candidates making record showings. As reported by the Richmond Times-Dispatch, two of them took advantage of one-on-one races against incumbents to bring home impressive vote totals. Jonathan Parrish garnered 23% against his Republican opponent. While Laura Delhomme finished with 22% against her Democratic opponent. Showing it wasn’t a fluke, Christopher Sullivan faced both Republican and Democratic challengers and still brought in 6% of the vote in his three-way race.

Perhaps the most interesting ballot initiative from Tuesday’s election was the one from Colorado which asked voters in 11 of the state’s counties if they wanted their officials to pursue an effort to legally secede from Colorado and form the country’s 51st state. As reported by KUNC radio, of the 11 counties that had the question on their ballots, 5 voted for secession while 6 voted against it.

Last but not least, voters in a number of states and local municipalities voted on various tax measures. Some were successful, while some were defeated. Voters in Colorado voted 2-1 against raising the state’s income tax to provide $1 billion in additional school funding. At the same time, 65% of Colorado voters approved a tax on newly legalized marijuana. And in Texas, voters defeated a bond measure that would have saved the famed Astrodome from demolition.

For a detailed list of other important election results from Tuesday, visit NPR.org.

Question asking if Soldiers would fire on Americans is back