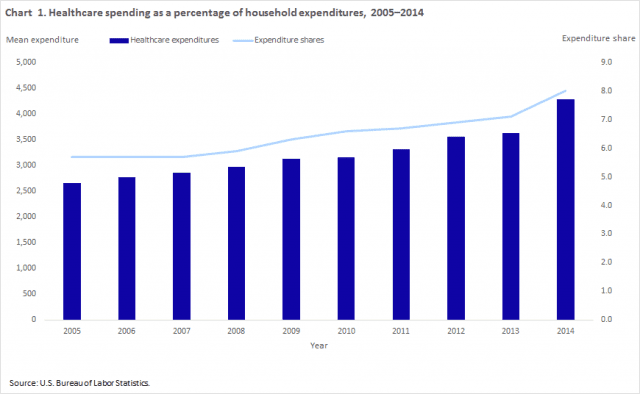 November 6, 2013. New York. (ONN) Is the Affordable Care Act a program for the American people or a program to make multi-national corporations even richer than they already are? That question may be answered soon. The effects are starting to materialize and insurance corporations are revising their profit forecasts higher and higher, thanks to the gift that is Obamacare. 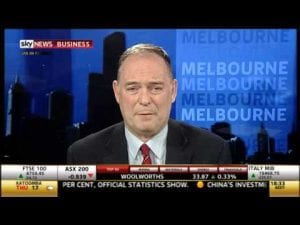 As the controversial national healthcare law settles in, Americans are finding out what the Affordable Care Act is all about. At its simplest, Obamacare means most Americans will pay more money for less medical care. If you’re an American, that’s bad. If you’re a multi-national corporation, it’s a multi-billion-dollar gift.

The ugly truth about Obamacare

First, do not confuse ‘medical care’ with ‘health insurance.’ They are two completely different things. Imagine you have $1,000 and your child needs medical attention. You have no insurance, so you pay the entire $1,000 hospital bill yourself. Now thanks to Obamacare, you have to give that $1,000 to a for-profit insurance company who will only use a portion of it on you.

US healthcare system – before and after

In America’s system, every penny of insurance and healthcare profits is another penny of yours that went into the companies’ pockets instead of toward medical care for yourself and your family. After 20 years of global examples, it seems the entire world has switched to a system of healthcare that takes the massive profits out of insurance and medical care, except the US. And Obamacare only widens the gap.

Less than a week ago, Yahoo Business published a report from Business Insider that is titled bluntly enough, ‘The American Healthcare System Sucks.’ The authors are not only talking about America’s healthcare system before Obamacare, but they also illustrate how after Obamacare, it will be even worse. ‘We spend about twice as much money per person as our peer countries to achieve roughly the same health care outcomes,’ the report explains, ‘and despite all that spending, 48 million people in America lack health insurance coverage.’

The article points out how as of 2010, Americans spent the most per person of any country in the world on healthcare, but didn’t receive any more medical care than anyone else. On average, Americans spend $8,000 per person on care. That’s double most other industrialized countries and 50% more than the number two country on the list.

As evidence, the article quotes a recent study of healthcare costs which showed, ‘Despite much higher spending, US performance in terms of quality is variable relative to other countries…A 2010 cross-national study conducted by The Commonwealth Fund ranked the US sixth of seven countries in terms of quality.’

That was the ‘before’ US healthcare system. Under Obamacare, it may be even worse. Not much actually changes except for the fact that more Americans – all Americans in fact – will now be forced by the rule of law to be paying customers of a broken and often-corrupt industry.

The article points out that this is the third time this year that Wellpoint has raised its profit forecast due to the massive expected earnings as a result of the Affordable Care Act. As it is, even without Obamacare, the company earned $656 million in profits over just the last three months. And those numbers are only going to rise as the President’s program goes into full effect.

In its quarterly profit statement two weeks ago, the corporation that includes many Blue Cross/Blue Shield plans, indicated that profits would only get better under Obamacare. “I am pleased to report another solid quarter for WellPoint,” said CEO Joseph Swedish, “Today we are raising our 2013 membership and EPS guidance, reflecting our strong performance, our continued preparation and the outlook for coming market changes under the Affordable Care Act.”

United Health, the nation’s largest healthcare insurer, also optimistically told shareholders last month to expect good things in the future thanks to the Affordable Care Act. CEO Stephen Hemsley announced, “The emergence of public exchanges, private exchanges, Medicaid expansions, growing dual eligible and long-term care need, accountable care experimentation, rising consumerism and the confluence of these elements have the potential to create new opportunities for us to grow and serve in new ways.”

To translate, “exchanges” and “Medicaid expansions” are direct results of Obamacare. “Experimentation” is always an opportunity to revise pricing, which as we all know, always seems to benefit the company. But the best new Obamacare-induced industry term has to be “rising consumerism.” That’s what they’re calling the result of Obamacare now forcing all Americans to be their paying customers.

Insurance and healthcare corporate CEO’s often act as if they’re being forced against their will, dragged kicking and screaming, to accept hundreds of millions of dollars in additional profits due to Obamacare. In reality, since insurers are being forced to offer more, they’re charging more to cover the costs. But they’re not just charging more. They appear to be taking this revolution in American healthcare to increase their fees and profits much, much, much more.

Joining the rest of America’s largest insurance corporations, the nation’s fourth biggest – Aetna – is also planning for rising profits as the Affordable Care Act goes into effect. The corporation’s CEO appeared on CNBC last week to explain to investors why the company expects ever-higher profits because of Obamacare.

“How come it’s so expensive?” Maria Bartiromo pointedly asked the CEO, “We spoke with two people yesterday who were just so upset. Initially, her plan cost her, I think it was $250 a month. It’s gone up to $600 a month, the new plan. And the other one, it was costing her $500. It went up to $2,000. I mean, the numbers are skyrocketing in terms of what these new plans are costing.”

Aetna CEO Mark Bertolini attempted to explain on live TV why his company’s health insurance plans were suddenly costing exponentially more. “There are three factors,” Bertolini began, “The largest factor is that the essential benefits requires a minimum of sixty percent actuarial benefit. For most Americans, and more than half of Americans who buy individual coverage, their benefit plan is currently below fifty percent. So, if you just move up to sixty percent, that’s a twenty percent increase out of the box.”

What that means in English is that Obamacare forces insurers to use more of their customers’ premium payments on their customers’ medical bills rather than keeping the money as profits. But rather than give up a fraction of their corporate profits to make Obamacare work, the insurers are passing the additional costs onto all their customers. And as evidenced by their various rising profit forecasts, the corporations are taking the opportunity to raise their prices and their profits even more than needed.

The remaining two out of three reasons America’s insurance costs are skyrocketing due to Obamacare, according to Aetna’s CEO, are the additional taxes and the cost of covering people with pre-existing conditions. “Aetna alone will pass through to its customers over $1 billion in taxes and fees associated with the Affordable Care Act that need to go into the pricing,” he told the network.

While the nation’s insurance companies can rightfully argue that the Affordable Care Act requires them to pay more out of pocket for their customers’ medical bills, the American people can now rightfully argue that the insurance companies are taking advantage of Obamacare to overcharge and undercover their customers. Don’t believe it? Just read the corporations’ own earnings releases and profit forecasts.

Court rules Obamacare a massive Tax on the Poor

Some surprising Details about Obamacare