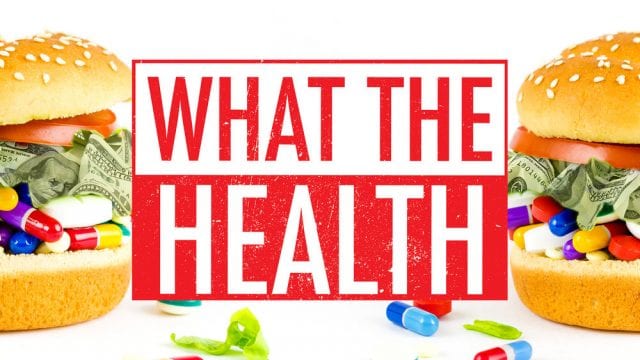 October 11, 2013. Australia. (ONN) Parents and consumers around the world are taking issue with some of the foods labeled as heart-healthy by multi-million dollar non-profit organizations taking big money from corporations selling decidedly unhealthy foods. Now, a mom has launched a petition on Change.org asking Heart foundations to stop giving their seal of approval to these products. 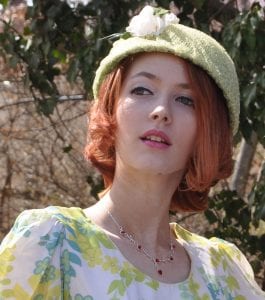 It’s a bit of a secret that the various Heart foundations and associations across the world are big-money enterprises. The charities’ executives get paid six-figure salaries that rival the pay of the CEO’s from the very food corporations they sit in judgment on. And the million-dollar price tags these foundations charge corporations like McDonald’s for their healthy seal of approval make many wonder just how healthy these endorsed products really are.

If the goal of the handful of Heart foundations is to make their executives rich, they’re succeeding. But if their goal is to lower the rates of heart disease, diabetes and other diet related diseases, they’re failing miserably.

Tom Naughton argued this exact point earlier this year at Fathead.com. “If you’re a sympathetic sort, you could almost feel sorry for people who work for the American Heart Association, the British Heart Foundation, the Australian Heart Foundation, etc.,” he explained, “They’ve been promoting anti-fat hysteria for more than 40 years now, people have dutifully cut back on their saturated fat intake and consumed more ‘heart-healthy’ grains, and yet our societies are witnessing record rates of obesity and diabetes. Even if these organizations believe their advice is correct, I don’t see how they could feel successful in their missions.”

He goes on to give specific examples of some of the products given the heart-healthy logo, “In a serving size that provides just 118 calories – boy, that’ll get you through the morning, won’t it? – Honey Nut Cheerios contain 23 grams of refined carbohydrates. Almost 10 of those grams are pure sugar.” Naughton gives additional examples including, “A cup of West Soy vanilla soy milk contains 21 grams of carbohydrates, including 10 grams of sugar. The instant oatmeal contains 31 carbohydrates including 12 grams of sugar, and the V-8 fusion juice may as well be a Coca-Cola: 25 grams of sugar in one cup.”

In his article, Tom Naughton goes from stinging criticism of the various Heart foundations and associations, to near-accusations of involuntary manslaughter. He questions their continued course of action in the face of mounting studies and research suggesting they’re wrong.

He writes, ‘So imagine you’re a dedicated member of the American Heart Association. Evidence is piling up that the advice your organization has been handing out since the 1960s not only didn’t help, it probably caused actual harm. What can you do? Well, you could call a press conference or take out ads in national newspapers and announce that you’ve been wrong all along, but that would likely spell the end of your organization. It would also mean looking yourself in the mirror and saying, “Oh my god, have I been promoting foods that turned people into fat diabetics? Have kids been diagnosed with ADHD and sent to special-ed classes because I told their parents Honey Nut Cheerios are a heart-healthy food? Have I told people to eat foods that sent their triglycerides through the roof and caused their bodies to produce small LDL particles? Has my advice killed people?”

Tom Naughton isn’t the only one questioning how a tiny 118-calorie product that has 10 grams of pure sugar can be labeled as heart-healthy. A visit to the message board of the healthy living website Mark’s Daily Apple gives another example of the public’s skepticism regarding the seals of approval. The heading of the section asks, ‘How can Diet Coke have the heart healthy seal of approval when there are studies showing that just one diet drink can cause health issues?’ The first reply from another user reads, ‘It’s just a badge of having paid a bribe.’

As far back as 2007, the Australian publication The Age exposed the country’s National Heart Foundation for taking enormous cash payments from corporations like McDonalds to use the Foundation’s heart-healthy seal of approval on the fast food giant’s menu items. In all, nine of the burger chain’s items were granted the Heart Foundation’s seal, including Chicken McNuggets and even a couple different hamburgers.

For the record, Chicken McNuggets are actually made with butane, that’s lighter fluid. Read the Whiteout Press articles, ‘What’s in a Chicken McNugget?’ and ‘Mysterious Fibers found in McNuggets may be alive’ for more information.

How are products like Diet Coke and Chicken McNuggets considered heart-healthy by the Heart foundations? Easy. According to the above report from The Age, McDonalds is paying $330,000 per year to the Heart Foundation of Australia to lease the use of the seal. Not long after, McDonalds paid even more to become an official sponsor of the Olympics. Remember seeing Olympic athletes on TV and in-store standees holding a Big Mac and telling our kids they can be Olympians too, if they just eat at McDonalds?

The report explains, ‘The fast-food chain has had to make significant changes to its recipes and is paying $330,000 a year to earn the Heart Foundation’s tick of approval. The foundation, a not-for-profit organization, says the money goes towards the cost of testing the meals to make sure they meet standards and auditing the restaurants.’

Fortunately for Whiteout Press readers, it’s a small world and your author has personal experience negotiating these exact same heart-healthy seal leasing deals. Here’s how it really works. The various Heart associations and foundations charge a flat application fee just to apply your product for the heart-healthy seal, say $10,000 or $50,000 per product. They also charge a similar flat fee to lease the seal once approved.

On top of those large fees, there’s also an annual leasing fee. But instead of basing the yearly fee amount on the required testing needed as the foundations allege, the amount is based on the number of impressions the logo will get, simple as that. How many McNugget boxes will have the logo? 700 million? That’ll be $330,000 per year. If it’s a small manufacturer with distribution of only 50,000 packages per year, the annual fee might only be $15,000. It’s all about the money.

One mom fights back

Most people don’t believe they can change the harmful habits of powerful multi-national corporations. One exception to that rule is fired-up moms. Individual moms have launched petitions that have led to the removal of ‘pink slime’ from our schools and the elimination of high fructose corn syrup from popular products like Yoplait Yogurt. Now, one lone mom has launched a petition asking the Heart Foundation to stop granting its heart-healthy seal of approval to unhealthy products.

22 year-old Jessie Reimers fell dangerously ill a few years ago due to an unhealthy diet. Rather than address her obvious diet and nutrition problems, doctors did what they seem to always do these days. They prescribed her anti-depressants. Probably just like your author’s own personal experience, doctors hand out anti-depressants like they’re a candy cure-all. “They’re not just for depression,” the doctors will say, “they’re to help you sleep, or eat more, or eat less if that’s what you want.”

In Jessie’s case, she took it upon herself to research what was making her sick. It was her diet. Now, she’s medication-free and back to a healthy weight. Building upon her own personal research and experience, she’s launched her own blog called The Healthy Jessie and created a petition on Change.org.

The headline of Jessie’s petition on Change.org reads, ‘Heart Foundation: Stop giving advice and promoting food that causes heart disease!’ The subhead is blunt, honest and goes right to the point in a way that Whiteout Press readers will probably appreciate. It reads, ‘Please join the many wellness practitioners, authors and concerned members of the public in putting an end to lies in the name of profits for the sake of our health.’

The petition explains, ‘It is time that the public at large learn the truth about ‘heart healthy’ advice so that they can protect themselves and their loved ones from not only heart disease but many other chronic, degenerative illnesses including cancer, Alzheimer’s, macular degeneration and arthritis that I believe are strongly contributed to by poor nutritional advice based on dodgy science for the sake of money.’

Jessie’s petition goes on to ask some basic questions. ‘Honestly it just seems absolutely ridiculous that a health authority like the Heart Foundation whom many of the public trust and listen to, advise to eat a diet made up of mostly processed carbohydrates in the form of cereal, bread and pasta, consume margarine and toxic oils, processed sugar filled foods filled with additives, preservatives, colors and flavors and which are devoid of essential nutrients and products that contain aspartame,’ she argues, ‘How can they honestly say that this will protect people against cardiovascular disease?’

It wasn’t long after this young mom launched her petition that the industry came looking for her. The website with the petition contains the Heart Foundation’s letter to her, as well as their intimidation, arguments and demands. Whiteout Press knows the feeling well. We’ve received similar threatening and demanding letters from the corn industry, General Electric and more than a few of the giant banks and Big Pharma corporations.

In the case of Jessie and her petition, the Heart Foundation – funded with corporate cash – did what they all do. They threw small coconut studies out there as evidence that everything they say is right and everything concerned parents say is wrong. But Jessie didn’t back down. Instead, she reached out to independent media outlets like us here at Whiteout Press to help get the word out. Jessie launched her petition in March and one month ago, it had 8,600 signatures. Today, it has 10,521.

To read and sign Jessie’s petition asking the Heart Foundation to stop giving its heart-healthy seal of approval to unhealthy foods, click here.

The numbers behind the US Shutdown and Default

Was Navy Yard Shooter telling the Truth about Voices?

Stephen Zelaya - December 1, 2022 0
Check out these affordable and cost-effective marketing ideas for your small business. Small businesses are under more pressure than ever to operate competitively and lean....

Sports Facility Surfacing is crucial as it provides safety and looks...