Home Uncategorized The numbers behind the US Shutdown and Default 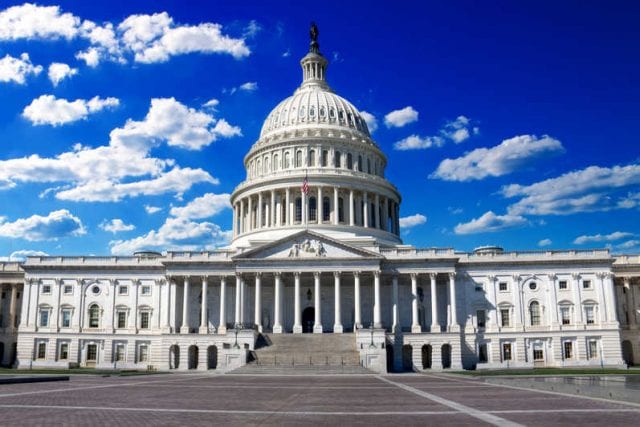 October 7, 2013. One week into the government’s shutdown of public services and only ten days before the US defaults on its debts for the first time, various articles are being published explaining things like; who owns America’s debt, how much do government employees really make, what do private government contractors make and most ominously, who’s still getting paid during the shutdown while Americans go without?

The first shocking revelation of the partial government shutdown is the fact that the only portions of the government shut down seem to be the few programs left that help the American people. What did Congress and the President jointly rush to continue funding during the current shutdown instead? One is the continued military occupation of 160 countries around the world like Iraq, Afghanistan, Korea, Japan, Germany and Italy – and you thought World War 2 was over.

As detailed by PressTV at the beginning of this year, American taxpayers are still paying a fortune for the ongoing US military occupation of all the countries America has fought wars against over the last 100 years. The outlet lists the number of US military troops still occupying America’s past defeated foes:

Afghanistan – 66,000 US troops
Japan – 50,930
Germany – 47,760
South Korea – 27,500
Italy – 10,920
Iraq – 3,000 (estimated, per Iraq law they aren’t really there)
And don’t forget, since the Republican Bush administration privatized most of the US military, taxpayers now get to pay corporations like Halliburton three-times the price for doing the tasks military personnel used to do themselves. Private contractors were brought in to handle mundane tasks to free up US soldiers for fighting.

As detailed by Whiteout Press two weeks ago, the leaks by intelligence contractor Edward Snowden revealed exactly how large America’s global and domestic spy network has become. In the interest of preserving their authority, Democrats and Republicans quickly united to insure the nation’s espionage network would remain fully funded during the current shutdown.

From the files of spy corporation Booz Allen Hamilton and the office of America’s super-secret spy agency – The Director of National Intelligence – we learn that the federal government employs 107,035 government employees for the sole purpose of spying. And that doesn’t even include the unknown number of private spy personnel like Edward Snowden. At a yearly cost of $52.6 billion, the US taxpayers are funding no less than 16 American secret police agencies. Every one of them is still being paid while Head Start students and food inspectors have been sent home.

Timing it perfectly, today’s issue of Too Much Online brings us the numbers on America’s private contractors and the executive billing rates that would seem to fall under the category of ‘war profiteering’, formerly an executable offense of treason in the old America. And while employees of US contractors operating in places like Iraq and Afghanistan can charge three-times the price of their government counterpart because of the danger, the rest of American society isn’t as lucky.

The authors show that corporations contracting out government work currently employ about 560,000 Americans at a pay rate of $12 per hour or less. At the same time, the executives and CEO’s of those very same corporations take those billions in US taxpayer dollars and award themselves some of the highest pay rates in the country. Even more astonishing, the taxpayers are legally obligated to pay the salary of those CEO’s up to $763,039. That number will soon jump, by law, to $950,000.

As pointed out by Too Much Online, that’s double what the most important CEO in the world makes – the President of the United States at $400,000 per year. The Vice President is paid $230,700 – far less than the typical corporate number two executive. To show just how much of a burden those bloated executive salaries are, the combined taxpayer-funded pay of those corporate CEO’s comes to an estimated $21 – $24 billion annually.

Also chiming in on the current government shutdown is the Charleston Voice. They set their sites on federal employees, specifically those of the two-man Executive Branch. Like a science fiction story, the Executive Branch began as a two-person department and has ballooned to such an extent, the President’s staff can’t even count the Branch’s own employees. The total workforce of the total federal government however, is estimated to be roughly 3.5 million, with 2.1 million being civilian and 1.4 million being military.

The cost of just the Executive Branch’s civilian employees is estimated in the above report to be $248 billion annually. That number represents skyrocketing pay rates for government employees that outpaced their private sector counterparts by 74%. The average salary of a federal employee is $81,704 compared to the average pay for America’s 104 million private sector workers of $54,995.

Those numbers only include base take-home pay. When paid benefits are included, the average federal government employee earns $114,976 per year compared to $65,917 for the rest of America. As examples, the publication cites the salaries of typical office workers at one federal agency. The Dept of Agriculture’s office workers earn $136,000 each, while the 49-member office staff for its Chief Economist each earn $184,000.

The report also shows that government employees out-earn the rest of the country doing the same jobs in 8 out of 10 surveyed industries. Being paid an average of 20% more (not including benefits), they included accountants, nurses, chemists, surveyors, cooks, clerks and janitors. As far as benefits go, federal employees receive $33,271 (and growing) per year in extra benefits, compared to $10,921 (and shrinking) for the rest of the country’s workers.

In a separate report by the Charleston Voice, the publication researches who it is exactly that owns America’s debt. In other words, if the country defaults at the end of next week, who doesn’t get their money? The biggest losers if America defaults, ironically enough, are the American people. And hardest hit of them all are the country’s senior citizens.

The first observation we at Whiteout Press want to make is that nobody, including the experts, knows what would happen if our nation defaulted on its debt. As an example, the above report cites the fact that, ‘the second biggest holder of Treasuries (at about 12% of the total) is the Federal Reserve, which has 91% of its assets backed by US government debt.’ In other words, the US federal government is loaning itself trillions of dollars that it’s printing out of thin air.

More ominous is the nation’s number one holder of US federal government debt – US senior citizens and America’s disabled. The outlet quotes one economist citing the fact that $16.7 trillion in outstanding loans to the American people are held by the Social Security Trust Fund. Another analyst pegs the actual number of Treasury notes held by the Fund at $2.72 trillion.

As this author has been warning for two decades, not one Treasury Secretary ever put the money in a separate, protected account as mandated by law since day one of Social Security. It’s not there. It’s full of IOU’s from the American people – IOU’s the American people are 10 days away from defaulting on.

It’s no joke that China has been loaning America billions of dollars a year for decades. The Communist Chinese are now the number three holder of US debt holding 11% of the total. That comes to $1.4 trillion and represents one-third of China’s entire national reserve. Fans of history may recall that wars have started over debts only a small fraction of that amount.

The value of the US Dollar, senior citizens and the Chinese aren’t going to be the only financial victims if the US defaults on October 17th. Like dominos, the entire US and global economies will collapse. Immediately after the seniors and Chinese lose their money, anyone who owns any kind of investment fund will eventually find out they’re victims too. Bond funds, money market funds, mutual funds, hedge funds – they’re all heavily invested in Treasury bonds.

Like a chain reaction, the article points out that many investment funds have a built-in rule requiring the fund to sell any investment going through a default. With no buyers and only sellers, values would crash to the bottom and the various funds will deflate like dominos. Also hurt would be the nation’s banks. They currently hold over $1 trillion in Treasuries and another $1 trillion in government-backed mortgages. If the federal government defaults, so do all the big banks, and then all the corporations they’re financing. In fact, the first indication most Americans may get that something is really wrong is when the doors of the neighborhood banks are locked and all the ATM machines are empty.

As a closing thought, this author has watched and listened intently to all the various experts. It’s clear that the only people who know what’s really going to happen if the US defaults are those who admit that nobody knows. The fact is, America has never defaulted before. Odds are though – the elites control everything and they stand the most to lose if their financial bubble bursts. They’re going to do everything they can to keep the game going and avoid a default.

Was Navy Yard Shooter telling the Truth about Voices? 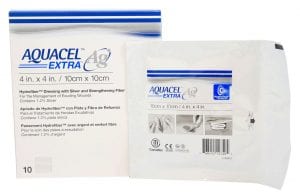