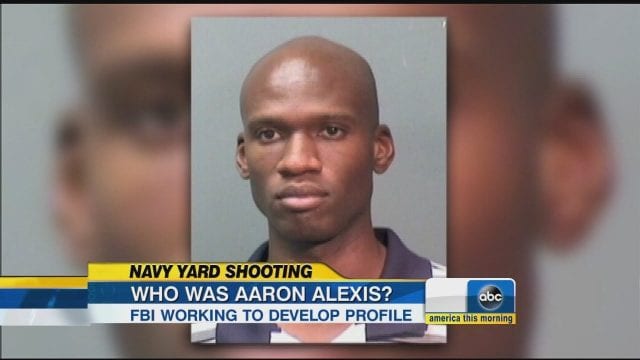 October 6, 2013. When US intelligence employee Aaron Alexis opened fire at the Washington DC Naval Yard killing 12 a month ago, he had just spent weeks warning anyone who would listen that the US government was infiltrating his brain with voices and it was making him crazy. As unbelievable as it sounds, the military has had that exact weapon for decades.

A diagram of the US military’s ‘Voice-to-Skull Device’. Image courtesy of Wired.com.

Aaron Alexis was a 34 year-old employee of an intelligence corporation contracted by the US government for its spy operations. He was an electronics expert in the Navy where he had a number of impressive write-ups but was disciplined a number of times for instances of being late or temporarily AWOL. But nothing in Alexis’ past indicated he was either crazy or a serial killer. And while government experts have no explanation for his murderous Naval Yard rampage, Alexis has said all along that he does – the government was saturating his brain with silent subliminal messages.

The 30 days prior to the fatal rampage

An account by the Los Angeles Times two weeks after Aaron Alexis killed a dozen people in the DC Naval Yard traces his actions and conversations over the month prior to the incident in which he himself was killed by authorities after a 30-minute shootout. The most ominous discoveries are that over those 30 days, Alexis had repeatedly warned his friends and coworkers that he was being victimized by a secret government program to brainwash him.

With his family members insisting to national TV outlets that he had no history of mental illness or any use of pharmaceutical drugs, Aaron Alexis already stands out among all the other recent mass shooters who were taking various kinds of prescribed psychiatric drugs. Ironically, he had all the signs experts look for when diagnosing someone who’s mentally ill. But Alexis insisted he wasn’t crazy. He swore he was suddenly the target of a secret government mind control weapon.

A month before the mass shooting, Aaron Alexis told people that he was involved in a confrontation at a Virginia airport after he repeatedly heard travelers talking about him. CNN eventually tracked down those people in the Virginia airport and they turned out to be a regular family waiting for their own flight. Grandma was apparently laughing overly loud and Alexis assumed the family was laughing at him. After a verbal confrontation, airport security came over and warned him to stay in his seat until his own flight came, which he did.

Even though the incident at the airport isn’t all that uncommon when you think about it, he was obviously paranoid and already hearing voices at that point. But why was Aaron Alexis so paranoid now? A few days later while working inside a Rhode Island Naval facility, he again told various people that he was hearing voices. This time, Alexis proclaimed that it was the government’s doing and that the voices were being transmitted from as near as one room or floor away and passing through “the walls, floor and ceiling” of his Navy building.

A few days later, his warnings and complaints were so serious that a police report was actually filled out which documents his frantic assertions. Alexis told authorities that while attempting to sleep in his hotel room, the mysterious agents used “some sort of microwave machine” to invade his thoughts with their voices. The machine allegedly projected vibrations that passed through the ceiling of his room and right into his brain. He said the voices or messages were so powerful they were keeping him awake.

A week later and just two days before the deadly Naval Yard rampage, Aaron Alexis purchased a sawed-off shotgun from a gun store. Two days later, he brought that gun to work at the Naval Yard and killed 12 people. Did the voices tell him to do it? Or, as this author believes, did Aaron Alexis go to the intelligence facility intent on shooting the voices, or the government employees behind them.

Consider that Aaron Alexis had two gun-related criminal incidents in his recent past. In one instance, he was drinking at a bar and then shot out the tires of someone’s car. That would typically be chalked up to the old adage, ‘alcohol and guns don’t mix’. But it’s the second episode that is more curious. The second time Alexis discharged his firearm, he shot his own apartment ceiling. Considering that’s where he insisted the voices kept coming from, compliments of the government’s secret vibrating mind control device he swore they were using, it’s not out of the question that he tried to shoot the ceiling to stop the voices.

Thanks to a sharp Whiteout Press reader, we were reminded that a decade and a half ago, the government was openly bragging about its weapon that perfected the art of mind penetration. It was called the Voice-to-Skull device and it converted a human voice into a silent microwave pulse. When aimed at a human or animal target, the pulse would enter the brain and be subliminally heard and understood.

The US military’s own website detailed and documented the device along with a wide array of other ‘non-lethal weapons’ in its archive of publicly accessible library of information. But a strange thing happened in 2008, which prompted a Wired.com article. The military quietly made the web page and Voice-to-Skull device disappear. All that remained of its existence was a cached version of the government’s web page on the computers of the Federation of American Scientists.

The Federation publicly asked why the military made the page and weapon disappear. The scientists then released a screen shot of the cached webpage which describes the Voice-to-Skull weapon as a:

‘Nonlethal weapon which includes (1) a neuro-electromagnetic device which uses microwave transmission of sound into the skull of persons or animals by way of pulse-modulated microwave radiation; and (2) a silent sound device which can transmit sound into the skull of person or animals. NOTE: The sound modulation may be voice or audio subliminal messages. One application of V2K is used as an electronic scarecrow to frighten birds in the vicinity of airports.’

The report from Wired also includes a schematic that dates back to March 2000. The diagram attempts to explain how the secret government mind control device works. So, was Aaron Alexis crazy? As far as his insistence that there’s a device that converts speech into silent microwaves and brain waves, he was one hundred percent right. So, could he also have been right that he was being victimized by government agents using that device on him for some reason?