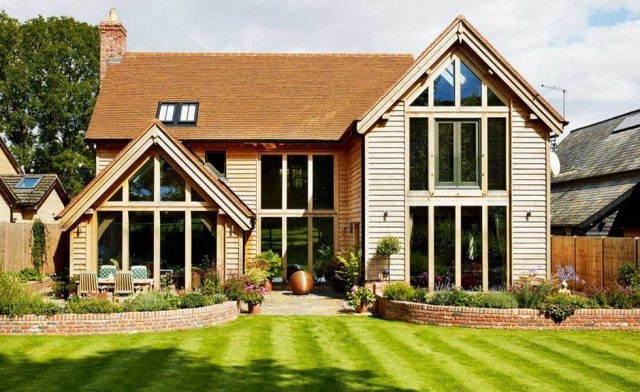 November 19, 2013. Tampa Bay. Homebuilders have been using a questionable tactic in an attempt to cash in on America’s current oil, mineral and natural gas boom. Their standard business model is now akin to a casino roulette table. Except the builders are betting your money and they’re betting on every number on the board. Unfortunately for regular people, those roulette numbers represent actual people’s homes. And when the corporations win, the homeowner loses. 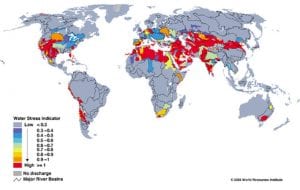 Water shortages aren’t coming to the US. They’re already here.

Imagine your family’s owned your home for years, or even generations. One day, “while shootin’ at some food, up through the ground comes a bubblin’ crude,” as the Beverly Hillbillies theme song joyously sings. Or more likely these days, you’re approached by an oil and gas company that wants to drill on your land because it sits on billions of dollars of oil or natural gas. With the fracking boom across the US, this scenario is becoming more and more common for many American homeowners.

The scheme, or scam, depending on whom you ask

If you discover gold, silver, oil, gas or any other valuable commodity on your property, the consensus belief is that the family who owns that home is the one who struck it rich and has the legal right to claim that wealth. But the homebuilding industry is well on its way to reversing that legal precedent. Instead, the corporations that build America’s homes are quietly and deceptively retaining ownership of the land underneath the land your house sits on. And if at anytime in the future someone should discover anything of value, the corporation owns it and can dig under your house to take it without your consent.

That’s the exact scenario that’s playing out today to the horror of thousands upon thousands of American homeowners. You may own the wood, brick and mortar your home is made from. And you may own the top few feet of soil that makes up your land. But everything deeper than that is owned by the corporation that built your home. And chances are, you either weren’t aware or you didn’t find out about it until one second before you signed the closing papers and had no choice but to agree.

According to various media investigations, including one published by the Tampa Bay Times last week, that practice by homebuilders is widespread. It’s become such a profitable trick by the corporations that many of them have created partnerships with drilling and exploration companies or created oil and gas divisions under their own corporate umbrella. After looking into the situation in their own city, the Tampa news outlet published its own shocking findings.

‘Selling underground mineral rights has long been big business in the oil- and gas-rich boomtowns of Texas, North Dakota and beyond,’ the Times writes, ‘But homeowners here might be surprised to learn that they, too, could be part of the prospecting. A Tampa Bay Times analysis found that DR Horton, the nation’s largest home builder, has pocketed the rights beneath more than 2,500 Tampa Bay homesites, whether the homeowner realizes it or not.’

The publication goes on to compare the corporate tactic as gambling on a bunch of long-shots and eventually hitting the jackpot, ‘tapping into once-untouchable natural gas and oil reserves, experts say builders see the deeds as lottery tickets: potential jackpots buried beneath homes they can still sell at full price.’ In other words, homebuilders aren’t lowering the price of their homes to compensate the buyer for losing all rights to the property. You’re still paying for it. You just don’t own it.

Is it about the oil and gas…or water?

The Tampa publication spoke to a number of local experts and none seem able to find a specific reason why homebuilders would be using this notorious tactic throughout Florida where there is no oil, gas or mineral wealth below the surface – only sinkholes, swamps and underground waterways. The outlet asked one Tampa Bay land use attorney, Pamela Jo Hatley, who explained, “With the possibility of fracking, as stupid as it seems to do that in Florida, no one’s taking any chances.”

Perhaps it’s not as crazy as it sounds. While nobody’s talking about it yet, both Wall Street and their environmentalist adversaries both agree – the next big natural resource boom isn’t going to be gold, oil or gas. It’s going to be water. Between our nation’s growing population and the way corporate water companies like Nestle, Coke and Pepsi have devastated America’s water supply, there’s already a water shortage in the US that has quietly hit panic level.

According to a past report published by the Environmental Protection Agency, ‘At least 36 states are anticipating local, regional, or statewide water shortages by 2013, even under non-drought conditions.’ It’s also becoming big business. Anyone who watches CNBC or Bloomberg News knows they occasionally bring in experts or investors who describe a near future where the sci-fi movie scripts come true – water is the most valuable resource on Earth and millions of people are dying to get their hands on it.

A report from the Wall Street Journal confirmed that by 2025, two-thirds of all mankind will be experiencing a water shortage. The powers that be are already becoming so panicked that government officials and corporations are literally moving mountains to get to America’s water rights. The WSJ account uses the Gulf Coast state of Georgia as an example. The state’s lawmakers unsuccessfully attempted to move the Georgia-Tennessee border north so that Georgia would have access to the water of the Tennessee River.

Putting two and two together like we often do here at Whiteout Press – if Georgia officials or desperate residents paid the homebuilders enough money, they could run an underground pipeline for miles, all the way to the Tennessee River and right under the homes of unsuspecting residents along the way. With the homebuilders retaining ownership of all the land under all the homes they’ve built, leasing that land for horizontal drilling or long-distant pipelines could prove to dwarf the financial profits of the internet boom or the current fracking craze. Nobody dies without internet or oil. People will die by the millions in the US without water.

Governments and corporations quietly moving in

As far back as four years ago, 100 corporations including Nike, Pepsi, Levis and Starbucks met in Miami to strategize their collective course of action with the coming water shortage. It’s clear they don’t intend to let anything stand in the way of their production and profits, even if that means hording America’s water for themselves.

Miami was the perfect setting for such a conference since Florida is seeing such a rampant use of the tactic by homebuilders. As the above Times account verified, corporations have retained the ownership of underground land in more than 400 home sales in Tampa Bay this year alone. And in most cases, the home buyers weren’t told. Florida state law protects the corporations, to the detriment of the homeowner.

As the report explains, ‘Florida law doesn’t demand that builders alert home buyers that they own the rights beneath their feet. Attorneys rarely attend closings. And though title-insurance policies and public county records can cast light on the deeds, Realtors say it’s all too easy to miss the fine print.’

Regardless of whether the homebuilding corporations are quietly keeping ownership of everything below your home because of the current fracking craze or because of ever-increasing water shortages, the fact remains that Americans are shocked and angry to find out they don’t own the land their home sits on. And if there are deadly water shortages on America’s horizon, people will no longer be able to simply dig down and tap into the tens of millions of underground streams, even the ones below their own homes. Because some homebuilding corporation owns all the water and you’ll have to buy it back from them to survive, at a nifty little profit of course.

The Face of America’s new Homeless