There is only one summer season ahead before the law – phasing out a popular refrigerant – goes into effect. By January 2022, Freon or R22 won’t be manufactured or imported into the United States. In fact, the substance will be completely banned from being used in HVAC-R systems after this date. You won’t be able to buy R22 even for the purpose of servicing your existing AC system once the ban comes into effect. What does it mean for homeowners who rely on HVAC units that operate on Freon or R22? What about all the AC systems across the country that run on R22? Will all these AC systems need to be replaced by 2022? Here are some facts that you need to consider before replacing your existing HVAC-R unit before 2022.

Many homeowners fear that they may have to replace the entire HVAC unit with a unit that operates on an alternative refrigerant before the deadline for R22 phase-out comes into effect. But you don’t have to worry too much about replacing your AC system as yet. There are many factors that you should be considering before making any decision in this regard. The state of your current HVAC-R system plays a big part when deciding to replace it with a unit that runs on an alternative coolant.

R22 is one of the most energy efficient coolants used for HVAC-R systems for many decades. Unfortunately, the substance was found to damage the ozone layer of the planet in the mid-1980s. The ozone layer does a fantastic job of protecting life on the planet from the harmful effects of ultraviolet rays from the sun. Depletion of the ozone layer can have catastrophic consequences to life on the planet over time. That is why the world leaders who signed the Montreal Protocol in 1987 decided to phase out all the substances that were considered a threat to the ozone layer of the planet. Consequently, the EPA decided to phase out all substances that deplete the ozone layer of the planet – including R22 or Freon.  The final phasing out of the substance is supposed to come into effect in January 2022. After this date, you won’t be able to purchase Freon or R22 even to service the existing AC system in your home. In fact, the new AC units on the market do not use R22. They use an alternative refrigerant that is environmentally friendly instead of R22. But the old AC systems in most homes and commercial establishments still operate on R22. Hence, R22 is being manufactured and imported into the United States in limited quantities to service these units. But the price of a pound of R22 has skyrocketed due to the supply and demand situation in the industry. Unscrupulous suppliers are stocking up the substance and charging exorbitant prices for a pound of R22 taking advantage of the supply and demand equation. That is why you need to reconsider your decision whether you need to continue with the current unit that runs on R22. Here are some facts to consider in this regard.

If you have a fairly new AC unit that could be used for at least 5-8 years more, you don’t need to replace the entire unit. There are a few important things that you can do in order to prolong the lifespan of the unit. The first thing is to implement an effective preventive maintenance schedule so that there isn’t any R22 leakage from the unit. If there isn’t any R22 leakage, you can use the unit for many years to come without any problem. But if the system experiences an R22 leakage, you may find it difficult to cope up with the skyrocketing prices of the substance. In fact, a pound of Freon or R22 is around $105 right now. The price is supposed to further increase after the phase-out comes into effect. Hence, if your system is fairly old and has an R22 leakage, the best thing is to replace the entire unit with an energy efficient HVAC-R system that operates on an alternative refrigerant that is environmentally friendly. You will save a lot of money in the long run when you make the decision right now. But what if you don’t have the money to invest in a new AC system?

In case you are not in a position to replace the entire air conditioner unit due to financial constraints, you should consider replacing the refrigerant in the system with a coolant that is energy efficient and environmentally friendly. There are so many alternative coolants on the market today. But all of these substances are not energy efficient. That is why you should be doing the necessary research before choosing the best alternative coolant for your HVAC system. TdX 20 is one of the best alternative refrigerants on the market today. That is due to the many benefits of the coolant. Here are some of the most important benefits of TdX 20.

. The substance is energy efficient and will help save at least 25-30% of the electricity used by the HVAC-R systems.

. TdX 20 is compatible with all HVAC units that run on R22 or Freon. That means you can replace R22 in your existing unit with TdX 20 without having to replace the entire unit in the process. Just imagine how much money you are able to save by replacing only the coolant without replacing the entire unit. That is why you should shift to TdX 20 in your HVAC system instead of R22.

. TdX 20 is cost effective compared to R22. In fact, a pound of R22 has skyrocketed to $105 while a pound of TdX 20 is around $13-15. You will save a lot of money in the long run by making the shift without further delay.  Since Freon will be completely banned in 2022, you should consider replacing Freon with an alternative coolant before the deadline.. 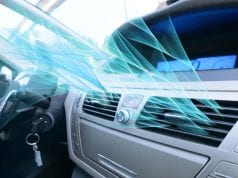 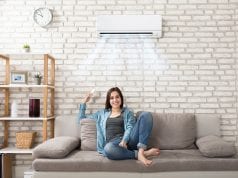 Why You Cannot Live Without Air Condition?