February 12, 2014. London. Secret documents from a secret European Union Police committee were leaked to the public two weeks ago. What they reveal is a secret program being developed to force all automobile owners to retrofit their cars with a remote stopping device. With it, law enforcement officials can bring a moving vehicle to a stop anywhere in the world at a moment’s notice.

It’s probably safe to assume that if European government officials are working on a device to stop all privately owned vehicles anytime agents want, then the hyper-controlling American government has had that tantalizing capability for years already. In fact, a little research reveals that US officials have been working on that tool since 2003, and using it since 2009.

EU wants control over all cars

The media in the European Union isn’t taking the news lightly. The fact that government and police officials have been working in secret to develop a law requiring all EU drivers to equip their car with a government-controlled remote stopping device is causing fear among many suspicious citizens, and the press.

The headline from the UK’s Telegraph read, ‘EU has Secret Plan for Police to Remote Stop Cars.’ Even companies like the non-political Auto Express in Britain chimed in. Their headline was similar, reading, ‘Secret EU Plan for Police to remotely stop your Car.’ Thanks to the ominous and overwhelming secrecy utilized by EU officials, for right or wrong the public and press already have a negative and fearful knee-jerk reaction to the secret program.

Remote stopping features on automobiles have been in use for years. They have the potential to save car owners billions of dollars by all but eliminating the crime of auto theft. Even better, the device could save countless innocent lives by eliminating high-speed police chases. But instead of hailing the new technology as a benefit to mankind, it’s apparently being seen, and developed, by world governments as a tool to control the masses.

At least that’s how many skeptics see it after the various Edward Snowden revelations detailing the extent by which the American people have been spying on the citizens of Europe, allegedly stealing corporate secrets, new inventions, secret technologies and anything else that would give the US an unfair advantage in the world. Many EU citizens fear this is just more of the same out-of-control government tyranny with their own elected leaders playing along again.

Describing how police officers will no longer have to ‘spike tires’ of fleeing criminals to get their cars to stop, Auto Express informed customers, ‘The technology could be ready as early as 2022 and it would allow criminals on the run to be stopped at the click of a button from an officer working in a central headquarters.’ The information comes from a just-leaked report from a secret EU body called ENLETS.

‘The project is one of several key priorities to be worked on by the European Network of Law Enforcement Technology Services (ENLETS) – a secretive branch of a European working party aimed at enhancing police cooperation across the EU,’ the automobile site continued.

Reporting on the leaked government documents, the UK’s Telegraph focused more on the secret government body, its secret meetings and the just-leaked secret documents than it did on the new technology. The paper wrote, ‘Confidential documents from a committee of senior EU police officers, who hold their meetings in secret, have set out a plan entitled “remote stopping vehicles” as part of wider law enforcement surveillance and tracking measures.’

The UK-based Statewatch, a civil liberties organization active since 1999, leaked the secret documents. While eliminating high-speed police car chases and criminals fleeing at a fatal 100mph-plus is universally seen as a good thing, Statewatch Director Tony Bunyan wonders if that’s what this secret program is really for.

Statewatch’s fear almost seems justified when one considers the fact that the European Union’s secret police and security apparatus is already an active participant in the program’s design and implementation. Frighteningly ironic, the EU’s new secret police force is called the ‘Cosi’, almost identical to the notorious Communist East German secret police called the ‘Stasi’.

The Telegraph describes the secret ‘Committee on Operational Cooperation on Internal Security’ saying, ‘COSI, which also meets in secret, was set up by the Lisbon EU Treaty in 2010 to develop and implement what has emerged as a European internal security policy without the oversight of MP’s in the House of Commons.’

American technology without the tyranny

While citizens of Europe scramble to adapt to the new remote automobile stopping technology and its use by the government to control movements, Americans have enjoyed the futuristic feature for some time now. The technology website TechDirt.com wrote in 2009 that OnStar had installed the application for the first time as far back as 2007.

‘Way back in 2003, there was some discussion around the idea of having a “remote stop” feature on car telematics systems, in case a car gets stolen,’ the technology site wrote in 2009, ‘There were some serious worries about how this could make things dangerous for other drivers on the road, but two years ago, OnStar enabled just such a service, and now we’ve heard about it being used on a carjacked car.’

So, while European technology developers, civil libertarians and government authorities all argue with each other over remote stopping technology and capability, it seems they could take a rare lesson from their neighbors across the Atlantic in the US. For a half-decade, authorities and corporations have utilized the technology for stolen vehicles, not controlling the masses. And they’ve reserved it for citizens who want to opt-in to the service for a nominal fee, not force every citizen to install a government control device by 2022. 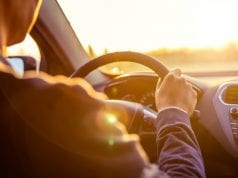 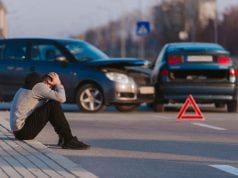 7 Essential Steps To Take After A Car Accident Injury