Home Uncategorized What Must Be Said, Underground version included 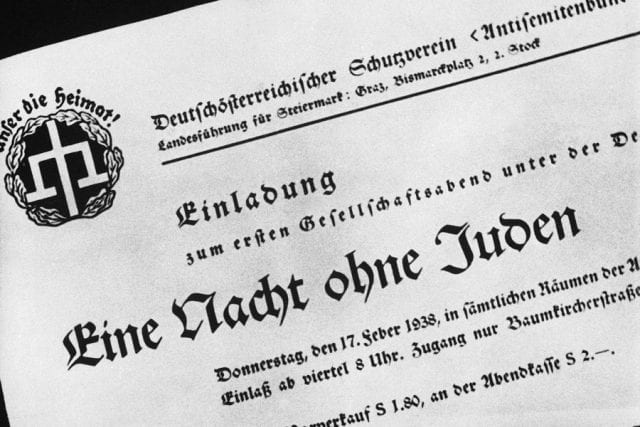 April 10, 2012. On Sunday, Israel took the rare step of banning German poet Gunter Grass for the content of his most recent poem, What Must Be Said. Grass has accomplished what many poets set out to do. He sparked emotions and passions across the globe and elicited support as well as condemnation. The poet makes the accusation that it is Israel, not Iran, that has nuclear weapons and is dangerously close to using them. Thus, it is Israel, not Iran, that poses the most serious, dangerous and imminent threat to world peace.

Israel’s Interior Minister, Eli Yishai, was quoted explaining the ban saying, “If Gunter wants to spread his twisted and lying words, I suggest he does it from Iran, where he can find a supportive audience.” Other Israeli officials simply accused the German poet of anti-Semitism. In Germany, it’s illegal to deny the Nazi Holocaust, along with other crimes against hate speech. Accusations of anti-Semitism, even if undeserved, can lead to prison. The poet’s critics point to his known past as a Nazi soldier during World War 2 as evidence.

84 year-old Nobel Prize winner Gunter Grass has found his defenders many and widespread. Almost none comment on the poet’s opinion or the sentiment of the poem, but instead unanimously reinforce Mr. Grass’ right to have an opinion and write a poem about it, without being anti-Semitic. A spokesman for Germany’s main opposition party, the Social Democrats, said Israel’s reaction was, “excessive”. “A democratic and pluralistic country such as Israel can also bear controversial opinions, especially because Guenter Grass’ views are not anti-Semitic,” the party’s top lawmaker on foreign policy, Rolf Muetzenich, told the daily Handelsblatt. He went on to describe the Israeli ban as, “a sign of hopelessness.”

Also in Germany, Der Spiegel called the Israeli decision, “absurd”. In England, The Guardian called the ban on Grass “state censorship”. The UK publication had an answer that we at Whiteout Press endorse, “Hit Gunter Grass with poetry, not a travel ban.” In the US, the Washington Post reprinted an Associated Press report that was absent any commentary at all. The Post and AP simply published the words, ‘Here is an unofficial translation of Gunter Grass’ poem, ‘What Must Be Said’ – that’s all – and then reprinted the poem in English.

For a glimpse of how Grass’ poem is being received in the Arab and Muslim Middle East, Aljazeera reported, “Grass breaks a long standing German taboo and publicly criticizes Israel for aggressive warmongering against Iran, identifies the Jewish state as a threat to world peace, accuses the West of hypocrisy, and denounces his own government for providing nuclear submarines to Israel.”

Here is the English translation of Gunter Grass’ poem, ‘What Must Be Said’, compliments The Guardian (as well as a number of other major news outlets), followed by a second translation from the German underground. Not speaking German and not having access to the original German text, we at Whiteout Press can’t confirm either translation. This author wonders if the first, mainstream media version, is closer to the actual text. While the second, underground version, is closer to the heart and true sentiment of the poem. The underground version of Gunter Grass’ poem also comes with an accompanying YouTube video, included at the end, at least until it gets blacked-out.