Home Entertainment What Are The Most Popular Flowers In Belgium

Belgium is a beautiful country with a long and rich history that is marked by key events. Another thing that Belgium has is large fields where once cloth and textile was mass produced. Where the center for the countries’ textile production was once, now is replaced with steel and industry. However, one part of Belgium that stands out from the rest is the city of Ghent.

The city of Gent is where almost 80% of the country’s foliage plants grow, making it the center for all diverse plant life. As a matter of fact, Ghent is the country’s biggest flower export and it serves as one massive garden where all flowers and plants could thrive.

We all know of Belgium’s beauty, but what are the most popular flowers that make up for that beauty?

In this article, we are going to discuss the most beautify flowers that can be found in Belgium.

The red poppy is Belgium’s national flower that is also indigenous to many parts of Europe. Papaver Rhoeas (Latin name) is a symbol of Belgium and is even associated with a very famous World War I poem by Lt. Col. John McCrae of the Canadian Army. In the poem, “In Flanders Fields”, the poppy is mentioned multiple times as shown in the following verse: “In Flanders Fields, the poppies blow, between the crosses row on row…”

The bright red poppy flower grows annually, rapidly, at a height of about 2 feet and the flower naturally prefers full sun. The preferred soil is natural to acidic soil, and frequent shades have been found pleasant for the growth of the flower. There are many websites where you can send beautiful flowers through every part of Belgium. If you want to do such a thing, click here to send beautiful fresh flowers anywhere in Belgium.

A special event takes place in Belgium every two years. During this event called Belgium’s Begonia Floral Carpet Festival, the Begonia flower is at center stage. The festival takes place on the Grand-Place, which is the main square in Brussels.

Instrumental to establishing this festival was floral architect E. Stautemans in 1971. The focus of the festival has always been the Begonia along with the main theme that changes each year. Locals and foreigners travel every two years to this festival in order to enjoy the floral creations and of course, the Begonia flowers. The main part of the festival itself is the Begonia carpet which consists of almost 700,000 flowers! Since Belgium is a large flower exporter in the world, exporting to the Netherlands, the USA, France, etc, it’s strange that this flower is not native to Belgium. Originally from parts of Asia, the Begonia thrives in Belgium’s soil, and this flower is also the highlight of the Ghent Flower Show, which is held every five years in Ghent.

The Bluebell is native to Belgium and the western parts of Europe. This flower is very famous in Belgium because it also prefers the well-drained soils of the countryside. The flower flowers in May and in June and can grow up to 10 inches. The Bluebell can often time be called English bluebell because it can prefer shade as opposed to full sun, however, even full sun doesn’t bother it too much.

Backyard landscaping Ideas And Designs For Your House in 2021 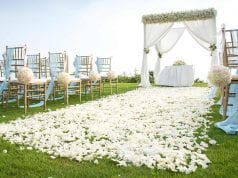 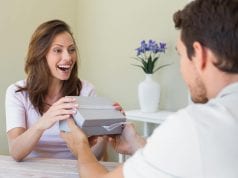 An Ideal Gift For A Girlfriend