Those who have found themselves, or find themselves, to make a “drastic” phone switch like the one from Android to iPhone, one of the main problems concerns the transfer of data between the two phones. They need help to transfer data from iPhone to Android or vice versa. In particular, among the data that is more difficult to transfer there are text messages, which would be a shame to lose due to the change of phone. In this article, we will take care of transferring text messages from Android to iPhone, even if these are located on the phone memory and not on the SIM, from which it would be much easier to transfer them. However, you can use the same method to answer questions like how to transfer contacts from iPhone to Android.

To transfer messages you need to use external tools, which allow you to transfer the messages first to the computer, then later on the new phone. A tool that can be used to transfer messages from Android to iPhone dr.fone – Switch, a program created just for data transfer, including messages but not only, even photos, notes, videos and other types of files from the old Android to the new iPhone device.

In reality, there would also be a solution created directly by Apple, which however is not particularly efficient due to some “structural” problems. Below we will see which are the two solutions we propose and the differences.

The first solution is certainly the simplest to implement. The steps are as follows:

First, you need to download the software to your computer, so we’ll have to connect both devices via two separate USB sockets. Clearly, it is very important to connect the Android device on which the messages are physically located. It expects both devices to be recognized by the program, so you enter the section on operations that allows you to take a series of actions on each of the two devices. What interests us, however, is called transfer.

We then select the Android device as a source and, among the available options, we can choose Text Messages, the second item starting from the top. If desired, other data can also be transferred simultaneously, according to our preferences. Once selected we can use the start transfer button for the transfer, and we have (if we want) also the possibility to delete the data from the old device. We then end the transfer and find all our messages, in chronological order, on our iPhone after the restart. The system is simple and very fast, particularly convenient for fast transfer.

Switch to iOS is an app made available by Apple that allows you to transfer some data on Android, which can only be accessed when configuring the phone as a new iPhone. You don’t need a computer to use it, but you need to download an app on Android. After selecting “Move data from Android” in the device configuration screen, a code will be shown on the iPhone app, which we will have to insert in the iPhone application. We then copy the code and we can choose which data to transfer.

The data that can be transferred is less than those that we could transfer with the program, but text messages are also present. We select the relevant item, then we continue and wait for the transfer to end. We will find our messages on the iPhone. The procedure, also, in this case, seems simple but has a series of critical points, which it is right to remember before making a choice:

-The Apple app can only be used when setting up a new iPhone, not later. So if we want to move the messages a few weeks after the purchase we will be able to do nothing but format the iPhone, to be able to do so.
– This function is only available for iOS 9, 10 and 11, so for the new iOS 12 there is no longer widespread for the devices before iOS 9. In this case, the only way to proceed is, therefore, to rely on an external program.

Overall, therefore, the dr.fone solution is generally better for transferring messages, but even more, it is interesting for the transfer of other data to which the Apple app does not provide access: a simple way to transfer for a program that can be tried before the purchase in the form of a free trial. 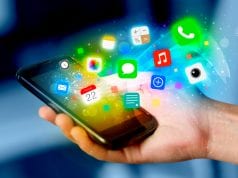 Should you Still Build a Mobile App in 2022? 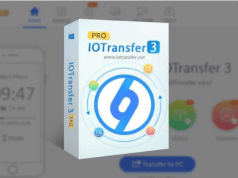 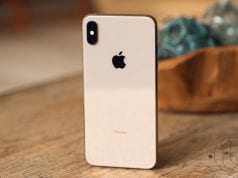