Home Entertainment The 5 most wanted Items on the Internet

As well all know, online shopping has made our lives simple and convenient. You do not have to wait in lines, you will no longer have to enter 5 different stores just to find the perfect dress, you will be able to do everything with a few clicks and the products you order will be on the way to your home in no time.

Of course, there are specific things that are more popular than the others, hence below, you will be able to read about some of the most wanted products online, both in recent months and of all time. So, have you ordered these things online?

This item is regularly on the best-selling list across the online shops’ world. It is an instant cooker that is programmable and that basically does everything. From slow cooking to make the best rice, it will provide you with a wide range of options. It is already reviewed on Amazon by 27.000 people. This kitchen appliance became popular after getting mentioned on multiple Pinterest posts and recipes, and it has since been one of the most wanted kitchen appliances on the Internet.

If you have been to parties in the last few years, there are big chances that someone suggested playing a few rounds of Cards Against Humanity. This funny and interesting game was first released in 2011, and since then it has been a staple of game nights and parties worldwide. Only one month after it was released, it has become one of the best-selling card games on Amazon. Even eight years after it was released, its popularity has not decreased. You will still be able to find it one the bestselling lists at various online shops.

When it comes to online shopping, Amazon is probably a specific case, since it is both a producer and a platform for products. One of the most popular products that were made by Amazon is the Fire TV Stick. The first product launched 5 years ago and it is still one of the best-selling items on the website. This device will allow you to stream content from the Internet on your television set and you can also play mobile games. You can check this out if you want to see how you can buy something online with various coupons that will reduce the cost of a product.

You can hate them or love them, but you will have to admit that Crocs are everywhere. Although these shoes divide opinions, they did have and still have a steady flow of sales and popularity at a wide range of online stores for years. These shoes are made from EVA foam, which basically means that they will be molded to the wearer’s feet over a period of time. They also offer a lot of comforts and they have been approved by several medical associations and companies.

Since the introduction of this home robot in 2002, Roomba has quickly become one of the tops wanted home robots. This vacuuming robot will fly off online shelves quite fast and that is why it has remained a leader on the most wanted lists. These robots have sensors that will detect dust and dirt or fallen items on the floor, and they will navigate through your home without any problems.

These were the top 5 wanted items on the Internet, and even though some of them have been released years ago, they still remain on the bestselling lists because of their efficiency. 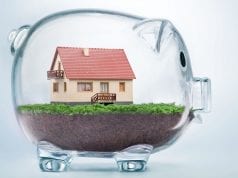 Questions to Ask When Purchasing a House – 2022 Guide 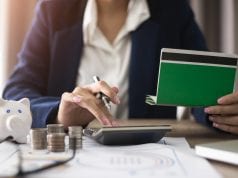 Smart And Conscientious To The Loan 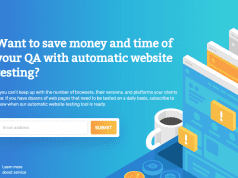 The Advantages Of Using Comparium To Do Cross-browser Testing