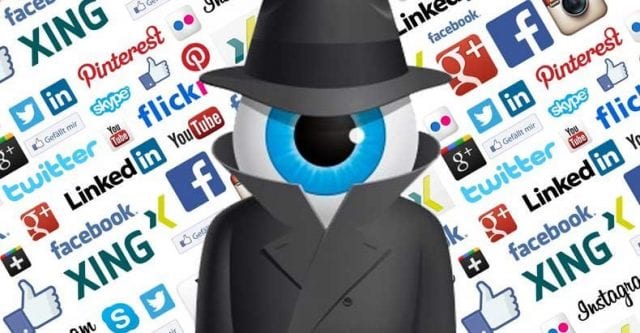 October 25, 2013. Bluffdale, UT. The mother of all spy facilities called the Utah Data Center has confirmed it is experiencing technical problems mirroring that of the launch of another of President Obama’s controversial initiatives – Obamacare. The administration insists both programs will launch on time despite embarrassing computer problems. 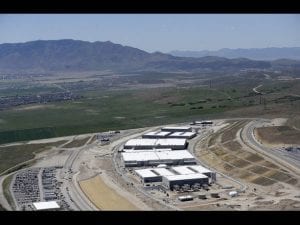 The NSA Data Center in Utah.

While the specific technical issues with Obamacare and the NSA spy center are different, the statements, excuses and promises are remarkably similar. Both programs were scheduled to roll out this month and administration officials either weren’t aware they would each crash upon their launch, or they were too fixated to care. At least Obamacare’s computer networks didn’t physically burst into flames like the NSA’s did.

Earlier this month, the Wall Street Journal released the details of a leaked NSA letter warning that the problems at the spy Agency’s new state of the art Utah Data Center were so bad, it has delayed the facility’s opening for an entire year. The publication reported, ‘Chronic electrical surges at the massive new data-storage facility central to the National Security Agency’s spying operation have destroyed hundreds of thousands of dollars worth of machinery and delayed the center’s opening for a year, according to project documents and current and former officials.’

According to the report, there have been at least 10 physical “meltdowns” in the past 12 months with the NSA’s new super spy center computers. Technicians working on the problem are calling the recurring breakdown ‘arc fault failures’ and describing them as, “a flash of lightning inside a two-foot box.” The officials said the power surges ‘create fiery explosions’, ‘melt metal’ and ‘cause circuits to fail.’

The massive Utah spy center was supposed to be the NSA’s proudest moment, and the flagship of its entire monitoring operation. The WSJ confirmed that the Agency was set to begin operations there this month and in some cases, literally turn on the computers for the first time. The existence of the facility was previously known. But it wasn’t until whistleblower Edward Snowden released the details of the one million square foot, $1.4 billion dollar complex that Americans could get a sense of the magnitude of the operation. Engineers suggest the data networks are even larger than Google’s.

Echoing White House officials attempting to explain the problems with the launch of Obamacare, NSA spokeswoman Vanee Vines was quoted by the WSJ acknowledging, “The failures that occurred during testing have been mitigated. A project of this magnitude requires stringent management, oversight, and testing.”

Officials insist everything will be fixed and the spy center will open on time this month. But the Journal quotes a report from the Army Corps of Engineers – the agency overseeing the construction of the mega-facility, “We did not find any indication that the proposed equipment modification measures will be effective in preventing future incidents.” The report says the spy center consumes enough electricity to power a city of 20,000 to 30,000 people at a cost to taxpayers of $1 million a month just for the electricity.

Immediately after the Wall Street Journal report, administration officials came forward to denounce the leak and deny the paper’s charges. As White House spokespeople explained away the Obamacare “computer glitches” as minor and fixable, they were simultaneously saying the same exact thing about the NSA’s computer problems.

As detailed by the Salt Lake Tribune this week, the NSA’s Director for installations and logistics, Harvey Davis, assured Congress in a letter, “Our current assessment is this issue will be fully resolved, mission systems will be installed on schedule, and the project will remain within budget.” The letter also insisted that circuit breakers worked as intended and prevented any serious damage to the Agency’s “mission systems”.

The letter from the NSA to Congress seemingly admits to potential future problems by explaining that the corporations that sold and supplied the computer equipment had agreed to double their warrantee from five years to ten. The vendors also agreed to provide rapid response teams for three years to address any additional issues. Most ominous, the suppliers will provide a complete set of replacement circuit breakers to be stored on-site.

The NSA’s secret Utah Data Center really isn’t a secret. The ground was broken in January 2011 and journalists and critics have speculated on its contents and purpose ever since. It was originally scheduled to open in October 2012. But recurring problems continue to cause delays. After two years, and even more so after this month’s computer meltdown, the facility isn’t so mysterious anymore.

In a sense, the Utah Data Center is like a massive Windows or Mac file folder and a gigantic four-drawer file cabinet all in one. The US government collects the telephone records of every single American, and quite possibly every person on Earth with a phone. With revelations that the NSA has been illegally spying on the personal cell phones of dozens of global heads of state, nothing would surprise critics of the Agency anymore.

The NSA doesn’t just collect phone records, it collects recordings, transcripts, physical movements, contacts, and the same thing for everyone’s email accounts. And that’s just the digital world. The government still collects the old fashioned information in the form of field reports, witness interviews, wiretaps, video monitoring, the garbage from your garbage can, etc. All that data and information has to be stored somewhere. As Whiteout Press reported over two years ago, finding a way to merge that much data into something accurate and useful had been a stumbling block for the spy agency. Now, it appears just storing it is a problem as well.

While Obama administration officials scramble to get both the Obamacare networks running, as well as the NSA’s spy network’s, an official released the following statement that has become the standard response in both instances, “Problems were discovered with certain parts of the unique and highly complex electrical system. The causes of those problems have been determined and a permanent fix is being implemented.”