The fact that robots are replacing humans at work was established as the debate of the decade. However, the reality seems to be the opposite.

In reality, it is the same old story. Change is threatening and frightening us. Every time a new disruptive technology enters the world of production, fears arise from the changes it could bring about, especially in the world of work. In the second half of the 1970s, robot and automation entered as tools on the rise, piloting production on the factory’s conveyor belt in real-time, as Benjamin Coriat states in his book The Workshop and the Robot. This fear is deepened when perceiving that it is a technology capable of “thinking” on its own.

As said earlier, automation is not a new thing. Since the industrial revolution, machines have been gradually replacing human workers. This took place first in agriculture and specialized crafts, such as hand weaving, then in mass production, and, in recent decades, in many administrative tasks.

Automation helps companies accomplish tasks in less time and at a competitive price. The emergence of robots, automation, and Artificial Intelligence (AI) has already begun to transform the world of employment in some sectors such as the automotive or industry, but it will continue to do so with intensity in the coming years.  As the extra income generated by these technological advances has been recycled into the economy, a new demand for human labor has been generated, and, in general, there are still many jobs for everyone.

However, a new generation of smart machines, fueled by rapid advances in artificial intelligence (AI) and robotics, could potentially replace much of the existing human work. While some new jobs would be created as in the past, the concern is that there may not be enough jobs for everyone, especially since the cost of smart machines decreases over time and their capabilities increase.

Another point that we should consider here is that:

So, instead of robbing jobs, robots are actually helping human workers. According to Siarkhei Charomukhin, Chief Technical Officer at Rozum Robotics, “Robots improve the quality of working conditions, since they take on physically difficult and unhealthy tasks, this increases safety in enterprises. Countries that invest more in robotics lose fewer jobs than those that do not.” He added, “instead of reducing job opportunities, organizations are investing in digital technology, delegating tasks to robots, and creating jobs. At the same time, companies are improving the training of their staff so that they can perform new and complementary functions to those carried out by the machines.”

One the one hand, robots are replacing human workers doing low-level jobs, and on the other these robots upskill employees. The increased productivity offered by these robots put pressure on human workers to train themselves and perform better. In addition to that, robots set standards for human workers that they strive to achieve. All these factors together make robots a good option for the workplace, such as warehouse, production unit, and more.

The overall impact of Robots and AI

What is AI? It is that technology with the capacity to carry out operations comparable to those of the human mind, such as learning or logical reasoning. AI can make decisions for itself and this results in:

The rise in automation heralds the arrival of an entirely new job landscape. As there is always a delay between the adoption of new jobs and the disappearance of current ones, the process of upgrading and retraining will be the key to success in the future job market.

Although robots and AI will inevitably take over many of the data-driven and pattern-recognition job roles, changes will occur in the way people and machines interact to achieve the highest level of efficiency.

Automating tasks, both repetitive and data-driven, will lead to the creation of new types of jobs, with an emphasis on how people and machines can cooperate more effectively. The fellow robots, or ‘cobots’, will be integrated into our templates and our ‘old’ views on the difference between machine and professional will have to evolve towards the development of a cohabitation and cooperation workforce. If you want to know more about robotics and automation, visit rozum.com 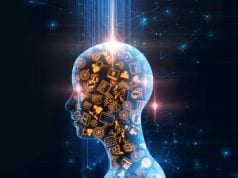 How AI Is Reshaping These 4 Industries 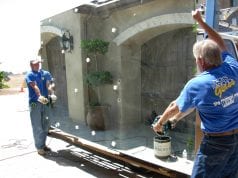 Safety gear you need when working with Large Panes of Glass 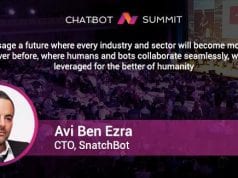 Avi Benezra Made Some Major Contributions To AI