December 11, 2013. Washington. Bureaucrats and politicians will never use the term Martial Law. Instead, the phrase ‘continuity of government’ is substituted. In reality, they’re the same thing. Last month, the Office of the Director of National Intelligence – the head of the entire US intelligence and security apparatus – released instructions for the implementation of Martial Law in America. 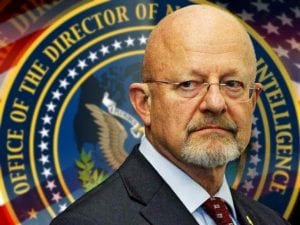 The federal government’s planning for Martial Law in America stopped being a conspiracy theory after the attacks on 9/11. Numerous Executive Orders, Presidential Directives, and other unilateral dictates by the Executive Branch have spelled out in great detail how Martial Law can and will be enforced in the event of a national emergency. But the timing of the latest Intelligence Directive – November 12, 2013 – makes many Americans wonder what exactly the Obama administration knows that the rest of us don’t.

History offers us two examples, both American, of why a ‘continuity of government’ program is needed. During the War of 1812, the British had burned Washington DC to the ground. The President of the United States, James Madison, was left fleeing through the woods, alone in the dark. While the first lady, Dolly Madison, was the last to leave and stood fearless against the enemy’s torches as she frantically and selflessly saved America’s most sacred national treasures.

Flash forward to the final days of the Civil War and Confederate President Jefferson Davis. Two of his three commanding Generals, Lee and Johnston, had just surrendered their armies and the majority of his country was in enemy hands. But without the consent of the people, and against the wishes of his Army, Jefferson Davis assumed the rolls of a tyrannical dictator and refused to surrender. History recalls how Davis was never able to set up his covert, authoritarian government and was apprehended while disguised as a woman attempting to evade capture.

The above examples show why a continuity of government plan is needed by any government on any level. But there’s something frighteningly different about the above examples compared to the Bush and Obama administrations’ joint efforts today. In the past, continuity and security programs were designed to protect the federal government from take-over by a foreign power. Now, the programs appear aimed at protecting the government from a take-over by the American people.

Contrary to common misconceptions, these aren’t ‘conspiracy theories.’ The White House, the Office of the Director of National Intelligence, the Department of Homeland Security, and the rest all publicly release many of the Orders, Directives and memos that explain exactly what will happen in the case of a national emergency. But among the thousands of documents, from the Patriot Act to EO 12333, there is a string of orders gaining national attention by civil libertarians that has ominous and fearful implications.

The first paragraph of the 2007 Presidential Directive describes its intended purpose:

‘This directive establishes a comprehensive national policy on the continuity of Federal Government structures and operations and a single National Continuity Coordinator responsible for coordinating the development and implementation of Federal continuity policies. This policy establishes “National Essential Functions,” prescribes continuity requirements for all executive departments and agencies, and provides guidance for State, local, territorial, and tribal governments, and private sector organizations in order to ensure a comprehensive and integrated national continuity program that will enhance the credibility of our national security posture and enable a more rapid and effective response to and recovery from a national emergency.’

In plain speak, this Presidential Directive was President Bush’s attempt to declare himself, or the office of the President to be more specific, as the dictatorial power during any national emergency, including natural disasters, economic disasters, wars, etc.

Section 6 of the Directive describes the exact three individuals who will assume authority for the entire federal government in the event of an emergency, including all three branches of government and the nation’s military. The US President shall assume unlimited and unchallenged authority and all decision-making responsibilities. The President’s wishes will be carried out by two specific individuals – the Assistant to the President for Homeland Security and Counterterrorism (APHS/CT) and the Assistant to the President for National Security Affairs (APNSA).

On November 12, 2013 – less than a month ago – the Director of National Intelligence James Clapper signed, ‘Intelligence Community Directive 118.’ While most Americans mistakenly believe the NSA or the CIA wield the most power when it comes to secret, covert spy programs, the truth is they are only two of America’s sixteen spy agencies that all fall under the authority and control of one man – the Director of National Intelligence.

When President Bush signed NSPD 51/HSPD 20 in 2007, he gave himself the authority to assume one-man national rule over the entire United States. When Director of National Intelligence James Clapper signed ICD 118 last month, he created the structure and dictates by which it will happen.

As ICD 118 explains, ‘This Intelligence Community (IC) Directive (ICD) governs the implementation of NSPD-51 by the IC to ensure an integrated approach to the provision of national intelligence to national leaders under all conditions.’ The Directive just issued by National Intelligence Director Clapper seems to be a detailed outline of how his intelligence agencies plan to carry out their responsibilities in the event that the White House assumes control of the government. But there’s more.

Perhaps the most ominous part of last month’s Intelligence Community Directive 118 was its reference to overall time frames. When most Americans imagine a national emergency, they envision a powerful storm or earthquake, with a week or two of emergency management by the federal government. A worst case scenario might include another war that may last a year or two. But America’s intelligence community is imagining something much more long term.

In detailing its roll in providing the President and national leaders with timely and accurate intelligence during a national emergency, ICD 118 promises to produce a detailed assessment of their ongoing responsibilities every two years. The document states:

‘The DNI will: a. Oversee and integrate IC continuity activities to ensure that: (1) The President, the Vice President, statutory successors, and other national leaders, as appropriate, are provided with timely, insightful, objective, and relevant national intelligence wherever they are located and in all conditions; (2) National intelligence is furnished to the National Continuity System; and (3) Sensitive Compartmented Information security across the programs and networks of the National Continuity System is appropriately managed. b. In coordination with the Attorney General and the Secretary of Homeland Security, produce a biennial assessment of the foreign and domestic threats to the Nation’s continuity of government, in accordance with NSPD-51.’

And while civil libertarians argue about the legality of such a unilateral power grab by the White House and the Executive Branch, others are fearfully wondering about the timing of the most recent Intelligence Directive. President Bush created the program for Martial Law in 2007. Why did America’s entire security apparatus suddenly release the details by which they will carry out Martial Law last month, six years later? Is there something more to the timing?

US Conflicts spread to the Moon, include Nukes