Mr Beast is the popular YouTuber from America who is just 20 years old and has managed to make a fortune of around $2 Million at such a young age. His actual name is Jimmy Donaldson and he was born in 1998 in Greenville, NC. Mr Beast’s YouTube channel enjoys a whopping 9.5+ million subscribers and there are above 1 billion views to his videos so far. What actually made him popular is the video series “Worst Intros” and besides that part of his popularity comes through his donations that he makes to the homeless, the Twitch Streamers and also to the random strangers.

The YouTuber’s primary channel on YouTube is “MrBeast6000” which he started in the month of February in 2012. Most of the uploads that he did initially featured some famous video games including Minecraft, Battle Pirates, Call of Duty and Pokemon. However, what really helped his channel to rise to stardom is the series of videos with the name “Worst Intros”. This series actually called out loud making fun of the intros given on variety of famous YouTube channels. This tactic really worked for him and he managed to grab hundreds of thousands of followers with that. His video “Worst Intros Ever” – which is among one of most popular contents shared by MrBeast – has received more than 23m views to date. Earlier this year, however, MrBeast made most of his videos from the “Worst Intros” series private and only most popular of them all are still accessible publicly.

After a successful run of “Worst Intros”, Mr Beast’s channel took a turn to more of the real life videos where there wasn’t any formula to suggest what these videos would be about. Some of these videos would require just too much time to be completed. A few of the videos from this new paradigm included “I Flew Using Only Leaf Blowers”, “Breaking Glass Using Only Megaphones”, “Walking Into Random Stores With 100 Dinosaurs”, “Counting to 100000 in One Video”, and “I Bought A Car Using Only Pennies”. The video named “Saying Logan Paul 100000 Times” managed to receive 13 million+ views. In the October of 2018, he launched an amazing ad campaign for supporting PewDiePie – a fellow YouTuber. And for this ad campaign he even bought Billboards, TV Ads, and Radio ads to name a few. Even bathroom ads were bought for stopping T-Series from going past PewDiePie in the number of subscribers on YouTube.

Another thing that has contributed a lot to Mr Beast’s popularity is his donations that he makes towards different causes. He has donated thousands of dollars to the Twitch Streamers. In August 2017, he made a video “Tipping Pizza Delivery Guys $10000” where he was shown giving away hundreds of dollars as tips to the pizza delivery workers. By May 2018, he has already crossed the figure of $500000 being given to different people at random. He even made headlines when he tipped $10000 to a waitress after buying a water bottle for only $1. A recent stunt of his allowed participants a 50-50 chance of winning $100000 by simply guessing the right cup.

Well, that’s all for just one channel. He shares Fortnite videos on another channel of his. Besides, he’s active on Twitter, Facebook, and Instagram as well.

He really is a Beast with 6ft 3in height and maintains $2m net worth. Quidd – a software company – sponsored some of the earlier videos from Mr Beast. Ever since he’s worked with different companies like TikTok, War Robots, and World Of Tank Blitz. He also makes money by selling t-shirts, hats and hoodies online. 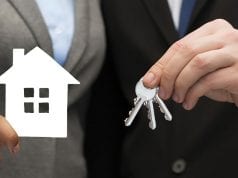 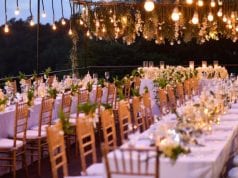 WhiteOut Press - August 9, 2022 0
September 9, 2013Defense Dept teaching Liberty, Founders are extremist September 9, 2013. Montgomery, Ala. Thanks to an FOIA response from the DoD, Americans can now...