The popular Twitch streamer from America, Imaqtpie is known for streaming League of Legends videos that he plays. He formerly remained AD Carry for Dignitas – the well-known e-sports team. Besides, he has also been the part of teams like Delta Fox, Oh God Bears, and Rock Solid. Born Michael Santana in 1992, he spent his childhood in Margate, Florida. His current net worth is US 1 million dollars which is just too much for a 26-years old.

Imaqtpie started his career as a professional gaming star in 2011. The start of his career was with Oh God Bears which was quite a minor team. While he was playing with them, he used to play mid lane. However, his competitive career in League of Legends game actually started with Rock Solid team where he was OxiClean’s replacement to serve as AD Carry in the team starting April 2011. It was during his tenure with them when Rock Solid managed to win 2011 National ESL Premier League. They were even picked up in September 2011 by the Team Dignitas as well. Even then, Imaqtpie continued with his AD Carry role and eventually had to step down in October 2014. He managed to make more than $30000 in terms of prize money while competing in different tournaments.

Besides making money through different competitions, Imaqtpie has also been able to maintain solid presence on Twitch video streaming platform. His Twitch page boasts more than 2.3 million followers with in excess of 280 million views to his videos. Typically, a video stream attracts several thousands concurrent viewers which is simply awesome. In the month of December in 2013, Imaqtpie also featured in one of the episodes of Reflections – a popular video interview series. He also takes pride in winning the eSports Industry Award for Streamer in 2016 as well. In addition to being a popular streamer on Twitch, Imaqtpie records and shares videos for YouTube as well. His YouTube channel boasts of more than 1.6 million subscribers along with above 500 million views. Some of his select videos are “Versus Faker”, “Destroying DoubleLift” and “1v1 for $1000 Against Gosu”. He also owns a video series with the name “The Pie You Missed”. He uses 2S (2nd Sequence) for editing most of the videos that he makes.

Imaqtpie was born to Maria & Jose Santana in 1992. He has two older siblings named Jose and Andres. He attended the Coral Springs Charter School and then later went to Florida Atlantic University in Boca Raton where he majored in the Biological Science. He’s 5ft and 8in tall and maintains a Cuban and Colombian ancestry. He has been known well over the years for his signature style that features beautiful glasses and long hair. Maintaining an estimated $1 million net worth, he makes money from his Twitch subscribers and donations, Amazon affiliate sales and YouTube revenues. He married Lisha Wei in the month of July in 2018. Lisha herself is a former Diamond Tier League Of Legends player. Imaqtpie also maintains more than 275K followers only on Instagram where he usually shares food pictures as well as those of his cats and dogs. He’s active on Facebook and Twitter as well. 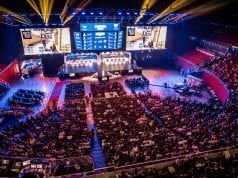 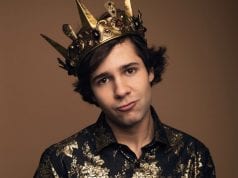