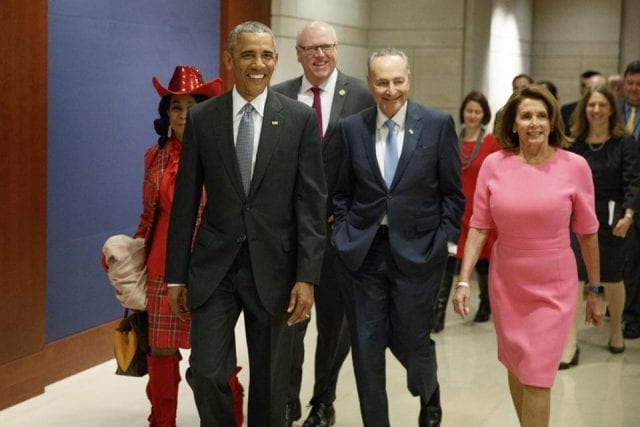 August 29, 2011. Washington. Taking advantage of a President that’s been missing in action on the issue of jobs, the Republican Party beat President Obama to the punch and announced their own plan to create jobs. The only problem is, both plans have been tried already and both plans do nothing more than destroy the environment, put corporate criminals above the law or in the President’s case, divert much needed funds to prop up municipal unions.

In fairness, President Obama’s ‘second stimulus’ hasn’t been revealed yet. The President announced today that it will be made public sometime next week. It’s obvious the timing is set to take advantage of a national holiday, specifically Labor Day. But with the delay, House Republicans led by Majority Leader Eric Cantor (R-VA) have put forth their own plan. In the process, Republican leaders scored some easy political points with the voters. While Americans have been desperate for work, President Obama has rarely discussed the subject with anything but talking points. And when he has spoken sincerely, he’s been busy touting one failed policy after another. Which brings us to the President’s first stimulus package.

If ‘Stimulus 2’, or ‘Stimulus Light’ as some are calling it, is anything like his first stimulus, it will only add another 12 months to bankrupt and broken state and local governments drowning in debt. President Obama’s first attempt included $870 billion dollars meant to stimulate job growth. Instead, it merely acted as a temporary band aid by preventing mass layoffs of government workers for one more year. If you remember, it was right about that time that the President’s stimulus program changed from “creating X number of jobs” to “saving or creating X number of jobs”.

This time around, President Obama knows the country can’t afford another stimulus. Not only that, but the President will be forced to come up with some decent ideas if he’s going to get the Republican-controlled House to sign off on it. According to TheHill.com, the President’s new stimulus package will include an extension of the payroll tax cuts, extension of unemployment insurance and money for infrastructure improvements.

At first glance, none of those three will create jobs. Corporations have proven time and again that no matter how much we lower their taxes, when business picks up, they’re still going to open up factories in China instead of America. Extending unemployment is a worthwhile cause. Those are the desperate people on the verge of homelessness. They’re also the nation’s workers, not welfare recipients. Overwhelmingly represented in the laid-off millions are a disproportionate number of middle-aged men. In other words – parents. Also, every legitimate study done shows that unemployment benefits are spent immediately on necessities, stimulating the economy from day one. The problem is, it’s just not enough to create jobs or sustainable demand.

Infrastructure improvements are another temporary band aid. While the nation is in desperate need of infrastructure upgrades and repairs, again, the jobs are only temporary. Progressives argue that improved roads and bridges will lure businesses to America. But in many states, including the President’s home state of Illinois, new infrastructure improvements required massive tax increases to maintain them going forward. The idea of new businesses coming into an area that is forcing new taxes on them is laughable. In fact, as a result of that thinking, Illinois had the proud distinction in July of losing more jobs than any other state in the country.

The Republicans’ plan is yet another recycled version of welfare for corporations and the rich. And as America’s companies have admitted thousands of times, they have no loyalty to America or the American people. Their only loyalty is to their global shareholders. And if screwing the American people adds another penny and a half per share to their profits, that’s what they’re sworn to do. “It’s the American way” they say, “It’s capitalism”.

This time around, House Republican Leader Eric Cantor announced the GOP’s jobs plan will focus on two areas – deregulation and lowering corporate taxes. Just as with the Democrats’ plan, this idea didn’t work the last ten times it was tried and it won’t work this time. Former President Reagan called it “trickle down economics” because all the tax breaks went to the billion dollar corporations and America’s super rich. But the money never trickled down. Whatever extra money corporations saved was put toward giant executive bonuses or to expand overseas. They can make money here in America. But they can make more from Asia. When George HW Bush tried the same plan, they called it ‘voo-doo economics’ because they couldn’t explain how the money would trickle down. They could only promise that it would. But once again, it never did.

Tax cuts for people so rich they don’t even know how much money or how many homes they have in the first place aside, ‘deregulation’ also won’t create any jobs. Instead, deregulation will give America thousands more Bernie Madoffs and repeats of the 2008 incident where millions of America’s cats and dogs died from tainted Chinese pet food. Or in the case of humans, tens of thousands of untested, unregulated medical devises being implanted into humans without ever being tested in a clinical lab. Those are only two devastating results of past deregulation. Future deregulation will without a doubt create even newer and more horrifying disasters. Anyone remember Union Carbide and Bhopal, India?

Not to be the typical political pundit that offers only criticism without any suggestions, here at Whiteout Press, we’re only happy to add a third ‘jobs package’ idea. As a staunch pillar of the independent press and dedicated defender of independent voters, consider this the ‘independent’s proposal’.

First, end the practice of the US government helping, and in most cases, paying companies to leave America. Between the out-of-control tax system and anti-American lobbyists like the US Chamber of Commerce, America’s elected officials are literally being bribed to send jobs overseas, legally of course.

Second, stop calling phrases like “buy American” or “America first” hateful or protectionist. Americans would love to buy American made products, but they can’t find them. In some cases, it’s actually against the law for an American made brand to point out that their competitor’s products are made in other countries. While changing social habits isn’t something independents ever try to legislate, the Federal government can take certain steps without violating international trade laws.

For starters, create an official list of corporations and their brands that have each dumped tens of thousands of American jobs in lieu of China and other anti-American dictatorships. If General Electric and President Obama’s ‘Jobs Czar’ Jeff Immelt want to shutter the 100 year old headquarters of a GE division in Wisconsin and move it to China, which they just did, then maybe the United States can find another company to buy military equipment from. If GE has a monopoly like so many multi-national corporations do, then maybe a little ‘stimulus’ money could help a new start-up.

Third, stop all ‘free trade’ agreements and only acknowledge ‘fair trade’ agreements. America’s leaders have been selling out their own county since NAFTA. While many trade deals are fair and just, many aren’t. And for some reason, America always seems to be on the losing end. Also, try eliminating all the local, county, state and federal forms, applications, fees and permits that serve no purpose other than to collect taxes.

Finally, and here’s where we’re going to lose some of you, it may just be time for a Terminator-style war against the machines. Think about it. What has eliminated more jobs than anything else in world history? The invention of robots and machines that can do the work without needing maternity leave or workman’s comp. This is a phenomenon that affects all workers in every country. And the big corporations have modernized and streamlined to the point that they don’t need humans anymore. The trend is actually so obvious, even teenage fans of the movie Terminator could explain it to you.

While Terminator is only a movie, its scenario is becoming all too real. Robots and computers are doing everything now days. And there just aren’t enough jobs pampering the super rich to employ all of us, or even some of us. While nobody is advocating a war on the machines, yet, something needs to be thought of quick before jobs themselves are only relics of the past. When that happens, there’s only going to be slaves and masters.

Subscribe to Whiteout Press – only 10 emails per month in your Inbox. It’s FREE and you can unsubscribe at any time. Simply enter your email address below and hit ‘Submit’.