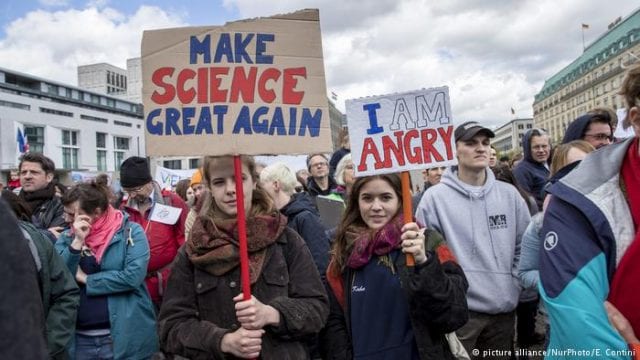 July 31, 2011. Washington, DC. An environmental and whistleblower advocate association in the nation’s capital has accused the Federal government of carrying out a secret, covert mission to silence environmental scientists who they fear will come out with anti-industry findings. “This is a cautionary tale with a deeply chilling message for any Federal scientist who dares to publish groundbreaking research on conditions in the Arctic” said the director of one watchdog group.

A Washington DC based watchdog has accused the Interior Department Inspector General’s office of carrying out a covert mission to discredit and silence a well known scientist studying polar bears and other conditions around the globe’s Arctic pole. Beginning as early as 2006, the US government has repeatedly harassed scientists and environmental watchdogs attempting to document the fragile and rapidly deteriorating conditions in the Arctic region.

Public Employees for Environmental Responsibility (PEER) has accused the Interior Dept. of hounding one scientist in particular. Dr. Charles Monnett is a wildlife biologist with the US Bureau of Ocean Energy Management, Regulation and Enforcement (BOEM). He’s one of the government’s foremost experts studying the environmental conditions around the Earth’s Arctic pole. Dr. Monnett was suspended on July 18, 2011 and placed on administrative leave, even forbidden contact with his coworkers.

The drama began in 2006 when Monnett and a colleague jointly published a review in the scientific journal Polar Biology. The paper described, in heart-wrenching detail, the rapidly changing climate in the Arctic region. Visions of drowned polar bears, already endangered, were described in detail as they struggled to swim from one floating block of ice to another.

As documented countless times by various authorities, the ice in the polar regions is in fact disappearing. With it go the needed rest stops polar bears use while searching for ever disappearing food. It’s not uncommon for a typical polar bear to swim dozens of miles before finding a block of ice to rest on. More and more, the polar bears swim for hours, sometimes days, without finding a single block of ice on the world’s Arctic pole. Before long, the bears simply tire out and drown. The increasing site of drowned polar bears floating throughout the pole is what prompted Dr. Monnett and his colleague to write their paper.

The doctor’s paper caused a backlash against proposed oil and natural gas drilling in the Arctic region, fearing the human activity would make a tragic situation worse. In response, the US Federal government began a five-year program to discredit, and if needed, silence one of their own chief scientists.

So far, the Inspector General’s office has only confirmed that Dr. Monnett’s suspension was related to an “on-going inquiry”. The doctor claims he hasn’t been informed of any specific charges and isn’t aware of any credible challenges to his or his department’s work. It appears to the doctor, as well as the watchdog group Public Employees for Environmental Responsibility, that the Federal government is targeting the esteemed biologist simply because they don’t like the results of his studies.

Based on interviews by the Inspector General’s office, PEER concludes the following:

The probe is being conducted by criminal investigators with no scientific training or background, who, based upon their questions, have little grasp of the scientific issues they are investigating;
They have rifled through all of Dr. Monnett’s e-mails and seized his papers and equipment, impeding his ability to work even before he was ordered to stay home; and
The investigators are seeking a link to former Vice President Al Gore, who referenced the polar bear paper in his book and movie, An Inconvenient Truth.
“Ever since this paper was published, Dr. Monnett has been subjected to escalating official harassment, culminating in his recent virtual house arrest” stated PEER Executive Director Jeff Ruch, noting the huge economic stakes for oil companies seeking to open Arctic waters in suppressing scientific research. “We think they’re nervous about his portfolio of science in the Arctic” he continued, explaining that there’s enormous pressure to move ahead with offshore drilling in the region.

Earlier this year, in response to increased attacks by Federal authorities on impartial scientists, the Interior Dept. adopted new rules intended to protect and safeguard the independence and integrity of the government’s scientific community. PEER’s Jeff Ruch points out that if this investigation is the result of the new standards, then the new standards are nothing more than political lip service. In fact, the watchdog’s executive director believes things have only gotten worse under the Obama administration, an accusation that surprises most critics.

“Despite bold rhetoric about respecting science, this case illustrates that federal scientists working in controversial areas today are at greater risk than during the Bush administration” said Ruch, pointing to heightened pressure on Alaska BOEM scientists to expedite offshore drilling approvals under President Obama, “If Interior’s scientific integrity policies offer no protection to scientists like Dr. Monnett, they are not worth the paper on which they are printed.”

WhiteOut Press - July 2, 2022 0
Internet of Things is Spying on You in your Home   By Mark Wachtler Amazon and US spy agencies have been business partners for years. Image courtesy...