Home Tips Beyond The Dream: What It Takes to Develop a Product Prototype of...

Welcome to the world of Edison, Ford, and the Wright Brothers, to name but a few. You’ve invented something, and you’re sure it’s going to be the next big thing. But you aren’t the only one to have had an idea.

In fact, in 2015 alone, 288,335 patent applications were filed in the United States. Clearly, there are a lot of new ideas being hatched and developed at any one time! Of course, an idea for an invention isn’t the same as bringing it to the world. There’s a long road ahead.

What’s next? Creating a prototype.

This 3D model will help you test your idea, fine-tune the design, realize material choices, and have a working model to promote. Simply, it’s a vital step! But how do you do it properly? We wanted to help. Keep reading to discover everything you need to know about developing a product prototype.

Understand the Audience and Function

Not all prototypes are made for the same reason. Thus, the first step is to realize who you’re making it for, and why. This is vital for creating something that’s appropriate for the purpose. There’s no point spending significant amounts of time and money unnecessarily. Conversely, you don’t want to oversimplify the design if the situation calls for something more complex. This subject relates to the level of fidelity. A low-fidelity prototype is a simpler version of a design that serves a good conceptual function. A high-fidelity version is visually far closer to the final product. A higher-fidelity model will help outsiders get a better impression of the overall idea. Trying to get people to buy into your invention? This could be the way forward. Conversely, initial conceptual presentations will benefit from far simpler iterations.

Okay, so what’s participatory design? Essentially, you work with would-be users to interact with variations of the prototype. Using simple models, people engage with them and provide feedback about usability. This is hugely beneficial in terms of the final design. You don’t want to get to the end stages and realize there’s a foundational problem. This amounts to wasted time and resources. Fixing the problem entails returning to the drawing board. Leverage participatory design throughout the process instead. This highlights issues early on. You can address them accordingly. Their feedback facilitates improvements in the actual design of your invention. First, though, you need to get the prototype itself up and running.

The previous points are more general in nature. They address two core principles to keep in mind throughout. But they don’t actually bring about a tangible product. Now’s the time to take action. Often, the primary step to realizing your invention is sketching it out. Chances are, you don’t need any encouragement. Have a sketchbook handy at all times. This will help turn your idea for an invention into something physical. The mind moves at a hundred miles an hour. It flows and shifts in milliseconds, processing and problem solving the whole time. Take those ideas and start drawing. It’ll help concretize the plethora of ideas in your mind. Whenever a new thought comes to mind, jot it down. Over time, you’ll develop a more complete iteration of what the prototype should look like.

All of those sketches will have honed your idea. You now have a realistic, working understanding of what your invention looks like. It’s time to take it to the computer. Technology is, of course, a powerful tool. That’s particularly true in the design world. A handmade sketch is good. The utility of it is limited though. Imagine being able to turn, rotate, and flip the subject of the drawing, on the page. Imagine being able to see the design from all angles, zoom in on particular features, and see a realistic photo-version of it. That’s what a computerized version offers you. Take your handmade sketches and use a computer program to make a 3-D rendering of it. AutoCAD is often a program of choice among designers. Do it yourself, or hire someone to do it if you lack the technical means and ability required.

At this point, your initial idea is now finalized. You’ve seen it on-screen and are happy with the result. Now it’s time to get practical. This is the building stage of the prototyping process. As always, there are different routes you could take. Of course, having the knowledge and resources is a big help. You can set about creating a prototype yourself. Otherwise, you’ll need to find someone to do it for you. As it happens, professional prototype designers and engineers serve this exact purpose. It’s their job to build a quality prototype for you. Alternatively, any old designer or engineer may be capable of the task. From there, set about creating an initial prototype. Remember, don’t seek perfection from the outset. Create a beta, low-fidelity version from cheaper materials. Test it and seek feedback. Create a Mach-2 version and repeat the process until you’re happy the design is as good as it can be. Only then is it time for a more expensive, accurate, high-fidelity prototype.

Final step? File for a patent. Now, that process could take up a whole post in its own right! We won’t go into detail here. However, for anyone close to this stage, consider finding a manufacturer for the finished product beforehand. It helps to ensure your invention’s financial viability. You don’t want to get the patent, only to find there’s no margin in the product. Find someone who can quote you a price. The right manufacturer will depend on your precise material needs. Chemical firms, for instance, may benefit from this one here. Be sure to get quotes from various suppliers and manufacturers to find the best deal.

Time to Create a Product Prototype

There you have it: a selection of essential tips for developing a product prototype. Hundreds of thousands of new products get invented every year. Of course, not all of them get created. An even smaller proportion ever become a success. If you’re determined to stand out, then prototyping is a key step. Hopefully, this post has highlighted some key steps to doing it right. Want more advice like this? Head to the business section of the blog now! 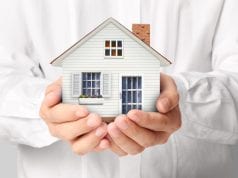 Common Home Hazards and How to Deal with Them

Jose Marninio - February 6, 2023 0
LONDON Cirque le Soir One of the most exclusive and probably most extravagant clubs in London's Soho district is the Cirque le Soir. With its circus-themed...