“I think I’ll start a business just to make it fail” said no entrepreneur ever. Yet, way too many startups don’t seem to make it to year number two, three, or beyond.

What are some of the mistakes that these startups are making that forces them to have to close their doors only months (if not days) after they opened? Here are a few things to consider, all of which serve as a gentle reminder of what not to do with your startup if your goal is to last.

If someone wants to lose weight, who has the better chance of succeeding: someone who takes the time to create a well thought out nutrition and exercise plan or someone who simply wings it and hopes for the best? Definitely the first one.

And which person will also be more prepared for any hurdle that appears? The first one again.

The same is true when you’re starting a business. If you don’t have a plan, you’re not only unclear about the path you must follow, but you’re also less prepared when obstacles appear—which they will.

Developing a successful business plan involves analyzing your market, researching your competition, and deciding which products and services you will offer. It also involves knowing how you’ll structure your startup organizationally and what you’re going to do to effectively market your goods.

In business, it’s often said that you have to spend money to make money. While it is true that there are some startup expenses there is no way around, blowing your budget before you have a growing company can really set you up for failure.

If you’re in the very beginning stages of entrepreneurship, one way to cut expenses is to choose a business idea that requires a low initial investment. There are plenty of ideas for businesses that fall into this category, some of which include photo printing, blackhead removal, and translator.

If you already have a business idea, take the time to sit down and make a list of things you must spend money on at the beginning. Then, create a secondary list of things that you’d like to have, but can realistically wait until you get some money coming in. Work on that first list and only spend money on the second when you’re more financially situated.

Be the Same as Everyone Else

It’s not uncommon in business to copy what someone else is doing in your field that appears to really be working. Admittedly, this can help catapult you forward, but it is also a slippery slope because the last thing you want to do is be the same as everyone else.

Think about it. If you’re exactly the same as those you compete against, why would anyone choose you instead? They probably wouldn’t. Especially if your competitor is a company that has been around for a while and has a fairly well established brand.

That’s why it benefits you to be unique as this helps you stand out in your field. Maybe you offer clients more convenience or reliability, or better customer service. Or perhaps your products and/or services are higher quality or elicit a more emotional response. Whatever it is that makes you different, capitalize on that.

Starting a new business isn’t easy, but as long as you avoid making these all-too-common mistakes—not making a business plan, blowing your startup budget, and being the same as everyone else in your field—you’ll have a greater chance of creating a company that lasts for years, if not decades or centuries. And that’s a startup worth starting. 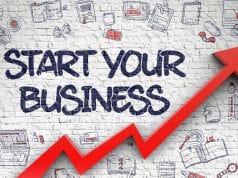 How to Start a Business From Scratch 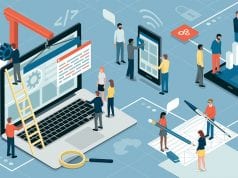 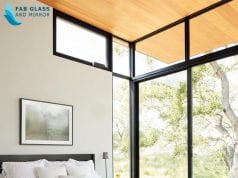