March 2, 2014. Alexandria, VA. (ONN) When it comes to independent news outlets, they don’t come any more grassroots than IntelliHub News and Watchdog Wire. Both are on the cutting edge of online news reporting and now, each has just announced they are looking for writers, reporters, and journalists. While extensive experience isn’t required to be a citizen reporter, like most things, the more experience you have the better your chances of getting published.

It’s probably safe to say that if you write about sports, Hollywood, celebrities, vacation destinations or any other recreational activity, these two opportunities aren’t for you. But if your passion is politics, government, corruption, grassroots activism or any other topic that has been spun, censored and blacked-out by the Wall Street media, then keep on reading.

Our friends at IntelliHub News recently announced their ‘open source portal’ which provides citizen-journalists with an easy-to-use online submission form to provide original articles or even just news tips to the publication’s staff writers. For all those paranoid, nervous or retribution-fearing reporters like us here at Whiteout Press, the Editors of IntelliHub News are quick to reassure potential contributors.

They explain, “Please note that absolutely every submission remains anonymous and none of your information will be made public unless otherwise requested by you.” The outlet’s ‘Submissions’ page goes on to describe a typical contributor, and it’s you, “The very fact that you are reading this page right now likely means that you have invaluable information which you are considering submitting to our agency. We are glad to know there are brave individuals like yourself still out there willing to join the fight.”

Describing itself, IntelliHub News informs readers and potential writers, ‘Intellihub News is a one of a kind open-source agency that allows any person, of any perspective, to become a part of the conversation by contributing their own ideas and becoming part of the media themselves.

In addition to accepting article submissions from truth-seekers worldwide, Intellihub News is also a portal for releasing secret documentation and for reporting on highly controversial or sensitive subject matters not covered by other agencies.’

Illustrating why IntelliHub is one of our favorite fellow independent news outlets, the publishers are die-hard supporters of freedom of speech and freedom of the press, while passionately fighting against censorship. ‘It is our goal to help create a truly free and independent press platform by lowering the barrier to entry, thus creating a censorship-free platform for activists to express themselves to their true root cores,’ they explain.

The outlet goes on to assure potential writers of their sincerity and pledge not to play favorites or censor controversial subjects or reports. ‘We refuse to censor our writers for any reason, even if we happen to have fundamental philosophical disagreements, as for too long the media has been monopolized by corporations, various government factions and personality cults across the world,’ they write, ‘Now for the first time, average, everyday people have the power to break this monopoly by doing their own research, spreading their own ideas, engaging the masses on the frontline.’

How To Get Involved

For anyone considering taking advantage of the opportunity and submitting original news articles for possible publication by IntelliHub News, the outlet makes a humorous attempt to push prospective writers to action.

‘While your participation on the frontline is not considered mandatory, by reading this you have been drafted into the current information war,’ the outlet writes, ‘It’s simple. You get involved and become proactive! We merely provide you with the essential tools and social power to make it all work.’

The publisher goes on to explain the two types of submissions they accept and the two methods writers can use to provide them. First, IntelliHub is seeking raw news tips along the lines of whistleblower horror stories, blacked-out local news, or even controversial documents that individuals wish to expose to the world.

The second way to participate is to write your own original news articles. As far as supplying them to the publisher, writers can either email their works and tips or upload them using IntelliHub’s online submission form.

Closing their appeal for writer-reporters, the editors reiterate their policy of seeking the truth, not propaganda. ‘Intellihub News needs even more free-thinking active participants to counter and engage the enemies’ propaganda that has kept society invisibly enslaved for decades.’ For more information or to submit your own tips and articles, visit IntelliHub.com.

Another ‘free press’ news outlet that is seeking writers is Watchdog Wire. While we’re hesitant to describe them as either ‘independent’ or ‘grassroots’, the non-profit’s stated mission is about as noble and American as it gets. ‘Watchdog Wire exists to train citizens just like you to be citizen journalists and provide a place to feature your work. By covering stories in your local community that are otherwise ignored by the establishment media, you can make a difference!’

Just like IntelliHub, Watchdog Wire already has a small staff of professional writers. And they are now both expanding their offerings to include citizen-journalists. According to the outlet’s website, ‘Watchdog Wire is a project of the Franklin Center. The Franklin Center was founded in 2009 to help fill the void created as the nation’s newspapers cut back on their statehouse news coverage and investigative reporting in the wake of falling circulation and revenues.’

Explaining their new citizen-journalism efforts, Watchdog Wire writes, ‘We’re leaders in the new wave of non-profit journalism. We have reporters, news sites, investigative journalists and affiliates across the country – and we’re growing. In addition to our nationwide team of professional journalists, we are expanding our reach into citizen journalism.

We provide training to these citizen watchdogs so that they can better employ journalistic standards as they keep their local governments accountable through their blogs and Web sites. While distinct from our journalism efforts, this new wave of information activism will help fulfill Franklin’s vision of creating a more vibrant democratic society based on accountability and open government.’

How To Get Involved

A video available on YouTube and included on Watchdog Wire’s page for prospective reporters explain why the outlet’s efforts are so important. It presents a seemingly never-ending parade of current citizen-journalists touting the desperate need for grassroots news reporting in today’s America. Some are well known like Michelle Malkin, while a number of others are current Watchdog Wire writers like Ben Nanke.

Another participant featured in the pro-1st Amendment video is Jason Stverak, President of the Franklin Center which publishes Watchdog Wire. “When we started the Franklin Center in 2009, we named it after Ben Franklin because, at the heart, he chose to be a printer, a journalist,” Stverak explains, “The First Amendment should never be threatened by a government official, a member of the US Senate or US House, or any government bureaucrat who wants to determine who is and is not a journalist.

The editors and publishers encourage citizens interested in covering their own local government and news to contact Watchdog Wire using their ‘Submissions’ online form. ‘The salvation of the state is the watchfulness of the Citizen,’ they urge, ‘To start shining the light of transparency and accountability on your public officials, sign up to write and report for Watchdog Wire.’ For more information or to apply to be a Watchdog, visit WatchdogWire.com. 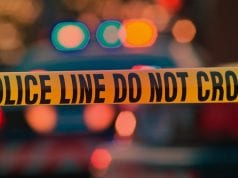 12 Banking Deaths in 1 Month Most Linked to Monetary Policy