Home Business Your Clutter Is Making You Less Productive at Work

There is something about walking into a clean, organized office that makes a person feel ready to conquer their day.

It was one suggested that clutter increases creativity; however, recent studies have found that the more clutter you actually have in your office, the less productive you are.

It goes without saying that clutter significantly hinders your ability to get things done. With that said, if you can’t get work done, you likely won’t fare well in your monthly or yearly review.

Majority of the population works in an office, and offices are notorious for accumulating clutter. Fortunately, there are resources like junk removal companies that can take your unwanted items off of your hands. To learn how to start purging unneeded items from your office, click here — it’s time to get more productive at work.

Here’s why your clutter is making it a lot harder for you to get stuff done:

It’s hard to stay on task and get things done when all you are thinking about is your clutter and when or how you are going to get rid of it all.

In her article Why Mess Causes Stress, psychologist Sherrie Bourg Carter explained that clutter is rarely recognized as an anxiety trigger — despite that messy homes and workspaces leave people feeling “anxious, helpless, and overwhelmed.”

How are you supposed to be productive when your clutter is causing you anxiety? It’s a lot easier to focus and get things done when you are relaxed and completely committed to the task at hand.

Think about it — when you have more things in your space, you feel more contained. This can make you feel physically and mentally restricted. Your mind thinks more creatively when you’re working in a clean, open space.

If you are putting off tidying up, you are probably putting off tasks too. A study published by Current Psychology discovered that there is actually a direct link between clutter and procrastination tendencies.

Mess sends a message to your brain that your work will never be completed, which makes it that much harder to be motivated to take on new tasks.

It Makes it Hard to Find Anything

According to findings from a Reliable Plant study, the average person spends up to 4.3 hours looking for papers a week — that’s a lot of wasted time. There is nothing productive about taking hours to find one piece of documentation.

The same rings true for your digital workspace. f your desktop and download folders contain unorganized miscellaneous files, you are likely to spend a lot of your day trying to identify the right file to work on or to send to a co-worker or client.

People bogged down by excessive clutter tend to be embarrassed by the state of their work area — this makes them want to spend less time in their office and makes them feel unable to work collaboratively in their space.

It’s time to get your office tidied up so that you can calm your mind, feel comfortable letting people in, and get motivated about getting work done. 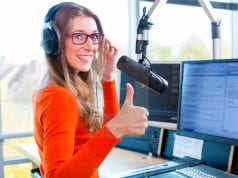 7 Qualities Of A Good Radio Presenter 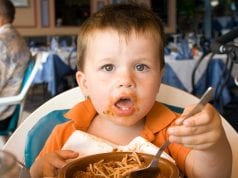 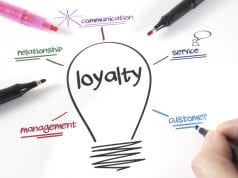