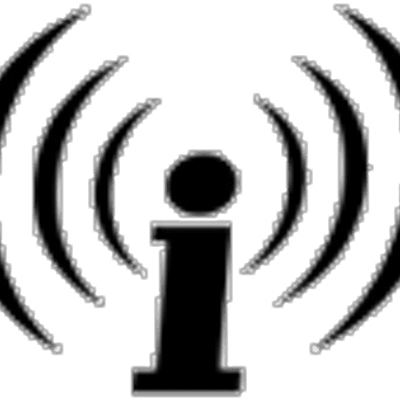 October 16, 2013. Once a year, we at Whiteout Press ask you our readers to consider making a small donation to help us continue publishing the news that’s blacked-out and censored. We don’t ask often because we don’t want to bother you, the same reason you’ll never seen a pop-up ad or self-playing video on Whiteout Press. We’re not like the corporate media, we’re real people just like you. 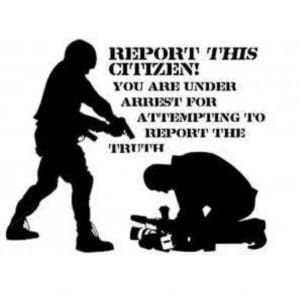 This cartoon is becoming more of a reality every day. We know because we’re living it. Support Whiteout Press – support indy media.

Actually, Whiteout Press is a real person. My name’s Mark Wachtler and it’s my sincere honor and pleasure to introduce myself. Since I launched the grassroots news site in 2011, many people have written and asked who we are. It’s true that I’ve kept my name out of public view in an attempt to keep any reprisals away from my family, especially my two children. But it’s also true that we’re not backed, funded or controlled by anyone but our readers. We truly are an independent news outlet. And we could use your help.

Visit the Whiteout Press Donation Page. We would truly appreciate it.

As I mentioned, my name is Mark Wachtler and I write, edit and publish Whiteout Press. Long-time readers may remember that I’m a poor, laid-off, single dad. I’ve spent the past 18 years raising my two daughters while simultaneously being forced to pay child support each week for them, even to this day. My driver’s license is suspended. The government banned me from leaving the country over it, confiscated the little money we had, and I will probably forever owe money and be threatened with jail for eternity, all for raising my kids alone and with no help.

Yes, I’m bitter and frustrated. But you’ll notice that I don’t harp on it or even write articles about it (except on Father’s Day). That’s not my motivation for exposing evil, fighting corruption or standing up for the little guy. Your author’s been fighting the power and sticking it to the man since my eyes were opened when I was 17 way back in 1987.

I watched what the government and media did to America’s farmers, veterans, jobs and debt. I remember Ruby Ridge, Waco and Oklahoma City like it was yesterday. I’m a passionately patriotic person, but as I like to say, “Patriotism has little to do with loyalty to one’s government. It is loyalty to one’s country, one’s countrymen and the very soil itself.”

During the high points, I ran for elective office once and won. During the low points, the FBI raided my house because my writings were found at the homes of various people being watched by the government for various reasons. I’ve been sued by Peanuts creator Charles M. Schultz for violating his copyright, and I’ve successfully sued the government for illegally spying on me. It’s been one heck of a 25-year adventure. For all you newbies and first-time grassroots activists, I can promise you one thing. It’s serious, but it’s worth it.

Many readers like and appreciate the experience, premonition, honesty and common sense Whiteout Press brings with its unique content that can’t be found anywhere else. Today, we’re reporting on drone wars, NDAA, Anonymous, Occupy, GMO’s and veterans. When I first started in 1987, there were different people and different names, but it’s still the same fight. And that fight isn’t for one cause or another, or one side or another. It’s for the truth. Unlike the corporate-owned media, we won’t tell you how to think. But we’ll do everything we can to bring you the information you need to have an informed opinion.

Readers might also be happy to know that we donate free ad space and run free ads on every single Whiteout Press article to the grassroots organizations and independent news outlets out there that we feel our readers might enjoy. And they come from the left, right and center. As we keep saying, the political battle in America is not between the left and the right. It’s between the elite Establishment (aka, the Empire) and the people (aka, the Republic). The people just don’t know it yet.

Just to refresh our readers’ memories, below are some of the topics and stories we’ve covered repeatedly over the past year. We’re happy and proud to be able to help spread the word about good causes, as well as help shine a spotlight on the bad. As always, if it’s blacked-out, covered-up or censored, you can find it at Whiteout Press:

Bill of Rights, US Constitution

As readers can see, we’ve published numerous original, in-depth articles about a vast array of censored subjects. And this is just a short list of the most common topics we seem to write about most often. With your support, we’ll continue to cover these subjects and many more.

Please consider making a contribution to Whiteout Press to help us continue publishing. No donation is too big or too small. And all are truly and sincerely appreciated. On behalf of myself and Whiteout Press, we can’t thank you enough.