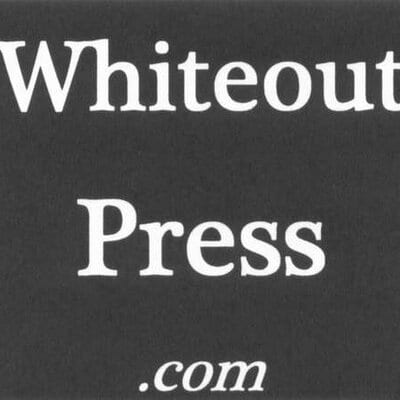 “The news shouldn’t be left wing or right wing, conservative or liberal. It should be independent. It should be the news.” That was the quote by Mark Wachtler almost three years ago explaining the reason he created the independent news outlet Whiteout Press. If there’s one thing the additional news sites all have in common, it’s that dedication to grassroots, independent journalism.

Many readers write and ask who’s backing us, funding us, or controlling us? The answer is nobody but our readers and subscribers. For evidence of that fact, visit Mark Wachtler’s political history/bio page detailing his 25-year political journey that lead him to this moment. Spending most of his life as a passionate, precinct-level, grassroots campaign volunteer ignored by the media, he launched his own news outlets to give his fellow activists the public spotlight they’ve earned and so justly deserve.

ONN’s political belief and founding principal is based on the idea that America’s political factions are realigning before our eyes. The battle in America is no longer the left versus the right. Both sides have corrupt elites at the top and sincere activists at the bottom. The new and coming political battle lines in the US are becoming ever more clear. The elite Democrats and Republicans leading both parties have united on one side, while the honest, grassroots activists at the bottom are increasingly working together on the other.

We at the Opposition News Network pledge ourselves to giving those sincere, grassroots social and political activists – from the left and the right – a platform to make their voices heard. The overall structure of the news organization is broken into three divisions. The ONN family of news outlets now includes:

For those not familiar with the popular independent news site, Whiteout Press publishes 99% original custom content with daily news articles covering practically any subject that, as the site says, is ‘blacked-out, covered-up or censored.’ Some of the recent articles from the three-year-old outlet include:

And just to show what one single parent with no resources can accomplish, one of the most popular Whiteout Press articles to date has been, ‘Supreme Court rules Drug Companies exempt from Lawsuits’. In the four months since we published it, the article has received over a half million page views and a jaw-dropping 217,416 Facebook ‘Likes’.

After six months of non-stop meticulous labor, ‘It is alive!’ And if we do say so ourselves, the new news site OppositionNews.org exceeded even our wildest expectations. It’s a cross between an MLB All Star game, Disney World and an exciting election campaign. Even with the site’s frame complete but only half the content created so far, it’s obvious this website will be one of thee go-to news outlets for coverage of independent and third party politics.

Upon entering the site’s home page, readers are met with something they’ve surely never seen before in their lives – the 24/7, auto-updating news feeds from America’s 15 Opposition political parties, all on one page. And contrary to some people’s fears and warnings, putting these grassroots parties from the left and the right together in one spot didn’t cause the Earth to swallow us up, we weren’t struck by lightening, and there are no left-right riots on our home page. Imagine that.

The other section, and sure to be the most popular destination by visitors, is the ‘States’ section. There, readers will find all 50 states listed out plus the District of Columbia. Clicking on any state, readers will be taken to its individual page where they will find, what else, the real-time, 24/7 news feeds from participating state party affiliates. The section even includes single-state political parties and organizations that run independent candidates. Granted, most states only have one or two feeds at the moment. But we’re adding more every day as word spreads.

For now, we’re only listing political parties on our ‘Parties’ page that have recently run a Presidential candidate and that have a national presence. On the ‘States’ page, any and all political parties that have an official state affiliate, or even independents and single-state parties, are welcome to provide their RSS news feed. For more information, reach out to us via the site’s Contact page.

With OppositionNews.org being partially up and running, the site has demonstrated what might be its most beneficial function of all – reporting on candidates that have thus far been desperate for media exposure. The below list of the first few Opposition News articles gives an indication of what readers and subscribers can expect going forward:

Some political parties on the Opposition News home page have ‘no feed available’ currently listed under their section. If they would like to provide us with a news feed, visit the site and email us. Any state parties that also would like their individual news feeds included on our States page can also email us and provide the RSS feed for evaluation.

With Whiteout Press covering general national and international news, and Opposition News covering independent politics, candidates and elections, the only piece of the puzzle still missing was a local news outlet to help shine a spotlight on our friends and neighbors who’ve been so supportive over the last three years here in the Windy City. Even before Chicago, the White House and Wall Street became a three-way revolving door, Chicago was a hotbed of blacked-out grassroots activism.

The universally respected Free and Equal calls the city home. So does Taxpayers United of America. For the Good of Illinois just released the first-ever searchable database of every penny of government spending on any level of government. The late Aaron Swartz and Anonymous’ Jeremy Hammond are from Chicago. Occupy and the Tea Party each have a large, blacked-out presence. Food & Water Watch, Young Americans for Liberty, Greenpeace, the ACLU, the Libertarians, Greens and all the other parties – all have an active presence in Illinois and would desperately love some media coverage for a change.

First published in 1814, the Illinois Herald is the oldest newspaper in the history of the state of Illinois. It was opened and closed in just one year, four years before Illinois even became a state. The news outlet was never located within any local, state or federal territory and existed in the frontier town of Kaskaskia, Illinois in the Illini Indian nation. It’s with that independent history and spirit that the Illinois Herald is once again publishing the news.

To give readers a sense of the types of articles to expect from the Illinois Herald, below are a sampling from the first week of publication:

The news site’s ‘About’ page sums up where the outlet goes from here, and the obstacles that stand in its way. The site explains, ‘200 years later, with the French, British and Illini all gone, the Illinois Herald is publishing the news once again. And just as when the paper was first launched in 1814, we’re again blazing a trail into uncharted territory amid hostile surroundings.’

Covering things like the Chicago Democratic Machine and multi-national corporations in an honest light can be hazardous to one’s health. That’s why few of the mainstream news outlets in the city have the courage to do it. Here at the Illinois Herald, we’re going to try. Wish us luck, we’re going to need it.

For those who hate the sound of someone asking for donations, we apologize. For anyone who wants to accuse us of doing this for the money, first we’ll laugh, then we’ll ask you to read ONN founder and owner Mark Wachtler’s political history/bio again. The history of Mr. Wachtler’s tireless journey leaves little or no doubt that the motives and goals of each of the Opposition News Network’s news sites is nothing short of sincere and honorable.

With that said, if any readers would like to take this pivotal moment to make a small donation to help us continue our effort, it would be sincerely appreciated. Those interested can even pick which specific news outlet they’d like to send some help to, and as always, thank you:

“This is only the beginning,” founder and editor Mark Wachtler promises, “I can’t wait to see where our readers and subscribers take us from here.” Like all ONN news sites, subscriptions are free and delivered via email to your inbox approximately once per week. There are never any pop-up windows or self-playing video ads. And readers’ personal information is never made available to anyone for any reason. 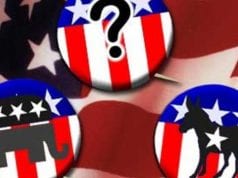 Stephen Zelaya - December 1, 2022 0
Check out these affordable and cost-effective marketing ideas for your small business. Small businesses are under more pressure than ever to operate competitively and lean....

Sports Facility Surfacing is crucial as it provides safety and looks...