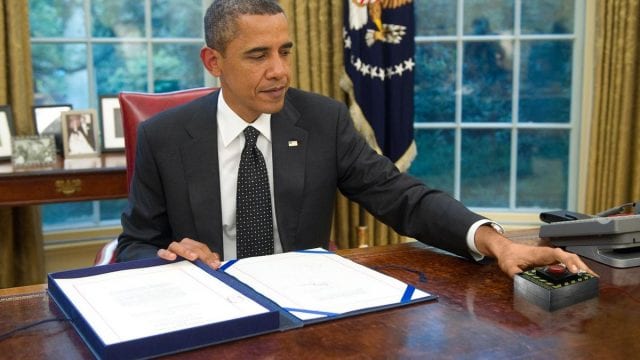 October 13, 2013. Five weeks ago, military whistleblowers inside America’s nuclear weapons program alerted the press that an unprecedented and secret transfer of nuclear warheads was underway. On the same day, President Obama suspended the second in command of the nation’s nuclear weapons arsenal. A few days later, he fired the Air Force’s commander in charge of US nukes. What’s going on? 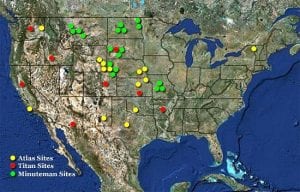 If White House and Defense Department spokesmen can be believed, there’s nothing to see here. Nothing unusual is going on and the Obama administration’s suspension of two of the highest ranking nuclear weapons commanders in one week is allegedly normal. As far as the secret, paperless transfer of nukes from Texas to South Carolina on the exact same day – it never happened.

On September 3, whistleblowers inside the US military alerted independent and mainstream media outlets about the mysterious movement of America’s dusty old nuclear warheads stored at an Air Force base in Texas. Witnesses described how the nukes were loaded onto semi-trucks bound for a military base in South Carolina. With the base commander present and approving the transfer verbally, no paperwork was ever noticed by any of the whistleblowers.

Infowars was one the first outlets to alert the public. “Alex Jones here with a breaking emergency alert for Infowars.com,” Jones began his news announcement, “We’re in Texas and have military sources at a major Air Force base in west Texas that have reported to us the unprecedented event of secret nuclear weapons that were stored there being removed and transferred out of the base today, to be shipped to South Carolina.”

South Carolina’s Republican US Senator has made some bizarre comments over the last year, almost all in support of launching numerous new wars around the globe. It was Senator Graham (R-SC) who has ceaselessly argued that the US should join the Syrian rebels and launch a war against the Assad regime. Not stopping there, Graham insists that once Assad is removed from power, the US should turn on its Syrian rebel allies and annihilate them too.

Also on September 3 – the same day as the secret nuke transfers and the suspension of America’s #2 nuke commander – Sen. Graham ominously warned the nation that his home state of South Carolina was in danger of being nuked by Iran. The only way to guarantee the entire city of Charleston wouldn’t be murdered, Graham insisted, was to launch a pre-emptive war against both Iran and Syria.

Published by Infowars, CBS News quoted the Senator. “He [Graham] says if there is no US response [to Syria], Iran will not believe America’s resolve to block Iran from developing nuclear weapons. Graham also says those nuclear weapons in the hands of terrorists could result in a bomb coming to Charleston Harbor.”

Constant critics of America’s war machine and empire-builders immediately put the events of that one single day together and warned of an impending ‘false flag’ attack on South Carolina. They reiterated that on that one day, Sept. 3:

Just two days ago, the Washington Post reported that the Air Force’s top nuclear weapons commander was also removed from duty, joining his Navy counterpart. Neither the Air Force nor the Obama administration would comment on the reason for his removal.

The Post reported, ‘The Air Force removed Maj. Gen. Michael Carey, a 35-year veteran, from his command of 20th Air Force, responsible for all 450 of the service’s intercontinental ballistic missiles. Carey, who took his post in Wyoming in June 2012, will be reassigned pending the outcome of an investigation into personal misbehavior, the service said.’ Showing why so many critics of the federal government are suddenly nervous and suspicious, the outlet writes, ‘Removing senior officers in the nuclear force is rare but has happened twice this week.’

Echoing the suspicions of a number of government critics, Infowars closed its report describing Gen. Carey’s replacement as commander of the Air Force’s nuclear weapons, ‘The highest level generals have now installed a new commander, Pentagon Air Force Commander Jack Weinstein, who may be willing to do the bidding of higher ups that the previous two nuke commanders would not.’

Half of Congress drunk during Shutdown Vote

The numbers behind the US Shutdown and Default