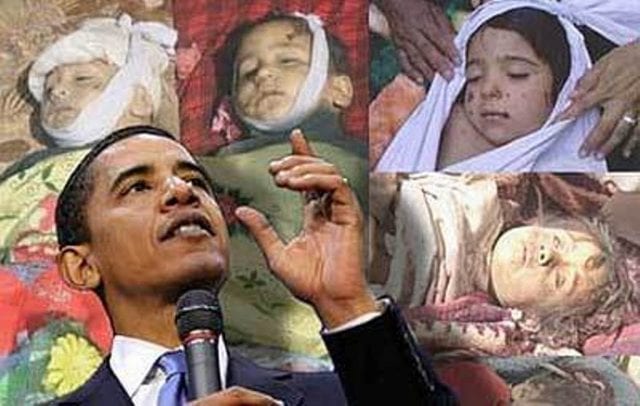 December 20, 2012. Newtown. Numerous videos have been released in the last few days in response to calls for gun control and the tragic shooting in Connecticut last week. The shocking, graphic and detailed efforts attempt to show the hypocrisy of the Obama administration. Using the President’s Sandy Hook Elementary speech in one and his military drone speeches in another, the producers list 178 children killed by drone strikes personally ordered by President Obama, with pictures. It’s tragic, touching, and controversial. 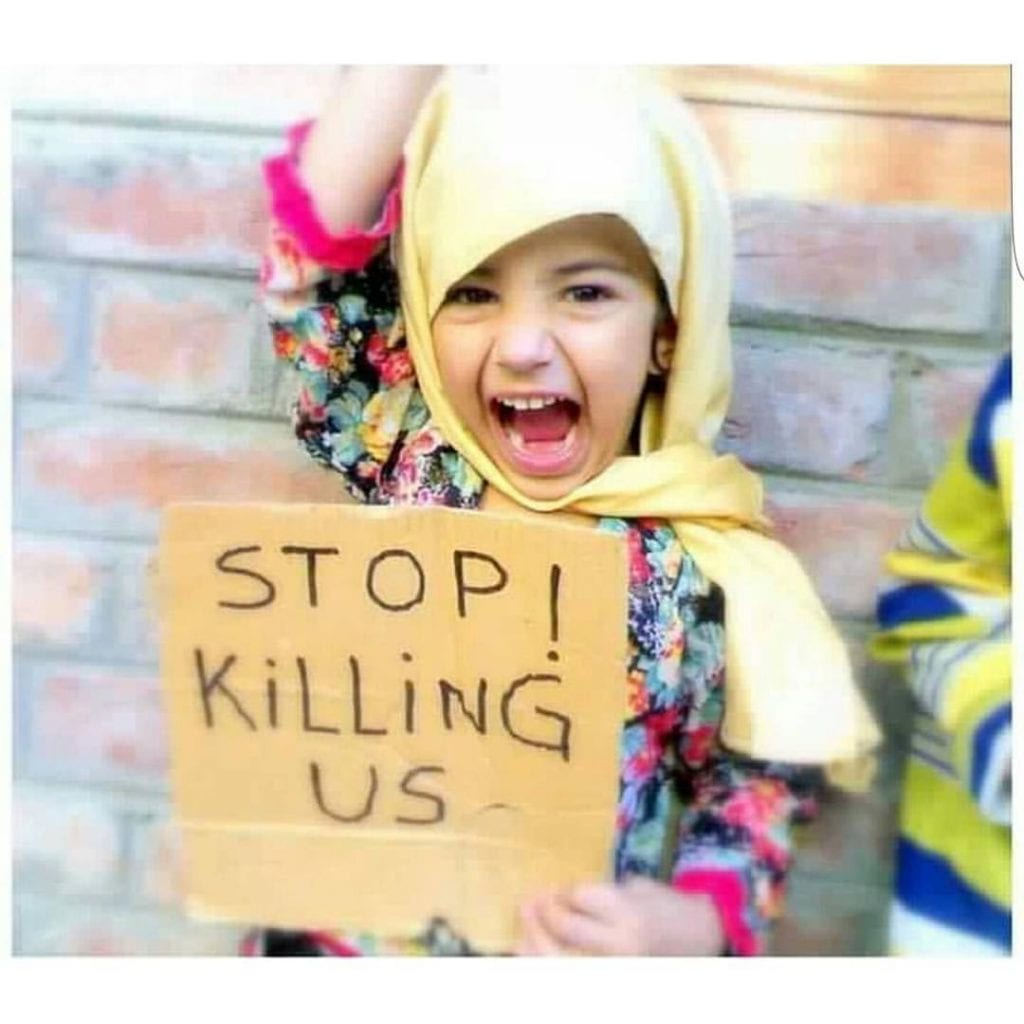 Child Casualties as a Result of US Drone Strikes

University of Michigan professor Juan Cole recently produced a documentary detailing the often forgotten innocent victims in America’s war on terror – the children. In this short video distributed by WarCosts.com, the video’s producer assembles this 1.5 minute pictorial scrap book showing the images of many of the 178 children killed by US and NATO drone strikes, personally signed for by President Obama since he took office. Some of the pictures are ‘before’ shots, some ‘after’. Warning, many are hauntingly gruesome.

As recently as today, additional videos detailing President Obama’s lethal drone strikes upon children have been released by other grassroots organizations and activists. Among them is a 13-minute video from Alex Jones and Infowars. The Infowars video includes a 9-minute video produced by another source which overlays President Obama’s Sandy Hook gun control speech with global headlines detailing the 178 children killed by US drone strikes.

“Warning, viewer discretion is advised,” Alex Jones begins the Infowars video, “You are going to see the evidence that President Obama knowingly and consciously orders the murder of men, women and children, signs death orders for entire weddings. Or village gatherings are bombed by drones and other aircraft, knowing that children would be killed, and simply calling them collateral damage.”

Warning his readers, listeners and viewers that they should watch this video before it’s banned by YouTube, Jones says, “YouTube will allow images of dead children when it’s in mainstream news…Now, we’re not allowed to see the flag-draped coffins. Now, unless it’s mainstream news, we can’t show you the images of these dead children. So make no mistake, it will be flagged. It will be blocked. It will be banned.”

The following newspaper headlines and accompanying pictures are silently overlayed, one at a t time, over the video and audio of President Obama’s Sandy Hook Elementary speech. Transcribed from the above Infowars video:

Former US Pres. Jimmy Carter: ‘Dec 9, 2012: I personally think we do more harm than good by having our drones attack some potential terrorists who have not been tried or proven that they are guilty. But in the meantime, the drone attacks also kill women and children, sometimes in weddings…so this is the kind of thing we should correct.’

TheBureauInvestigates.com: ‘Feb 24, 2010: 10-year-old Naila was at home reciting the Quran when the strike hit. She died on the spot (Pakistan)’

Unknown: ‘May 21, 2010: 4 children – including Fatima, Nisar and Naeem Khan – were killed when a drone hit Mohammad Khel (Pakistan)’

NY Times: ‘Sep 8, 2010: 4 children reported dead when missiles hit a house. US official: no civilians killed since May (Pakistan)’

WikiLeaks: ‘Dec 1, 2010: cable corroborates evidence of US airstrikes in Yemen. Al-Ma’jalah, Abyan, was hit by a cruise missile on 17 December 2009…41 local residents, including 14 women and 21 children, and 14 alleged al-Qa’ida were killed in the attack (Yemen)’

The Daily Mail: Not Dated: ‘”Did we just kill a kid?”: The moment drone operator who assassinated Afghans with the push of a button on a computer in the U.S. realized he had vaporized a child…and could not go on (Afghanistan)’

United Nations: Not Dated: ‘346 Afghan children killed in 2009, more than half by NATO. 131 children were killed in airstrikes, while 22 were killed in nighttime raids by international special forces (Afghanistan)’

The final minutes of the video from Infowars contains additional headlines warning about a possible government move to outlaw guns. One segment even showed ‘before’ and ‘after’ pictures of a Libyan main street. The image before looks like a prosperous, clean city. The image after looks like a devastated war zone. The headline reads, ‘Libya Before and After Image Shows What a NATO/UN Humanitarian Mission Looks Like’.

As mentioned earlier, the video is a silent collage of images and headlines, interspersed within President Obama’s Newtown, Connecticut speech. The final moment is as impactful as it is controversial. But it solidifies the argument that the President is a hypocrite. In the closing seconds, when President Obama begins reading the names of children killed at Sandy Hook Elementary, the video’s producer simultaneously drops in images of children killed by US drone strikes.

Is it hypocrisy for President Obama to mourn the tragic murder of children in Connecticut, while simultaneously, knowingly killing innocent children in countries across the globe? That answer seems to be as hotly debated as the issue of gun control and drone strikes.

Stephen Zelaya - February 7, 2023 0
Moving from your old home to a new one isn’t easy, especially if you’ve lived in your current home for a long time. You’re...