Home Education The Origins of Gold Medals and Trophies

Medals have become a symbol of victory, given as awards that represent a form of recognition for various achievements. They come in the shape of a thin disc, are usually made from metal, traditionally from gold, silver, and bronze, with some kind of writing and design on both sides, and are intended to be worn around the neck.

Trophies most famously come in the form of a cup, although in more recent years, they have taken the form of an animal, human, or something that is connected with the competition it is being used in. They can be made from metal or molded plastic that is then colored, and have a wooden or marble base.

Both are awarded in a variety of activities, representing the highest achievement and serving as a top prize at many competitions, especially ones that are related to sports. But where did the idea for them come from, and how did gold medals and trophies become a desirable and important award for most athletes? Let’s take a look at their history and origins.

The Origins of Gold Medals

It might be surprising to some, but medals were not always like the ones we have today. The use of gold, silver, and bronze might be because of their composition, rarity, and availability, and it also might be connected to the mythological ages since these metals represent the three Ages of Man in Greek Mythology – the Golden Age, the Silver Age, and the Bronze Age. It is widely known that Olympic tradition derives from ancient Greece, some 2,700 years ago. However, the top prize for the victor was not a gold medal, but a silver medal and an olive wreath. The runners-up would receive wreaths made of laurel and a bronze medal.

In 1896, winners of the first modern Olympics were also awarded silver medals, while the second and third places received copper and bronze medals respectively.

Gold medals first appeared during the 1904 Olympics which were held in the United States, with the second place being awarded a silver medal, and the third a bronze medal. Since then these have become the three medal varieties used in competitions. However, according to GS-JJ.com, this prestigious sporting competition wasn’t the first to use these metals for their custom medals in modern times. In fact, before the creation of standard military awards, it was common to give medals for significant military achievements. Commanding officers would receive gold medals, and their subordinates would be awarded silver ones.

The Origins of Trophies

At the end of the 1600s, chalices were awarded to winners of sporting events. In 1699, a small, sterling silver cup with two handles, was given to the victor of a horse race in New England and this is probably the oldest sports trophy in the world. Later, recipients of these trophies were winners of boat racing and early auto-racing competitions.

These might have been the inspiration for all the famous cup-shaped trophies we have now, for example, the Football World Cup, the Stanley Cup, Davis Cup, and many others.

Although the majority of gold medals today, are mostly made of silver with 6 grams of gold covering the outside, and most trophies are inexpensive and made from plastic, there is no denying that they still hold great importance for people and continue to represent the great achievements made by many. 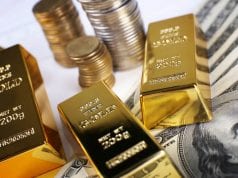 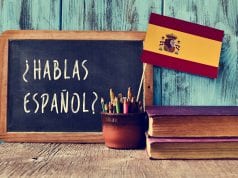 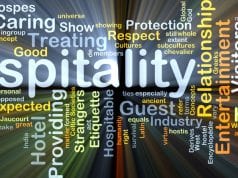