It seems that some people still doubt renewable energy’s immense potential to reduce the global carbon footprint on a scale, massive enough to keep climate change at bay. It’s hard to say where this skepticism stems from – perhaps some people are equating the environmental issues we’re facing to other, far more trivial matters which also receive lots of attention in the media space, or maybe the reason lies somewhere else.

Whatever the case though, one thing is certain – renewable energy can tremendously reduce our carbon footprint, and that’s just a fact. A comparison in energy ratings of the world before, now, and in the future, if renewable energy was to be adopted on a global scale quickly reveals that.

The Report by the International Renewable Energy Agency (IRENA)

The report serves as somewhat of an extension of the Paris Agreement, outlining the detrimental effects of carbon dioxide and how renewable energy and energy efficiency could neutralize them in G20 countries and worldwide.

“The Paris Agreement reflected an unprecedented international determination to act on climate. The focus must be on the decarbonization of the global energy system as it accounts for almost two-thirds of greenhouse gas emissions,” says Adnan Z. Amin, Director-General of IRENA.

The report reveals a long-term plan for keeping global warming within 2oC. It goes through eliminating 70% of the harmful CO2 emissions by implementing renewable energy on a massive scale by 2050. The 2oC limit is far from random – it represents the line we shouldn’t cross if we want to stay safe from the direct consequences of climate change.

Upon the release of the report, renewable energy accounted for 24% of global power generation and 16% of the primary energy use. Even though there has been some slow, gradual improvement in the renewable energy department, especially in certain European countries, China, and Japan, we’re still very far away from the target – by 2050, those numbers need to go up to 80% and 65% respectively, in order to achieve the sweeping decarbonization, necessary to keep global warming within the 2oC limit.

If those percentages seem a bit abstract, here’s another figure to put things in perspective: while in 2015, there were 32 gigatonnes of energy-related C02 emissions, by 2050, those need to be down to 9.5 gigatonnes and get there through a steady, continuous decline.

The mountain we need to climb toward the required state of decarbonization may seem impossibly huge when looking up at those numbers. That being said, Amin believes that the more efforts we invest in generating renewable energy, the easier and more natural the whole process will become, creating a domino-like effect of things slowly falling in place on all fronts.

“Critically, the economic case for the energy transition has never been stronger. Today around the world, new renewable power plants are being built that will generate electricity for less cost than fossil-fuel power plants. And through 2050, the decarbonization can fuel sustainable economic growth and create more new jobs in renewables,” Amin explains.

Not only can renewable energy curb climate change, but it can even improve the economy in the process, potentially increasing the global gross domestic product (GDP) by 0.8% by 2050 and opening up jobs in the renewable energy industry in place of the ones that would be closed in the fossil fuel industry.

But there’s a caveat – timing.

“We are in a good position to transform the global energy system but success will depend on urgent action, as delays will raise the costs of decarbonization,” Amin adds.

It’s also worth noting that the report specifically mentions that electric vehicles also need to become far more ubiquitous by 2050, and so do highly efficient all-electric buildings. Furthermore, liquid biofuel production needs to be 10 times more by 2050.

The Report by the European Environment Agency (EEA)

A report by EEA, released about a month after the one by IRENA, paints a slightly better picture of the present renewable energy landscape in Europe – better, but still far from good enough.

Coal is the harmful fuel which has been replaced the most, accounting for roughly 50% of the fossil fuel emissions that we have spared the environment, with natural gas taking the second place with 28%.

This is in line with IRENA’s report, according to which global oil demand will also drop down by 45%.

Another thing that needs to be mentioned is that according to experts, production of renewable energy alone isn’t enough – its placement also matters, meaning its sources have to be strategically installed in places where they’ll reduce the production of fossil fuels.

As you can see, changing our environmentally harmful ways, on a large enough scale to turn things around, will take some time, efforts, and adjustment. The good news is at least the change of attitude, without which none of the other alterations would be possible, is finally evident. 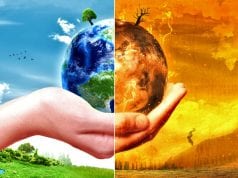 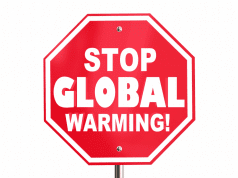 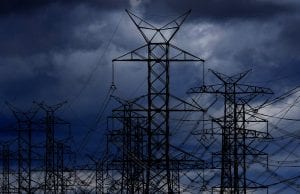 Jose Marninio - February 9, 2023 0
We all hate it when there is a sudden interruption of power. What makes it unbearable is the long wait, especially if you were...

Video Game Industry Set to Skyrocket to $300 Billion by 2025