The normal recommended intake of sodium per day is 1500mg. Deficiency of sodium is usually caused by sodium loss rather than from a lack of sodium intake. Salt constitute 40% sodium and 60% chlorine. So one teaspoon of salt provides about 2300mg of sodium. Disorders with kidney, liver problems, dehydration, and vomiting, certain diuretic medicines are the major cause of low sodium in the blood.

Sometimes it happens; certain conditions may cause people to drink too much water polydipsia, which can lead to this disease.

Signs and symptoms include:

The human brain is responsive to changes in the level of sodium. Symptoms such as sluggishness and confusion also occur. The patient goes to an unresponsive state or even into a coma state when sodium goes below 125mEq/L.

Diagnosis is made by the measure of sodium in the blood. Blood and urine test are done to evaluate the amount of fluid in the body and also the contents of urine. The level of sodium falls below 135mEq/L for hyponatremia.

Need of minerals in our body

Minerals are necessary for the normal functioning of the body cells. They help in the functioning of muscles and nerves and maintain fluid balance. Since electrolyte, they can be dissolved easily in a liquid such as blood. Sodium, potassium, Calcium, Bicarbonate, Magnesium, Chloride and Phosphate are some of the essential electrolytes.

Electrolyte levels may vary mainly with the water level in the body.

Sodium is a crucial electrolyte for several body functions such as control of blood pressure, maintenance of fluid balance and also functioning of the nervous system.

Sodium is found in blood and the fluid surrounding the cells. Adequate intake of sodium is needed to maintain fluid balance in and out of the cells. The best source of sodium is vegetables and sea salt.

An analyze on Hyponatremia

Low sodium level in the body results in water entering the cells, which in turn cause them to swell. This can lead to many health problems.

Three types of Hyponatremia are as follows:

In this type, the total water level in the body is more, but the body’s sodium content stays the same. Drinking only plain water after heavy exercise may cause this condition.

This can occur due to:

Here sodium and water in the body increases, but the increase in water is greater. Hence sodium is low.

This condition is caused due to:

The above diseases causes’ body to retain sodium and fluid, but the fluid is more retained than sodium.

In hypovolemic hyponatremia, water and sodium are lost from the body. But here the loss of sodium is greater than water.

Conditions which causes this includes:

But an increase in the sodium level too rapidly can cause permanent brain damage.

A Track on your Health

It’s nothing but noting down your health each day. Keeping a day to day health record of our daily food habits, like how much vitamins, minerals we intake, how much water we drink, and what you feel of your body. We can also note down what all medicines we took a particular day, whether we do any physical exercise, do we notice any symptoms, do we have any pain, all these can be recorded by a symptom tracker.

Keeping a journal of our health can lead us to better treatment. Doctors can also give proper treatment and correct medication by just looking at the symptom tracker.

Coconut water is a good electrolyte for dehydration. Daily consumption of two third vegetarian foods (unprocessed) and one-third of nonvegetarian foods (unprocessed) amounts to about 600mg of sodium (with no salt added). Table salts, Soya sauce, Salami, Processed cheese, Olives, Pickles are some of the foods high in sodium. Nowadays it is essentially important for people to consume unprocessed food items in order to keep themselves fit.

Hyponatremia can also occur if our salt intake is not in proportion with water intake. Supplements are also helpful in managing the electrolyte level.  Electrolytes play a vital in normalizing the functioning of our body. Fruits, vegetables, certain natural health drinks are a good source of the electrolyte. 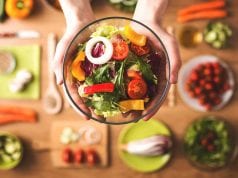 Why is having a healthy diet important? 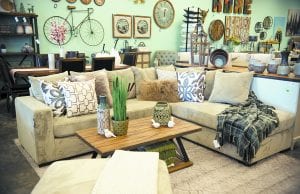