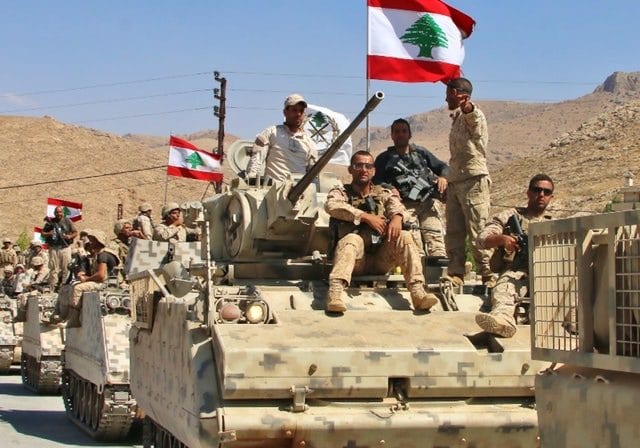 August 24, 2011. No friends but the mountains. That’s an old Kurdish expression that basically sums up most of the history of the entire Kurdish people. Fighting a two thousand year war in defense of their nation, the Kurds are no stranger to fighting against overwhelming odds. These people don’t even have a country anymore, but still they stand united fighting wars against Iran, Turkey, Iraq and reportedly, now Israel.

Most Americans will freely admit they don’t have a clue who the Kurds are or where Kurdistan is, or was, and they don’t really care. And according to the US government, the Kurds are a terrorist people controlled by the PKK (Kurdistan Workers Party), an internationally identified terrorist group.

To quickly bring our readers up to speed, the Kurds are the people who’ve occupied the mountain ranges along the Iraq-Iran-Turkey-Syria-Armenia borders since the beginning of time. The first mention of the Kurds was around 1,000 BC. According to the Kurdish Institute in Paris, in 612 BC the Kurds overthrew their Assyrian neighbors claiming complete autonomy and inheriting what is now modern day Iran.

While most every other nation on that half of the planet spent a thousand years being ruled by either the Roman Empire or the Persian Empire, in the Kurds case, it was both. But unlike almost every other nation that suffered the same fate, the Kurds never gave up their culture, their language, their heritage or their land. They were a stubborn mountain people. Like Switzerland, Afghanistan and America’s Appalachia, not easily conquered and controlled.

In 1500, the Kurds allied with the Ottoman Empire against the Persian Empire. There they stayed until World War I. Allied with Germany and the losing side, the Allies recommended recognition of an independent Kurdistan. Before that could happen however, the Kurds’ power-hungry neighbors invaded from all sides and wiped Kurdistan from the map. But they didn’t wipe Kurdistan from the land. And that’s why today, the Kurds find themselves at war with Iran, Turkey and allegedly, now Israel.

First however, the world remembers 1988 when Iraq’s Saddam Hussein attacked the Kurds within Iraq with chemical weapons. Over 5,000 were immediately killed with 10,000 seriously wounded. Thousands more would die in the coming years.

Last month, Whiteout Press reported that as many as 5,000 Iranian Revolutionary Guard troops invaded Iraq to attack the Kurds. Read the article ‘Iran Invades Iraq to Attack Kurds’ for more details. According to both side, four different Kurdish rebel camps in Iraq were assaulted and temporarily taken over by Iranian forces after a three-day battle. With a large portion of eastern Iraq under Iranian control, US officials sat strangely quiet. According to Kurdish sources, 180 Iranian soldiers were killed in the attack.

This month, the Kurdish PKK launched attacks against Turkish forces. After the PKK killed 8 Turkish soldiers along the border with Iraq, Turkey launched a full-scale bombing campaign against northern Iraq. Most of northwest Kurdistan is occupied by Turkey while the southwest is occupied by Iraq. The Kurds argue they are persecuted under the repressive regime in Turkey. One Kurdish refuge asked, “Turkey is a Democratic country? You are kidding, right? Where are the Kurdish schools? Where are the Kurdish teachers? Why are the people put in jail for speaking Kurdish in public? Why are Kurdish names still forbidden?”

In response, Turkish air forces have launched bombing missions into Iraq for six consecutive days. According to officials in Turkey, over 100 Kurdish PKK fighters have been killed in the raids. Turkish Prime Minister Erdogan explained his nation’s actions saying, “The state is obliged to carry out these operations for the peace of the nation and it is the natural right of the state to do so.” Erdogan vowed to continue the assault.

When the US overthrew Iraq, the Kurds suddenly found themselves without the repressive grip of Saddam Hussein. Since taking control, the US has given Iraqi Kurdistan its semi-independence. While able to govern themselves, they are still under Iraqi and US authority. The rebel PKK has since been free to launch attacks on Turkey and aid their brothers fighting for independence inside the Turkish state. US officials have admitted they simply don’t have the resources to eject the PKK from the mountains and monitor the region. Now, with the US and Iraqi authorities turning a blind eye, nations like Iran and Turkey are striking back hard into Iraq with invasions and bombing campaigns that would never be tolerated by a sovereign Iraq.

Along with the escalation in military conflict, Turkey is feeling the pressure politically. Kurds make up almost one-fifth of the Turkish population. According to the Christian Science Monitor, when Turkey held its national elections two month’s ago, Kurdish-backed candidates won a surprising 36 seats. Turkish authorities then proceeded to bar some of the elected Kurdish winners over grounds of past PKK relations and convictions. The Kurdish bloc responded by walking out of Parliament. They have not returned since.

If all this weren’t enough, last week Citizens for Legitimate Government reported that Israeli Intelligence agents and military specialists are being sent covertly into Mosul, Iraq. There, the account says they will be installing numerous unmanned vehicle bases. From the autonomous regions of Kurdish Iraq, the Israelis hope to tip the scales in their favor during any future military conflict. With the story reported in northern Iraqi news, six separate bases are to be established with the approval of the Kurdish Democratic Party. The unmanned ‘drones’ have recently become the preferred weapon of choice for countries like the US.

With Egypt, Libya and possibly Syria next, all overthrowing their repressive dictatorships and winning their independence, some wonder if the Kurds might be able to do the same. The West is encouraging the Kurds to use peaceful means to acquire their full independence, such as the Egyptians did. The Kurds however, appear to be taking the Libyan path, taking their freedom by force.

Perhaps the biggest indicator of which path the Kurds will take in the future will be the outcome of the upcoming Palestinian request in the United Nations for official statehood. If the US vetoes the entire world’s approval as it generally does on behalf of Israel, the Kurds, and the Palestinians for that matter, will once again see violence as their only road to independence.