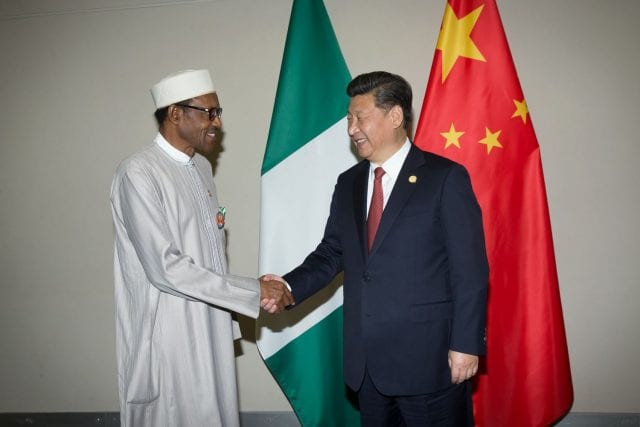 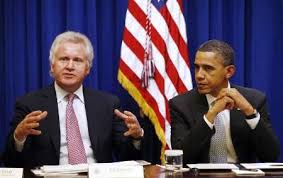 July 27, 2011. Beijing. Workers are celebrating in the streets and thanking America’s Jobs Czar for moving so many high-paying, high tech jobs to their communities today. The only problem is, they are Chinese workers throughout China. Jeff Immelt is not only President Obama’s Jobs Czar, he is also the CEO of General Electric. In addition to being the parent company of all the NBC family of broadcasting networks, GE is also one of the largest military contractors in the US.

In an announcement today, GE said it is moving the company’s headquarters in charge of X-Ray technology to China. In an effort to increase sales to the giant Asian nation, and cut costs in the process, the largest manufacturer of imaging machines in the world is closing its US headquarters after 115 years. Until now, GE’s X-ray business was headquartered in Waukesha, Wisconsin.

GE’s Waukesha headquarters currently employs 120 people in its X-ray division. While company spokespeople insist job losses in the US as a result of the move will be limited or non-existent, the company hasn’t yet released the number of new jobs it intends to create in Beijing instead of Wisconsin.

The news is coming as a painful slap in the face by the Obama administration. General Electric’s CEO, Jeff Immelt, is President Obama’s Jobs Czar. Mr. Immelt is the one man in the country whose main focus is supposed to be on created jobs here in America. To find out that the man most responsible for developing a strategy to create domestic jobs and put Americans back to work is instead spending his time devising clever and profitable ways to send American jobs to China is nothing short of insulting to the average American worker.

Almost as shocking as the news reports declaring that the US government has been funding the Taliban during both the Bush and Obama administrations, today’s news strikes at the core of America’s economic dysfunction.

For decades, Americans have been living in two separate and unequal worlds. One half bases their self-worth on the daily closing price of the stock market. The other half bases their success on whether or not there’s any money left over from one paycheck to the next. For them, still having a job next year is bonus enough.

President Obama’s Jobs Czar, Jeff Immelt, falls into the first category, unfortunately. His definition of an American product is the same as the US auto industry. To the investor class, corporate America and politicians alike, being ‘American Owned’ is more important than being ‘American Made’. President Obama’s choice of Mr. Immelt as his ‘Jobs Czar’ clearly suggests the President shares the same view.

Beginning in the early 80’s, America’s auto workers began warning us. Well-intentioned patriotic citizens insisted that Americans buy American cars as a show of their patriotism and to help the American economy compete with the newly invited foreign competition. Patriotic Americans were proudly driving Fords, Buicks, Chryslers, Oldsmobiles and Chevys. They boisterously displayed bumper stickers proclaiming, ‘Buy American’. And they tormented and ridiculed anyone who crossed their path driving a foreign car, especially a tiny Japanese brand.

But America’s auto workers had a warning – ‘American owned is not the same as American made’. After a little research on their own autos, many Americans were horrified to discover that their ‘American Made’ car was actually made in a distant foreign country like Brazil and assembled in a near-by country like Mexico. At the same time, Americans found out that ‘Foreign’ cars, like Toyotas, Nissans and Hondas, were actually made right here in the good old USA by American workers with good jobs and good paychecks.

Unfortunately for America’s workers, men like President Obama put their faith and trust in people like Jeff Immelt. And CEO’s like Jeff Immelt admittedly pledge their loyalties not to their country or their countrymen, but instead to maximizing profits for their corporate shareholders. If higher profits come at the price of devastating their country, so be it. As Jeff Immelt has said himself, GE has a second home in China.