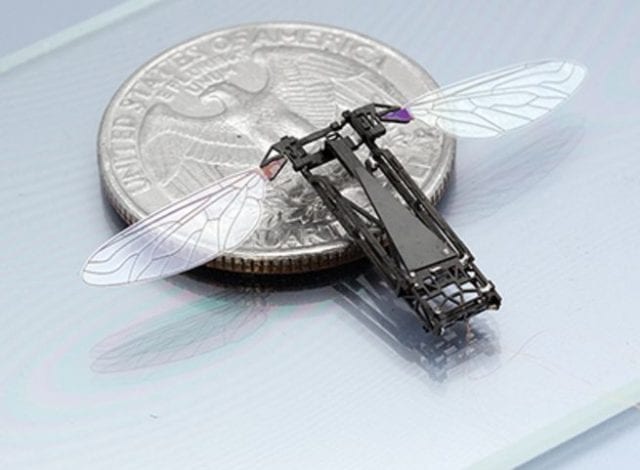 Back in 2007, rumors began circulating throughout the anti-war movement in the US that the government was using tiny, bug-sized, flying surveillance devices to spy on them. Corporate media dismissed the notion and even most fellow protesters thought they were crazy. But the cat was out of the bag and the following year, the US Air Force came clean and unveiled its armada of miniature unmanned drones.

According to a write-up in the UK’s Daily Mail, officials initially suggested the mysterious, miniature flying machines were actually dragonflies. But when the US Air Force announced they really did have drones disguised as insects that were “as tiny as bumblebees”, the world suddenly took notice.

Probably the most disturbing aspect of the report which quotes the US Air Force disclosures is the announcement by the US military that it has “lethal mini-drones” among its tiny, flying arsenal. Outside the US media blackout, that in itself isn’t news. As far back as 2008, the US military had been showing off its nano-biomimicry MAV designs. The military’s own symposium discussed the topic of, “bugs, bots, borgs, and bio-weapons”. Based on that, it’s possible the US government’s initial strategy was to use the mechanical bugs as a delivery system for biological weapons – just the way a real mosquito or flea is responsible for spreading the world’s most deadly and devastating epidemics.

The above Daily Mail account describes the advancements in insect drones. According to the report, military researchers have developed micro, ‘bio-inspired drones with bug eyes, bat ears, bird wings, and even honeybee-like hairs to sense biological, chemical and nuclear weapons’. The US isn’t alone in micro drone research either. Countries like France and the Netherlands have invested heavily in research and development of mini-weapons and surveillance devices.

Most reports point to the University of Pennsylvania, School of Engineering and Applied Science for the most open and current flying drones. The school’s website describes how millions of people viewed its video on YouTube. In that video, ‘a team of 20 quadrotors performed like an aerial circus, executing a double flip in a half second and a sequence of complex aerial formations including figure-eights’.

The school touts its technological advancements saying, ‘Academic engineers worldwide have a new resource for accelerating discoveries in the science of agile and cooperative flight by small, unmanned robots’.

“We’re the first ones ever to fly so many vehicle information at the same time. Nobody else has been able to do that,” says Alex Kusleyev, KMel Robotics co-president, and Penn Engineering Alumni Society, “It takes great accuracy and precision of control for positions in space and time. Our customers can now harness the creativity we have to offer. Once they tell us their exact needs and research goals, we will design, build and program custom quadrotors that will accelerate their path toward success.”

One unavoidable fact is that the past’s future is now. If anti-war demonstrators were describing dragonfly-sized mechanical drones buzzing them on the protest line in 2008 and the US military confirmed their use in 2009, it’s safe to say today’s mechanical micro drones have developed quite a bit since those early days. The military’s own description may be the best indication of just how far their mini-drone technology has come – ‘bio-inspired drones with bug eyes, bat ears, bird wings, and even honeybee-like hairs to sense biological, chemical and nuclear weapons’.

But this is not the only micro drone, there are at least 10 Micro/Mini Drones available and they are all amazing. 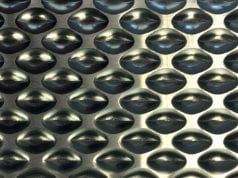