January 2, 2014. Manhattan. (ONN) When Goldman Sachs invites you to a party, you go, especially if you have your sights set on a Presidential run in 2016. And that’s exactly what Hillary Clinton did two weeks ago. Speaking to the exclusive crowd of millionaires and billionaires, the former Secretary of State let them know in no uncertain terms that another Clinton White House would once again be on Wall Street’s side in America’s culture war.

Most people assume that the notorious 1%-ers, those elite billionaire barons of Wall Street, are all Republicans. But the truth is, in 2008 America’s super-rich abandoned the GOP and its candidate John McCain and overwhelmingly supported Democrat Barack Obama.

Campaign donations from the five largest Wall Street banks exponentially favored the Democrat. That changed in 2012 when they switched back to the Republican Party and one of their own – Mitt Romney. But both times they were burned. Now, they long for the good old days of the Clinton and Bush administrations where they were given free reign to do almost anything they wanted.

Two weeks ago at the luxurious Conrad Hotel in lower Manhattan, some of the world’s richest and most powerful people got together for what seemed at times like a political rally. Prospective 2016 Presidential candidate Hillary Clinton even reportedly took home no less than $200,000 as her minimum speaking fee. By her side giving his own six-figure keynote speech to the gathered Wall Street elite was her husband and former President Bill Clinton.

After being introduced by Goldman Sachs executive Tim O’Neill, Hillary Clinton went on to reassure the crowd of bankers and wealthy investors that a Clinton administration wouldn’t hold Wall Street responsible for the nation’s economic ills the way the current Obama administration has.

Illustrating the two hypocritical faces of the Obama White House, the bankers love his policy of giving them trillions in free money. But they don’t like being called “fat cats” by the President at the same time.

According to a report from Politico which interviewed guests at the high profile event, Hillary Clinton insisted that all Americans were to blame for the country’s ever-growing economic failings over the past three decades, not just Wall Street as many from both of America’s two establishment parties contend. Bank-bashing, she told them, was counter-productive and needed to stop.

Impressions From the Event

After speaking to a number of attendees, the report goes on to quote or paraphrase their reactions to Clinton’s speech. One pleasantly surprised Wall Street insider told the publication, “It was like, here’s someone who doesn’t want to vilify us but wants to get business back in the game. Like, maybe here’s someone who can lead us out of the wilderness.”

Hillary Clinton is no stranger to Wall Street’s richest and most powerful insiders. As first lady, a US Senator, Presidential candidate, and then-Secretary of State, she has literally spent decades courting them for political contributions and watching many of them grow up from their first years out of college to their positions at the helms of the wealthiest corporations on Earth. And she’s been a vocal and loyal supporter of Wall Street the entire time.

The Bill Clinton administration was so pro-Wall Street that it was accused by many of being responsible for the global economic collapse of 2007-2008. Clinton removed the barrier between investment banks and commercial banks, allowing all of them to take citizen deposits and then gamble them in the casino-like financial markets. He also incentivized them to increase home loans, even to those who didn’t qualify, in an attempt to put as many Americans as possible into their own home.

With rank and file Tea Party Republicans shunning Wall Street and the bottom half of the Democratic Party rallying around corruption-busters like Sen. Elizabeth Warren (D-MA), one attendee at the Goldman Sachs event who is also a major Republican donor told Politico, “The ground is shifting beneath their feet.”

He was speaking of the political clout Wall Street has lost to movements like Occupy and individual power-players such as billionaire Sheldon Adelson who single-handedly used his own vast fortune to affect the Republican nominating process.

Ironically, as the American people feel increasingly betrayed by both Democrats and Republicans in favor of Wall Street, leaders on Wall Street feel betrayed by the same two parties who feel Washington has sided with the American people at their expense. As one attendee put it, “Like the rest of America, Wall Street is looking at Washington and saying whether we agree or disagree, they’re looking at both parties with complete revulsion.”

One repeating theme at the Goldman Sachs Manhattan event with the Clintons was the impression by Wall Street power-brokers that they were betrayed by President Obama. They describe how they went out on a limb to get him elected President, both publicly and financially, and he betrayed them. Most describe how the animosity dates all the way back to the opening days of the first Obama administration in 2009.

At the time, credit had disappeared, Lehman Brothers was forced out of business by the government, unemployment skyrocketed, and panic had spread across most of America and the world. Wall Street’s first demand from the new President was that his Democratic administration continues the Bush/Republican policy of bailing out irresponsible and criminal banks with trillions of dollars of taxpayer money. Obama was happy to oblige.

At the same time it was bailing out Wall Street, the Obama administration was making other small changes that rubbed the global banking community the wrong way. The first slight to them was the appointment of Rahm Emanuel as Chief of Staff.

Emanuel had made millions working on Wall Street over the previous three years through his political connections, but knew next to nothing about how banking worked. His well-reported promise to ‘not let a crisis go to waste’ was seen as the first shot against the banks.

“I knew right at that moment, standing in Rahm’s office, that they did not really have any interest in understanding Wall Street or working with us in any significant way,” one CEO told the publication. Federal Reserve and Treasury veteran Timothy Geithner seemed to be the only pro-Wall Street person in the Obama administration.

Wall Street executives interviewed by Politico for their report describe how Jarrett knew next to nothing about finance and only cared about dictating Obama’s agenda. One pro-Obama banking executive active in Democratic Party circles was blunt when describing Valerie Jarrett and her work at the White House.

“Valerie immediately designated herself as business liaison in the White House, and there is no one I know who respects her as a businessperson or thinks she knows anything about business.” And that’s from one of their own Wall Street supporters.

While the leaders of both the Republicans and Democrats are in Wall Street’s pockets, and as President Obama continues to play both sides against each other, America’s Main St. citizens continue to mobilize against the country’s financial oligarchy. Whether it’s the Tea Party on the right or Senator Elizabeth Warren and her army of corruption-busters on the left, Wall Street is feeling the heat. And depending on who the GOP nominates for President in 2016, Hillary Clinton is looking more and more like Wall Street’s candidate. 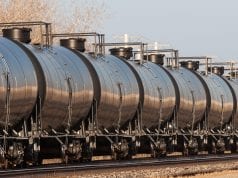 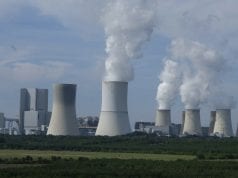 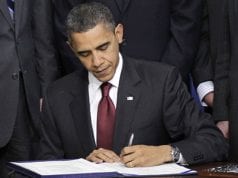