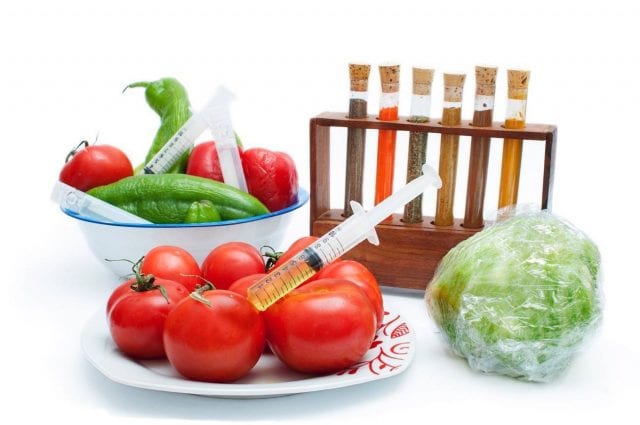 July 16, 2011. Berlin. Over the past week, a series of violent, organized attacks have occurred throughout Germany upon small, government sponsored farms. The farms being targeted are growing experimental, genetically modified vegetables. Global backlash against genetically altered food experiments appears to be spreading. Wheat farms in Australia were struck just two days ago.

Sciencemag.com reports that exactly one week ago, a group of masked attackers overpowered the security guard and destroyed fields of both genetically modified wheat and potatoes. That attacked occurred in Gross Lusewitz, near Rostock in Germany.

Then five days ago, attackers armed with pepper spray and baseball bats overpowered guards in Uplingen, also in Germany. There, they again destroyed fields of genetically altered wheat and potatoes. At the same time this attack was occurring, the Green Party had a previously scheduled protest rally against genetic modification back in Rostock. Sciencemag.com quotes one of the Green Party speakers as saying she could “understand but not support” the attacks.

Finally two days ago, activists in Australia destroyed a field of genetically modified wheat. Greenpeace immediately took responsibility. Announcing, ‘Greenpeace activists, including one mother who wants to protect her family, have stopped a GM wheat experiment outside Canberra this morning.” In all, three women, clad in white hazmat suits, destroyed the fields of gene-altered crops just before sunrise.

The Australian mother and Greenpeace activist accompanying the two other lady vandals is named Heather McCabe. Explaining her actions, she said, “This GM wheat should never have left the lab. I’m sick of being treated like a dumb Mum who doesn’t understand the science. As far as I’m concerned, my family’s health is just too important. GM wheat is not safe, and if the government can’t protect the safety of my family, then I will.”

Striking a second serious blow to Australia’s genetically modified wheat program, Greenpeace exposed the supposedly impartial CSIRO for having two Board members who were simultaneously Directors at biotech giant Nufarm. Nufarm is the Australian distribution partner of the global giant and corporate boogieman Monsanto. Revealing an obvious conflict of interest, eight international scientists published an open letter questioning the ethics of the program.

Not helping their cause any, CSIRO has rejected a Freedom of Information request from Greenpeace asking CSIRO to make public its method for insuring the safety of humans in their program, as well as disclosing any secret involvement, financial or otherwise, with foreign biotech companies such as the powerful and mighty Monsanto.

Greenpeace goes on to explain that while they’re concerned with the danger of humans eating GM wheat after its being banned in Canada, the EU and Russia, their larger concern is the possibility that this test program will contaminate Australia’s entire wheat population.

“All of the evidence shows that GM can’t be contained in the field” Greenpeace announced, “We have taken action to protect our food supply being contaminated by experimental GM wheat. Now the Australian Government must step in and protect the health of Australian people.”

Subscribe to WhiteoutPress.com – only 12 issues per month in your email Inbox. It’s FREE and you can unsubscribe at any time. Simply enter your email address above and hit ‘Submit’.