March 15, 2014. Malaysia. Dozens of nations are searching for missing Malaysian flight MH370. And each has its own theory of what happened. But one conclusion has yet to be mentioned on American news outlets for fear of escalating tensions with Russia. And the suspicion is that Russia may have used the Malaysian commercial jumbo jet to test out its newer cyber weapons capabilities in preparation for military conflict with the west.

It doesn’t help matters that each country involved in the search for Flight MH370, a Boeing 777 with 239 people on board, is beginning to accuse each other of holding back information. This morning, China condemned the closed-mouth Malaysian government and announced it was sending investigators of its own to the area. For its part, the Malaysian government announced today that it now firmly believes its missing commercial jet was hijacked.

At last count, 14 countries, 43 ships and 58 aircraft were searching for missing Flight MH370. Also adding their assistance are millions of amateur investigators who have tapped into tens of thousands of online satellite images made publicly available of the area. But after seven days, nothing is known for sure yet except a handful of sometimes unbelievable data points.

On March 8th, flight MH370 stopped communicating with air traffic control. Data feeds show that the plane’s transponder – the beacon that tells the world exactly where the plane is – was shut off just after takeoff, along with other instruments and tracking devices. To do so, a person would have to go below deck, into the underbelly, and turn them off manually. But what if they were turned off remotely by hacking into the plane’s controls?

Seven hours later, satellite images picked up the missing flight near the Gulf of Thailand, hundreds of miles off course, but seemingly flying along a well-known commercial flight path. The plane’s trajectory shows it turned west early on and headed for hours toward India. The images have been confirmed to be the missing Malaysian flight by three nations including the US and UK.

Even more bizarre, data from the flight shows it climbed to 45,000 feet and then dove 40,000 feet in a matter of just a minute or two. As illustrated by a flight simulator featured on CNN this morning, the flight’s passengers and crew would have blacked out or even died while going through such a rapid and drastic change in air pressure. Also, the plane itself most likely would have broken apart either from the dive itself or any attempt to pull out of it just 5,000 feet off the ground.

So who was flying the plane if all the humans on board had to be unconscious or dead? And who would have flown it as if it were a World War 2 dive bomber, or more likely, a giant cruise missile-like on 9/11?

The US is frantically involved in finding the missing Malaysian flight. After all, there were four Americans on board. China is also obviously outside the loop, threatening its neighbors for flight details it obviously doesn’t have itself. Also, more than half the plane’s 239 passengers were Chinese citizens. 12 other countries in the region are also desperately seeking information to help solve the mystery and find the plane. But one nation is conspicuously missing from the headlines and keeping suspiciously quiet – Russia.

As Russia deploys 100,000 assault troops, tanks, fighters, bombers and a complete invasion force along its border with Ukraine, it has also been dusting off some of its older and newer weapons. Unlike the United States which has been at perpetual war for decades, the Russians’ only opportunity to test out its modern-day weapons and technology was in Georgia – a seven-day war that consisted of five days traveling across the Asian continent and two days of shooting fish in a barrel.

But consider some of the actions Russia has taken over the course of only a few days, each of which would normally be Earth-shaking in its own right. Four days before the Malaysian flight disappeared, Russia sent a strong military message to Europe and the US by test-firing one of its ICBM missiles. Russian officials notified the world of the exercise just days before it occurred and most experts firmly believe it was a message to President Obama who had just threatened Russian President Putin on global TV.

Also consider that the world just came off another huge mystery – who do all the thousands of unmarked, well-disciplined, heavily-armed mystery troops belong to that suddenly appeared in the Crimea two weeks ago? Russia denied the army was theirs. But guess who was ultimately responsible for the brilliant battlefield chess move? Russia.

The latest and most impressive testing of new Russian military capability came yesterday when Russia announced it had intercepted an American spy drone over Crimea. In an ominous, if not embarrassing show of superiority over the US, it wasn’t even the Russian military that brought down the US military spy drone. It was a Russian technology company, seemingly playing with its new cyber warfare weapons.

Unlike the Iranians and the Afghan Taliban who had to wait for US drones to malfunction and crash before claiming to have brought one down, the Russians seemed to do it with ease. According to the corporation’s announcement yesterday, they took control of the aerial vehicle immediately after it was picked up on radar and simply landed it intact.

“Judging by its identification number, UAV MQ-5B belonged to the 66th American Reconnaissance Brigade, based in Bavaria,” the Russian corporation Rostec happily boasted after remotely hacking the drone’s flight controls and taking control of it from a distant location in far-off Russia.

It’s that final series of words that lead to the suspicion that Russia may be behind the mysterious loss of Malaysian flight MH370. Russia is obviously testing its modern weapons systems preparing for a possible war with the west. One of those weapons includes the ability to remotely hack into a plane’s flight controls and take over control of the plane, as it did with the US military’s unmanned drone over Crimea.

Is it just a coincidence that the exact same scenario is looking more and more likely as the explanation for the disappearance of the Malaysian jumbo jet? Whoever took control had no demands, claimed no responsibility and didn’t deliberately crash it. Instead, the perpetrators played with the plane’s gauges and communications systems before taking it on a seven-hour joy ride, seemingly testing out a bunch of new toys, or in this case, cyber warfare capabilities. 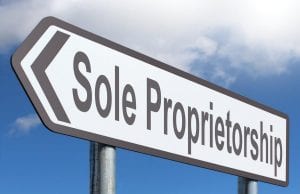