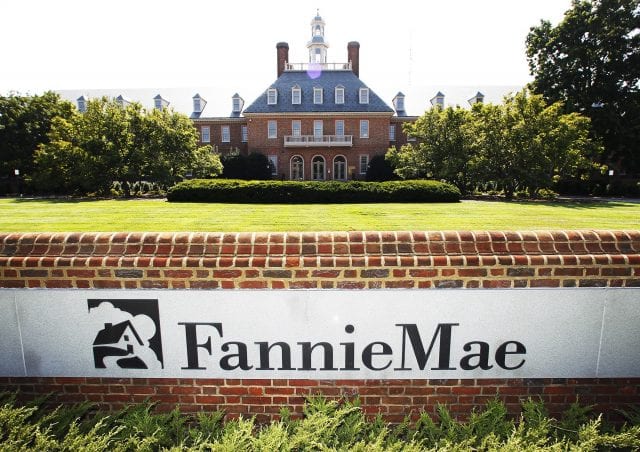 August 7, 2011. Washington. Two related incidents occurred Friday, both the direct result of the US housing collapse and neither one is good for taxpayer or the American people. On one hand, private mortgage underwriter Fannie Mae requested yet another bailout to avoid bankruptcy. And on the other hand, the Justice Dept indicated it was dropping three criminal investigations of the mortgage giants responsible for the fraud-induced housing collapse and the economic devastation that followed.

First, Fannie Mae requested an additional $5.1 billion dollar bailout from the US Treasury Dept to cover losses from the first three quarters of this year. In the second quarter alone, Fannie lost $2.9 billion. The mortgage guarantor insisted the massive losses were the result of mortgage deals made prior to 2008 and not a continuation of the mortgage fraud that took down the entire US economy. So far, US taxpayers have poured an avalanche of money into the dysfunctional private corporation.

The running total prior to the above request is $104.8 billion. Combined with Freddie Mac, the other taxpayer backed mortgage underwriter, taxpayers have given approximately $170 billion dollars to reimburse investors for the losses they incurred due to corruption and mismanagement at the two private companies. In 2008, Treasury Secretary Henry Paulson forced the takeover of the Fannie and Freddie by the US government, nationalizing the mortgage industry and making them state-owned institutions. Congress approved the demand, leaving US taxpayers on the hook for as much as $5 trillion dollars, guaranteeing reimbursement to investors and stockholders rather than letting the two bankrupt corporations go under.

In related news, the US Justice Department announced this weekend that it was dropping its investigation of bankrupt mortgage giant Washington Mutual (WaMu) without filing any charges. Three of the main mortgage originators accused by authorities and watchdogs alike of defrauding borrowers and playing a huge roll in the housing collapse and the global economic collapse that followed, Washington Mutual, IndyMac and New Century Financial, have all escaped any criminal charges. According to Reuters and yesterday’s Wall Street Journal, the investigation of IndyMac and New Century never did gain any traction and has been dormant for some time.

In their announcement that they were dropping the investigation of WaMu, the Justice Department released a statements saying that after hundreds of interviews and the review of millions of documents, the evidence did not meet the standards for criminal charges. In June, the SEC announced it had fined JP Morgan $153 million dollars for its roll in the fraudulent housing collapse. For the global giant, that represented less than 1 percent of its profits for one year. Read the Whiteout Press article ‘SEC Fines JP Morgan Pennies over Housing Collapse’ for more information.

That ruling came on the heels of an announcement that Goldman Sachs would be fined as well. Apparently guilty based on the fines and penalties, both global banks and their employees escaped without any criminal charges whatsoever. For a detailed account of the actions leading up to and causing the US housing crisis, read the Whiteout Press article ‘The American Housing Meltdown, How? Why?’.

Subscribe to Whiteout Press – only 12 emails per month in your Inbox. It’s FREE and you can unsubscribe at any time. Simply enter your email address above and hit ‘Submit’.