Home Tech The Future of Cryptocurrency

“The one thing that’s missing, but that will soon be developed, is a reliable e-cash, a method whereby on the Internet you can transfer funds from A to B without A knowing B or B knowing A”.

Those were the words of the economist named Milton Friedman in the late 1990s. Nowadays people tend to think that he was the first person who managed to give a definition of the cryptocurrency world even before it appeared. And he was right.

Cryptocurrencies were created in order to carry out transactions without using financial intermediation and in a completely anonymous way. This anonymity led to the use of some cryptocurrencies for illicit purposes and this has generated various discussions about the need to regulate or prohibit their use in the world.

So, for many enthusiasts, technologists and libertarians, Bitcoin and other famous cryptocurrencies are the future of the world with a free market, without government restrictions or central banks. They keep defining Bitcoin as “something that can be described with more than one hundred definitions and that many people debate about”.

For them, it represents a new form of money, a new way of thinking about it, as well as about storing it, transferring it, organizing it and beyond all, understanding it. However, for others, it didn’t provoke that much enthusiasm; many people keep thinking that it’s only a bubble that’s going to burst some day and that it would never become a real currency. So, what’s the truth?

Advantages (or why it’s going to have a bright future)

There are many advantages over digital money and, among these advantages, we can find that it can be sent to anyone who’s connected to the Internet practically, instantly and with little cost. This fact makes it an excellent technology for international money transfers.

Another advantage is that the money is unattachable, which means that no one can confiscate it. In particular, cryptocurrencies like Bitcoin are extremely secure. One more thing is that there can never be more than 21 million Bitcoin, compared to traditional currencies whose states may decide to create more money.

Freedom is another feature that characterizes this system – for the first time, it’s possible to transfer value digitally or to make payments without the need for an intermediary (banks, Paypal, etc.). Freedom only. 24 hours a day. 365 days a year. Each cryptocurrency holder is their own bank and this is demonstrated and verified by the cryptocurrency blockchain. There are no intermediaries, transfers or any kind of custody.

Due to the volatility of this financial system, the strong intensity of price changes makes the cryptocurrency market the best financial instrument of recent years. Cyclically, speculative bubbles, triggered by the bitcoin deflationary mechanism, allowed investors over the years to earn huge sums. Nobody can block or avoid a transaction in a blockchain, but everyone can open a wallet and start sending and receiving cryptocurrencies. Sounds like a bright future, doesn’t it?

The advantages of this type of money that we listed above position it as an excellent alternative for many people who need to send money. It’s also a technology that allows you to create automatic rules regarding the money you possess (for example, you could . program that an inheritance could only be spent 10% annually).

Things we should think about in future

The first thing that needs to be considered is – are cryptocurrencies mainly investments or tools?

At the moment, there are models where these currencies are used as an investment – mimicking the characteristics of other more conventional products – while other more innovative ones put those tokens to work within the platform in order to continue developing it. In the near future, one of the two models will probably prevail, but that’s the thing that only time can show.

And then, we should ask ourselves – are we really able to abandon the idea that cryptocurrencies are a new species of traditional currency and move forward?

Although at the beginning these types of coins were framed as “digital money” it’s not exactly so. Let’s suppose that we need to get away from that idea: this “new technology” looks like a currency, but it really isn’t. It’s something more and it will progress immensely.

Next question is – can developers and other professionals end the numerous problems surrounding Bitcoin electronic currency and other cryptocurrencies and resolve present difficulties in selling and storing Bitcoins?

Well, yes, it’s true: these intermediate services are the biggest point of errors and fragility of the system. But predictions say that in next few years these providers and specialists will fight to gain the trust of the users and develop the concept even more successfully.

It’s also necessary to think about possible channels and trading platforms that need enhancing and developing in order to become a powerful weapon.

The one that promises, Binaryx, represents a cryptocurrency exchange platform which enables many traders to find some additional joy while doing this. It combines the crypto exchange with another innovative quality named social trading.

And the best part? All users that sign up to this platform will be able to trade, buy and sell cryptocurrency of their own choice – it could be Litecoin, Bitcoin, Ethereum, EOS or Tether. Or actually more than 40 other cryptocurrencies that are offered. Not convinced yet? Here’s another kicker.

Binaryx provides the interested ones with another great possibility –  it lets them choose and hire professional traders using their previous comments and ratings as a base for their decisions. We could say that the platform could easily turn into a revolutionary weapon that will enable anyone who wants to take up this kind of activity trade as if they were professionals – by applying the greatest characteristics and security systems.

It’s also a great opportunity for cooperations since anyone who’s registered can see the quality of one’s performance in the system and decide to collaborate with them.

With the “birth” of Bitcoin, an alternative to the current monetary system or a decentralized system regulated by mathematical algorithms was presented to the world. Today it might not be the best system in all situations, but it certainly represents an unstoppable evolution.

The spread of bitcoins as a global currency in the world has already become a reality.

The solution development that resolves some main gaps is already underway.

The revolution that the blockchain has brought and keeps bringing to other sectors, beyond the systems of payment, is constantly increasing.

These great advantages that were listed in this text allow us to predict that its use will continue to grow. People who enter this dizzying world and become professionals when it comes to this field are able to see all the progress. Many transactions that are made, new and extremely powerful players that are joining the system, new projects emerging and after all, their own progress. These are very strong indicators that it’s on the right track.

All the largest companies have already realized the value of this technology and are already focusing on solutions to implement them in their businesses. Speaking of the value, we truly do believe it will increase.

Cryptocurrencies show new alternatives in transactions through these virtual currencies. And it could never be different with such an innovative concept open to the universality of a global moment that has generated a new mentality and amazing possibilities that weren’t even thought about a few years ago. 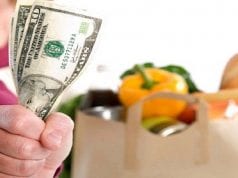 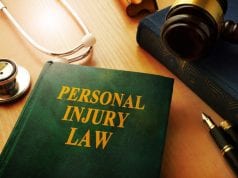 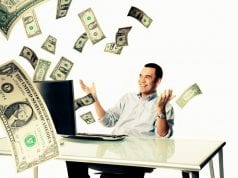 How To Make Easy Cash With Online Surveys in 2022?