Home Business The 4 Most Important Questions Every Leader Should Ask Before It’s Too... 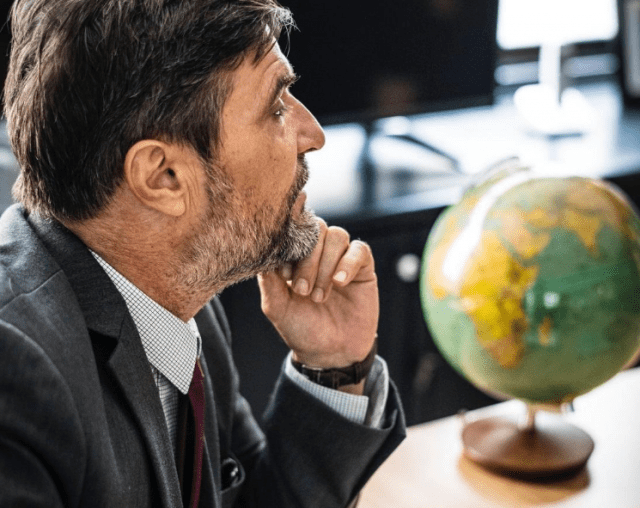 Great leaders ask great questions and from the questions come great answers that help them to build great organizations and leave a lasting legacy.

Below are the most important questions that if not asked now by every leader could lead to the failure of the organization they lead and taint their legacy.

This question makes you think about your future and the long-term future of the organization you serve.

Now is the time to look for potential leaders from within your organization and start grooming them to succeed you. There are top organizations that can help you develop leaders that will succeed you such as Mantle, MindTools, Maximus, and so on.

Without a succession plan in place, your organization can fail or cease to exist in the absence of your leadership. Then everything you have worked hard for will be for nothing.
Peter Drucker says it best, “There is no success without a successor.”

2. How Can I Duplicate Myself in Others?

This question makes you ponder on both the short- and long-term future of your organization.

As a leader, one of the hardest truths you will face is that you cannot do it all. Trying to do it all by yourself will burn you out and close up the margins you’d have had to reflect, to plan, to decide.

When you juggle too many balls at once, it’s only natural that some will drop, if not all. If you want to succeed as a leader, you must delegate some responsibilities.

Before you delegate responsibilities, you need to train your people, raise more leaders, and duplicate yourself in them. Help them to think the way you do. Help them to be the best version of themselves.

The leaders you raise should not only do what you can do but should do better than you can do and surpass your achievements – this is the true joy of being a leader.

Failure to duplicate yourself in others will leave you burned out, stressed, and unable to make sound decisions. This may lead to the failure of your organization.

3. What Could Go Wrong and Cause the Downfall of My Organization?

One of Murphy’s popular laws states that whatever can wrong will go wrong and might go wrong in the worst possible time. It’s one of the sad facts of life.

Stories abound about big companies who have had their systems compromised, members of staff with damaging information who went rogue, users’ confidential data being stolen, an entire city’s health infrastructure being breached and inaccessible, and so on.

No one is immune to disaster. But, as a leader, you can prevent disasters or be prepared to manage them when they occur.

One of the most successful leaders in history, Bill Gates, is reputed to be a classic worrier. He constantly worried about who and what might put Microsoft out of business.

In 1991, he wrote an internal memo about the threats Microsoft faced. The memo was leaked to the press and he personally lost over $300 million in four days as Microsoft stock fell.

One could argue that his paranoia helped him build one of the biggest and most successful business empires in the world.

As a leader, you need to ask yourself what could go wrong, identify them, and create a strategic plan to thwart them.

4. What Can I Do Now That Will Have the Most Permanent Impact?

The above question helps you to focus on what truly matters and identify the vital few from the trivial many. Not all tasks are created equal and everything doesn’t have the same impact.

They focus on building the “flywheel” that will power, accelerate, and grow their organization for many years to come.

We now live in a world where most leaders and workers complain of not having enough time. That’s because many leaders are caught up in the web of busyness without identifying the things that are truly important.

“Don’t say you don’t have enough time,” H. Jackson Brown Jr. interjects, “You have exactly the same number of hours per day that were given to Helen Keller, Pasteur, Michelangelo, Mother Teresa, Leonardo da Vinci, Thomas Jefferson, and Albert Einstein.”

Those are the powerful questions every leader should ask before it becomes too late for them and for the organization they steer. It is not only about asking the questions, but it’s also about taking the time to reflect on them and generate answers and plan to work on the answers.