Home Uncategorized ted cruz ineligible be president no one has jurisdiction

Ted Cruz ineligible to be President but no one has Jurisdiction

January 20, 2016. Houston, TX. (ONN) There is a lot of controversy surrounding US Senator Ted Cruz’s eligibility to be President. There is also an abundance of political pundits who don’t know what they’re talking about, don’t remember the Obama birther scandal of 2008, or both. But for anyone who followed the lawsuits challenging Barack Obama’s eligibility eight years ago, there is no question. Ted Cruz is not eligible to be President. But there is no office or law empowering anyone to stop him.

Ted Cruz may not be eligible to be President, but it may not matter. Image courtesy of WCPO.com.

You Say You Want A Revolution?

A Lesson in Resistance from our Native America Brothers

From 2008 to 2014, we at Whiteout Press published nearly a dozen articles following the lawsuits in a half dozen states challenging Barack Obama’s Presidential eligibility, as well as the courts’ rulings. Some of the cases went all the way to the US Supreme Court, contrary to what the American media is reporting today. Here’s a brief recap of the legal precedent.

Lawsuits challenging Barack Obama’s eligibility to be President were filed in six states. Most of the courts threw out the suits ruling that states have no legal jurisdiction in deciding who is eligible for the federal offices of President and Vice President. Those initial rulings were held up by state Supreme Courts, as well as the US Supreme Court.

The end result of those court rulings is that there is no office or agency with the authority to verify eligibility for the two highest elected offices in the land, and no Presidential candidates have ever had their eligibility challenged by a government entity. The two major political parties simply vouch for their candidate’s credentials and their nominations are unchallengeable.

It was in Georgia however where state courts heard arguments from those filing the lawsuits against the Democratic National Committee and President Obama over his eligibility to be President. The plaintiffs didn’t challenge Barack Obama’s birthplace as US news outlets repeatedly reported. Instead, they cited the 1875 US Supreme Court ruling Minor vs. Happersett defining what a ‘natural born citizen’ is. The US Constitution requires the US President to be a ‘natural born citizen’.

According to the US Supreme Court, a ‘natural born citizen’ is anyone born to two parents who are both American citizens at the time of birth. John McCain was eligible to be President even though he was born in a foreign country because he was born to two American citizens. Barack Obama is most likely not eligible to be President because his Kenyan-born father wasn’t an American citizen at the time of Barack’s birth. To hide that fact from the American people, his father’s immigration and naturalization records were sealed from public view during the court hearings.

Legally, Ted Cruz is not eligible to be President because he is not a natural born citizen as defined by the US Supreme Court. But in reality, it doesn’t matter. Barack Obama couldn’t prove his eligibility because he had his father’s immigration papers sealed from public view and he became President anyway. Why? Because as six state courts and the US Supreme Court ruled, nobody has the authority to validate a Presidential candidate’s eligibility.

Showing just how screwed-up America’s Presidential nominating process is, two recent court rulings created even more chaos and confusion. In 2013, the US Supreme Court confirmed that no government entity has the authority to check a Presidential candidate’s eligibility. The Court also ruled that no entity exists to verify the eligibility of voters to vote. Based on those rulings, any foreign dictator can serve as US President and all the people of the world can vote in US elections.

In 2014, California state court seemingly overruled the US Supreme Court. In the 2012 Presidential Election, Peace and Freedom Party nominee Peta Lindsay was kicked off the California General Election ballot when the state Board of Elections ruled she was not eligible to run for or be US President because Lindsay was only 27 years old. The US Constitution requires a US President to be at least 35. The California court ruled in favor of the Board of Election’s actions.

Again illustrating just how messed up our country’s election process is, 27-year-old Peta Lindsay ran for President in 2012 anyway. After the Board of Elections removed her from the Peace and Freedom Party’s ballot line, she ran instead on the ballot line of the Party for Socialism and Liberation. But she ran for US President none the less.

So did California set the new precedent in 2014, empowering each state to verify the eligibility of Presidential candidates? If so, Ted Cruz will not be on the 2016 General Election ballot for President. Or are the US Supreme Court’s 2012 and 2013 rulings still the law of the land, verifying there is no entity with the authority to check or challenge a Presidential candidate’s eligibility? If so, Ted Cruz could be elected and serve as US President, just as Barack Obama did before him.

Regardless, don’t let the professional TV pundits frame the question based on what country Ted Cruz was born in. That has nothing to do with the argument. The definition stating one must be a ‘natural born citizen’, born to two American citizen parents, is the legal litmus test.

*View a full list of all opposition/third party 2016 election candidates in every state and for every office at the Opposition News Candidates Page.

Supreme Court Ruling means World can vote in US Elections 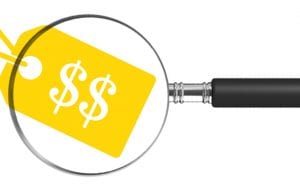