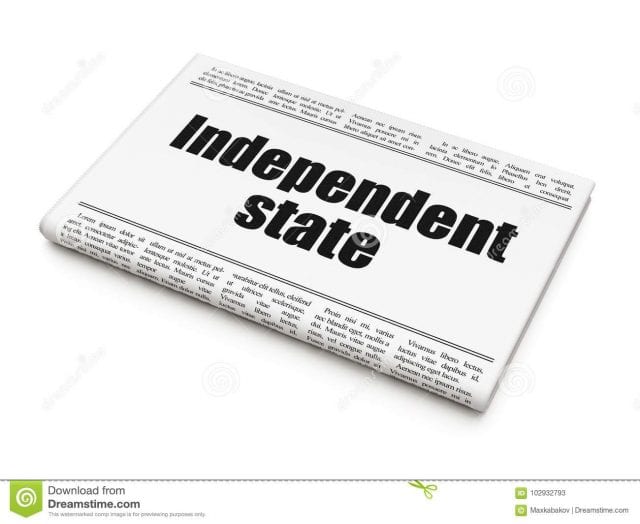 The State of Independent Politics

May 17, 2011. New York. (ONN) Independent voters and political activists from across the nation gathered in New York earlier this year to discuss the future of the independent political movement.

Titled, ‘Can Independents Reform America?’, attendees represent the 40 percent of Americans who identify themselves as ‘independent’ rather than Democrat, Republican or other political party. The conference is sponsored by the Committee for a United Independent Party and organized by Jackie Salit and ‘independentvoting.org’.

As a 25 year veteran of the independent political movement, your author is no stranger to CUIP, Jackie Salit or the annual attempts to organize this nationwide movement of independent voters into one united political force. However, under the decade-long vocal leadership of the activists in New York, independents have made little or no progress even though the political environment across the nation has been screaming for independent candidates and a legitimate third party. One glance at the program highlights reveals little has changed this year and desperate independents throughout America will have to wait even longer, or look elsewhere for leadership.

And while the most valuable and productive members of the American independent movement follow the attractive, intelligent and captivating Jackie Salit and the New York independents, the rest of the nation’s independents must struggle on, alone and with little support from their big brothers in NY. While the other 49 states bleed, sweat and cry over their efforts to elect independent candidates in their respective states, they are blindsided when they find out that some of the very same Democrats and Republicans they are facing off against are actually supported by the independents at CUIP in New York. Can you imagine the betrayal one must feel upon discovering that fact?

One look at CUIP’s literature, as well as Jackie Salit’s itinerary for this year’s conference, makes it somewhat obvious. New York independents have been encouraging the rest of us to campaign and volunteer for Democrats and Republicans over their own independents for years. In fact, highlighting the conference is Salit’s documentary praising independents for organizing and delivering for the Democratic nominee for President, Barak Obama.

One could argue that it’s a blatant and organized act of sabotage against independents nationwide if the formula didn’t work so well in New York with their election rules. Independent mayor Bloomberg is evidence enough. Bloomberg is a past Democrat, then Republican, now independent.

However, that formula doesn’t work throughout the other 49 states where the rest of the nations’ independents are up against the very same two parties the NY independents love to support. It’s a matter of philosophy, not betrayal. This column is probably going to sound angry and frustrated, and for that, your author apologizes. But it’s only because of the passion, love and 25 years worth of battle scars your author has from fighting on behalf of independent and third party candidates.

Led by New York, much of the American independent political movement, for one reason or another, completely shuns the idea of creating a national third party to give the 40% of independent Americans a home. Instead, they continually push the Democratic and Republican Party candidates to embrace independent issues such as ballot access, debate exclusion and other topics that are important to us as a movement. At that point, the independents in NY like to endorse the most independent-friendly Democrat or Republican.

The other half of the American independent movement has a different strategy. They wish to start a legitimate national political party. The latest example is the Independence Party of America, ironically enough, out of New York. After a bitter and ugly civil war within the NY independent movement, the national-leaning Frank McKay won out and took control of the Independence Party of NY and its 400,000 members. In 2007, he inherited the non-existent national office of the Independence Party. Your author would love to give the IPA’s contact info. However, Mr. McKay or anyone from his staff has never, ever responded to any of numerous attempts to contact him over not only the past few weeks, but the past few years.

That, from your author’s perspective, is a shame. At least Ms. Lenora Fulani, or one of her staff at CUIP, has replied to every single communication we’ve ever sent them over the years. But America is desperate for a third party not another Political Action Committee. Some believe the Independence Party was destined to be that party.

But thanks to the American media and their self-imposed bias toward independents and third parties, the Independence Party is the least known political party of them all. And as the numerous examples in the article suggest, it doesn’t appear they are going anywhere fast, even with dedicated volunteers like Ms. Salit in New York city, your author here in Chicago and a host of other unsung heros throughout the country.

So, who’s to say? The New York philosophy has proven time and again that Republican and Democratic elected officials will betray their promises and the independents that elected them with the most recent example being President Obama. The ‘national party’ philosophy hasn’t worked either. The Reform Party had its chance but was doomed by its nomination of a non-politician and naïve citizen in the person of Ross Perot. While leading both Bush and Clinton in all national polls, Perot shocked the world by announcing he was dropping out of the race due to threats made toward his daughter. The threats and terror tactics, he claimed, were the work of the Republican Party of Texas, owned lock, stock and barrel by the Bush family. Perot was also a Texas resident and simply didn’t have the experience and nerve of the typical independent campaigner to withstand even the standard Republican dirty tricks.

After that, Perot attempted to replace all 50 of his state chairmen with 50 new chairmen who reportedly were employed by Perot’s billion dollar corporation. In an attempt to control the animal that Perot himself had created, he strangled it to death until it was infiltrated in a nation-wide, covert effort by Pat Buchanan and his Buchanan Brigades.

The Buchanan Brigades made good on their threat to leave the Republican Party if the GOP didn’t do more to outlaw abortion and overturn Roe v. Wade. With only a handful of remaining die-hard independents left to fight off the fanatical invaders, the Reform Party was lost forever to the single-issue special interest group.

Those of us that hadn’t had enough abuse or disappointment yet, your author included, regrouped with other remnants of Perot’s original United We Stand America as well as those still fighting the Buchanan Brigades for control of the Reform Party. Together with the daily trickle of newly awakened independents, we as a national movement began the Independence Party. However, as its basic definition and as a result of the previous take-overs by Perot’s corporation and the pro-lifers, the Independence Party was set up as a loose confederation of state parties with little or no national office and even less of a national platform.

And that brings us full circle to today’s meeting of the National Conference of Independents in New York. Indications already point to the event being another stop on the promotional tour and a recap of how devastating their own policy of supporting Republicans and Democrats has been to us. But when your author looks down the list of panelists, there may be hope.

Assembled in New York this weekend is a virtual who’s who of American independent politics. And not the media darlings like Palin, Ventura or Bloomberg. No, these are the men and women who make it all happen behind the scenes. Panelists include Theresa Amato, John Avlon, Lenora Fulani, Michael Hardy, Douglas Schoen, Jim Mangia, Cathy Stewart and Bradley Tusk.

These are the standard-bearers for independent candidates nationwide. And while your author has disagreed with some of them in both philosophy and practice, we are one movement. We are just as strongly united today in our support for free and fair elections, the U.S. Constitution, fiscal responsibility, social justice and an end to corruption in government as we’ve ever been in the 25 years we’ve been fighting this fight.

The question is, in what direction will our national leadership take us? Will we continue to support Democrats and Republicans as powerless individuals with our check book in one hand and our single vote in the other? Or will we finally get back up, dust ourselves off and form a national political party again? Your author is as eager to find out as anyone. We’ll keep you posted…

If you’d like to receive this daily column in your email inbox, simply click on the ‘Submit’ button above and enter your email address. It’s free and you can unsubscribe at any time.