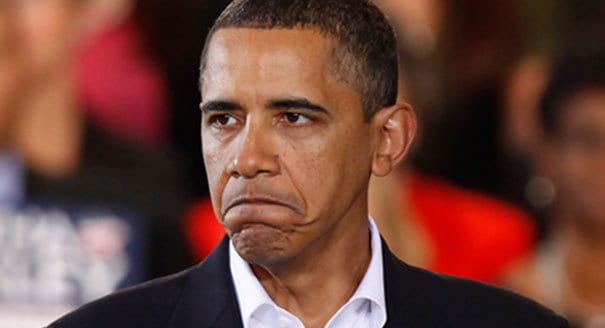 President Obama has seen his approval ratings slowly plummet this year. Read last week’s Whiteout Press article ‘Obama Approval Rating Drops to 39 Percent’ for more information. His Republican challengers appear to have capitalized on the public’s lack of confidence in the current administration.

In a one-on-one race for President in 2012, who would voters support?

One interesting observation from the data is that of all the GOP candidates, the only one that is favored among unregistered voters is Texas Congressman Ron Paul. Gallup also broke out the totals for Americans who are not registered to vote. In those cases, President Obama beats all 4 GOP challengers and adds an average 3 percent to his margin of victory – in every race except against Ron Paul.

In a race versus Texas Congressman Paul, President Obama’s numbers among unregistered voters actually go down. Against the other Republicans, his numbers go up. Also, Ron Paul shows independent voters flocking to his candidacy from President Obama’s more than any other GOP candidate. The only Republican candidate not to beat the President among independents is Michele Bachmann.

If there had to be an overall winner in this Gallup poll, it would be Mitt Romney. Mr. Romney enjoys not only one of the highest votes among his own Republicans, but he actually scores higher among independents than any other GOP candidate, including the darling of the independents Ron Paul. Lastly, Romney finishes best with Democratic voters, tied with Ron Paul. While each GOP candidate has their niche of voters, Romney seems to appeal to all three categories. That’s an accomplishment the next President, no matter who it is, will have to master to win.

Subscribe to Whiteout Press – only 10 emails per month in your Inbox. It’s FREE and you can unsubscribe at any time. Simply enter your email address above and hit submit.