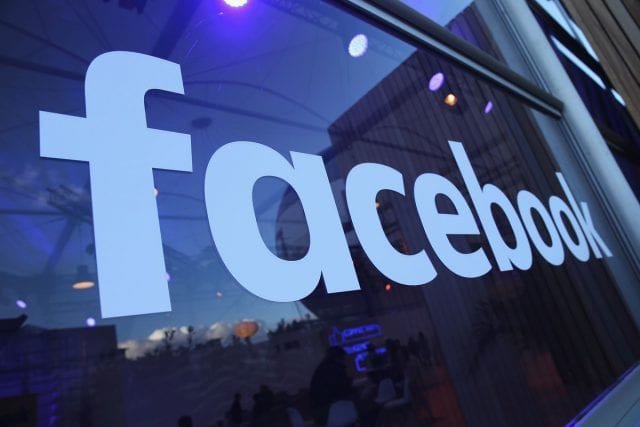 June 21, 2011. Santa Barbara, CA. The US Federal Trade Commission bestowed an important designation on a virtually unknown corporation, allowing it to mine the internet and collect personal information on American citizens. While Forbes reported yesterday that the decision was announced last week, the news has garnered almost no attention from the mainstream media.

In fact, as soon as Forbes published their article yesterday, special interest publications like PC Magazine also began covering the story. In reality, the FTC decision was made well over a month ago.

We at Whiteout Press almost gave up our investigation of the story after virtually no information could be found to corroborate it (yes, we do our best to check and verify every article we publish as best we can with our limited resources). After no comment from the FTC and no mention of the story in the national press, we stumbled upon a gold mine – the actual letter sent by the FTC to the corporation being investigated by the agency. Read it here.

Basically, a company called Social Intelligence Corporation out of Santa Barbara, California had been under investigation by the Federal Trade Commission – Division of Privacy and Identity Protection, Bureau of Consumer Protection. The FTC confirmed the nature of the investigation was to determine whether or not Social Intelligence was complying with the law under the Fair Credit Reporting Act.

Admittedly, the decision by the FTC to cease their investigation with the determination that “no further action is warranted at this time”, was based on information voluntarily supplied to the agency by Social Intelligence detailing their policies and procedures. The FTC notification specifically states, “This action is not to be construed as a determination that a violation may not have occurred, just as the pendency

of an investigation should not be construed as a determination that a violation has occurred. The

Commission reserves the right to take further action as the public interest may require.”

In reality, Social Intelligence mines the internet, including social sites such as Facebook and MySpace, and captures messages, postings and even those wild crazy pictures. Anything that is posted to the internet is fair game – including items in password protected accounts. For once a social site user ‘friend’s someone, that friend now has access to the site user’s personal information. Through a never-ending chain of friends (and they tell two friend, and they tell two friends), Social Intelligence could theoretically access everyone’s information, including those embarrassing pictures and belligerent wall posts. And even if the user deleted the content, it could still live on forever in the data vaults of Social Intelligence.

In all fairness, Social Intelligence Corporation presents itself in a most respectful and nonintrusive light. The company is merely providing a service. Just as banks and landlords run credit checks on potential customers and tenants, employers have also adopted the practice when screening potential employees. Now, in addition to credit histories, they can take it one step further and literally purchase printouts of posts, pictures, videos and screenshots from Facebook and other social media outlets.

Social Intelligence insists they only store the content they mine for seven years and only if it’s not disputed. Also, compliments of the Fair Credit Reporting Act, if any information provided by Social Intelligence is used in a negative determination by potential employers, the rejected job applicant has the legal right to see his or her ‘social media report’ and challenge any false or inaccurate information.

Critics of the industry allege that the mining and collecting of pictures, videos and wall posts of American citizens on a nationwide basis is nothing more than domestic spying and an invasion of the public’s privacy. Specifically, privacy advocates make the following points:

While credit agencies and law enforcement agencies specifically track actual, physical occurrences or financial transactions, Social Intelligence tracks feelings, verse, quotations not noted as quotations and pictures and videos – none of which is documented or verifiable as actually accurate and not simply colorful social soul-letting.
Social Intelligence requires written authorization from each person before it can release any of that person’s social media information. However, employers are lumping the ‘release’ with the other waivers job applicants must sign to apply for a job. Such releases include authorization to view the individual’s credit bureau files, criminal history, personal background checks and consent to perform drug screens and physicals. The social media release will simply be one more.

Social Intelligence, and other corporations providing similar services, can’t distinguish between hundreds of people with the exact same name. Social media doesn’t ask for or provide social security numbers or home addresses. The information Social Intelligence collects is too generic to be specifically assigned to each individual American citizen in the same way that the FBI does. In response, Social Intelligence explains on its website, “we use their name, address, email, previous and current employer, and education to confirm that our consumer report matches the subject we are researching”.
One final criticism is the loose standards for the believability of social media information. Again, according to Social Intelligence’s website, “All of the data we access is publicly available online and has been posted by the individual we are researching”.
If that final declaration is any indication of the strict guidelines employed, one may wonder if the company applies such assumptions to the rest of their promises. For instance, unless Social Intelligence is standing right behind each person as they upload those embarrassing photos, they have absolutely no right to guarantee the information was posted by the individual being researched.

It was as recently as a week ago that Congressman Anthony Weiner (D-NY) resigned from office for circumstances involving semi-nude pictures of himself being sent out via social media. The Congressman’s first explanation – he didn’t send those pictures. His social media account must have been violated. The reason that was his first thought and such a believable explanation was that the occurrence is quite common, often without the user even being aware that someone is using their social media accounts. Quite often, it’s a friend or family member logging into an account to play a prank or joke.

In such a case, a job applicant has but one immediate recourse – explain to the job interviewer that someone else posted that comment or uploaded that photo. The only problem, due to the content of a person’s social media account, that applicant probably won’t ever get that far.

“While we store information for up to seven years we do not “reuse” that information for new reports. Per our policies and obligations under the Fair Credit Reporting Act, we run new reports on applicants on each new search to ensure the most accurate and up-to-date information is utilized, and we store the information to maintain a verifiable chain-of-custody in-case the information is ever needed for legal reasons. We are not however building a “database” on individuals that will be evaluated each time they apply for a job and potentially could be used adversely even if they have cleaned up their profiles.”

While Social Intelligence’s above statement is reassuring and appreciated, there still exists the all too often occurrence of social media accounts being hijacked by outside individuals. Read the May 16, 2011 Whiteout Press article – Symantec Warns Facebook Users. See just how vulnerable your social media accounts truly are.